USS Lassen and 'innocent passage': The devil in the details 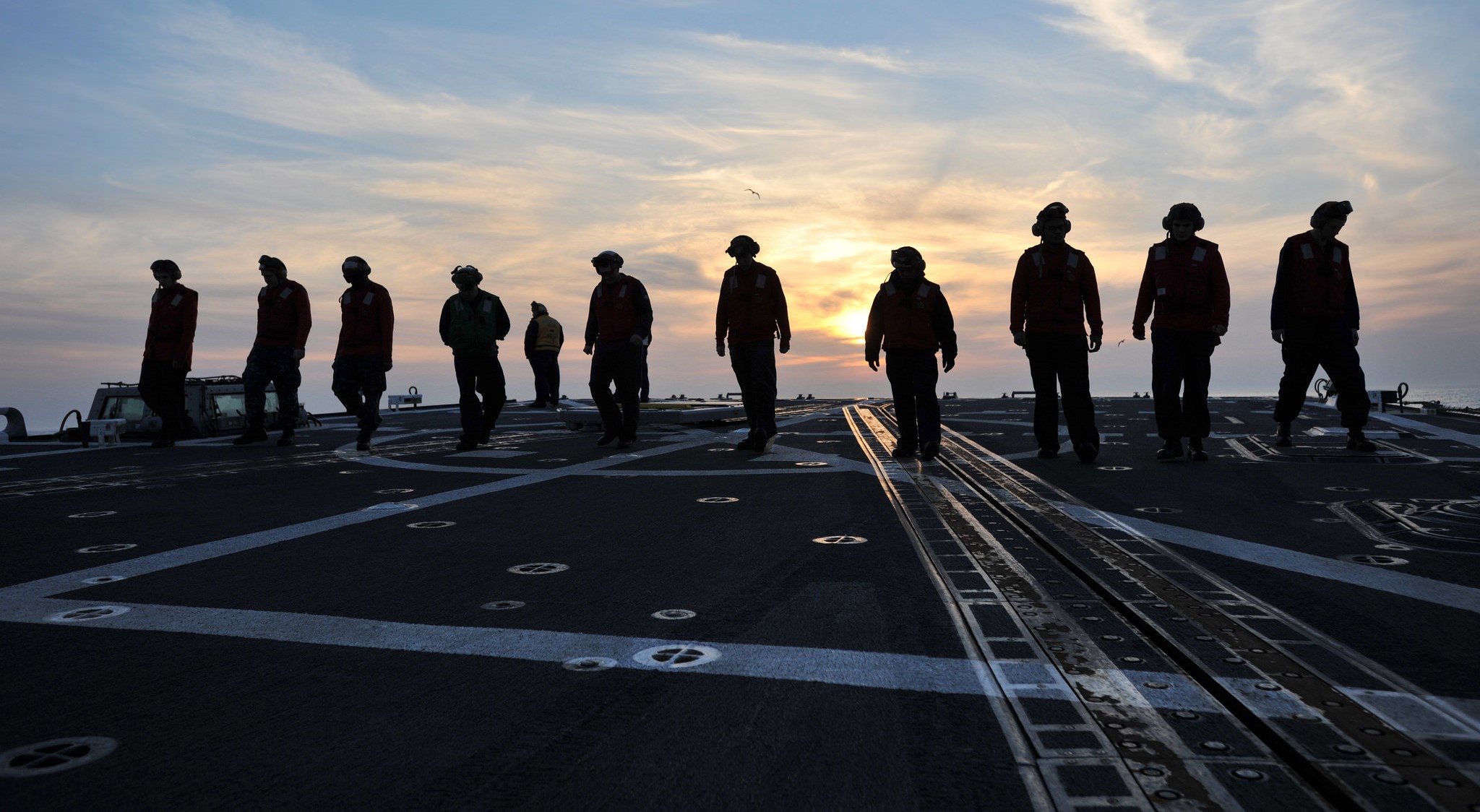 When reports began surfacing last week that the USS Lassen's 27 October transit past Subi Reef was conducted as 'innocent passage', my post ('Innocent Passage: Did the US just Fumble its South China Sea Strategy?') was intended to raise questions and to explore the potential implications, particularly the risk that the US had inadvertently strengthened China's hand by tacitly accepting a territorial sea around a built-up feature not entitled to generate one. Details of Lassen's transit are still fragmentary but enough has emerged to be confident that the mission was conducted consistent with innocent passage, while also asserting the US Navy's freedom to transit through contested waters without prior authorisation.

The above is an excerpt from a 2010 US Government map of the South China Sea. The full map can be found here.

There is no question this was a freedom of navigation operation (FONOP), but it was FONOP-lite.

Late last week, US Naval War College Professor Peter Dutton and Lowy Institute Non Resident Fellow Bonnie Glaser published an article for the National Interest.* Citing my piece, the authors took issue with the 'accusation' that the US had fumbled its first FONOP by conducting an innocent passage. This, they said, reflected an incomplete understanding of the UN Convention on the Law of the Sea (UNCLOS).

The crux of their argument is that it was appropriate to conduct the Lassen's transit past Subi Reef as innocent passage because Subi is a low-tide elevation (LTE) that sits within the territorial sea of Sandy Cay, a feature they claim is occupied by Vietnam. Subi can therefore be used as a base point to 'bump out' the territorial sea generated by Sandy Cay (for an LTE to be used as a base point, it must be less than 12 nautical miles from land). Accordingly, innocent passage applies, not high-seas freedoms that would enable US naval vessels and aircraft to operate without restriction.

Glaser and Dutton's assertion that innocent passage should apply to Subi as an LTE rests on Sandy Cay being within 12nm and on a state being in control. It's a thought-provoking, highly technical argument, which raises as many questions as it answers. The authors correctly assert that the geography of the Spratly archipelago is key to understanding the nature of the US Navy's freedom of navigation operation.

However, from my reading and other reaction since, Dutton and Glaser appear to have confused Sandy Cay with Sand Cay.

Sand Cay is occupied by Vietnam, but too far away from Subi to be relevant. Sandy Cay, as a feature above high water located approximately 9nm from Subi, meets the requirement of proximity and potentially qualifies for a territorial sea. If we accept, for the sake of argument, that Subi is an LTE subordinate to Sandy Cay, would innocent passage apply? I'm not a lawyer, but that assumption appears problematic based on the authors' own contention that 'it is control of the feature that confers security rights', including innocent passage. As an unoccupied feature it is not clear that Sandy Cay is under the effective control of any state, nor would this be affected by the artificial structures China has erected upon Subi Reef, since it is not the originating feature. Therefore, it is questionable whether innocent passage would apply to Sandy Cay or a subordinate LTE.

One unintended and, in the circumstances, ironic consequence could be to stimulate competition between China and other claimants in order to gain effective control over Sandy Cay, if it's identified as the key to legal title over Subi (though its ability to generate a territorial sea would have to be independently determined).

A surprising omission by Dutton and Glaser is Thitu island, relevant because of its proximity to Subi and Sandy Cay. Thitu, one of the larger features occupied by the Philippines, appears to be fractionally beyond 12nm from Subi Reef. If the Lassen passed between Thitu and Subi (where we know it came within 6 miles), a more straightforward rationale for adopting innocent passage would have been with reference to Thitu island, since it is occupied and definitely entitled to a 12nm territorial sea. Instead, the focus has shifted to Sandy Cay, with the worrying implication that the Philippines and China may now feel pressure to demonstrate physical control, with all that entails.

We should not forget, amid the understandable excitement about China's island-building program in the Spratlys, that Beijing has not declared baselines or territorial waters anywhere in the South China Sea south of the Paracel Islands. China therefore hasn't laid formal legal claim to any feature in the Spratlys, notwithstanding President Xi Jinping's recent reiteration of sovereignty over islands in the South China Sea as 'Chinese territory since ancient times'. Nor have the Southeast Asian Spratlys claimants declared their own territorial seas there.

Stepping back from the migraine-inducing minutiae of passage regimes and maritime claims, what are we to make of this ever-thickening legal tangle? The first lesson from the convoluted ex post facto explanations being marshalled in the US to justify the Lassen's circumscribed FONOP last month is that, where the South China Sea is concerned, the devil lurks unexpectedly in the details. The aim of encouraging China and others to clarify their claims in conformity with UNCLOS is hard to argue against, but, in such a complex setting, clarity brings unpredictable consequences, as the messy post-mortem from the Lassen's passage is making clear.

The second point is that it doesn't pay to be too clever about sending signals. If they have to be 'deciphered' by subject specialists, chances are you've already lost the target audiences. Glaser and Dutton appear to be sensitive to this criticism of US policy.

The intimidatingly named Mischief Reef, originally briefed as a location for the Lassen's FONOP, was apparently shunned because it is more operationally difficult, including for navigation, but also because there is a more formidable Chinese presence there than at Subi. However, Mischief Reef has the singular advantage of being a relatively isolated LTE without any entitlement to territorial waters or innocent passage, therefore ideally suited to clarify the US position by conducting a surface FONOP (and preferably overflight) in the normal operational mode. This doesn’t have to be a 'blatant' challenge as Dutton and Glaser suggest, but in future the US should avoid mixing its signals by combining innocent passage with freedom of navigation assertions.

Until formal territorial seas have been declared by claimants in the Spratly Islands, the elegantly simple solution would be for the US Navy to act accordingly.

*Editor's note 26 November 2015: The text of the cited National Interest article has changed since this post was published on The Interpreter on 9 November 2015.