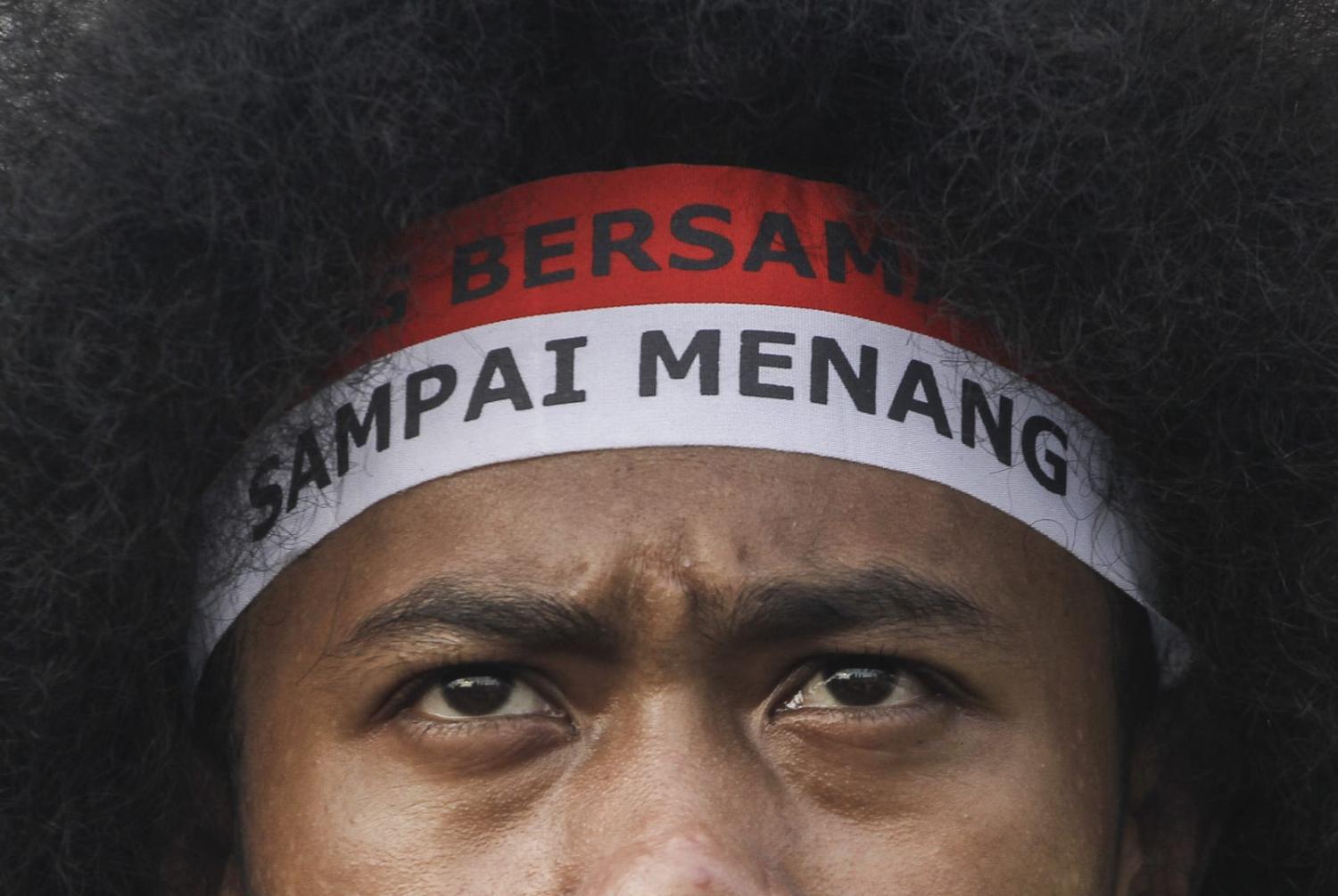 After two years of pandemic killjoy, Indonesia’s Independence Day celebrations last month had a festive feel. During a ceremony at Merdeka Palace in Jakarta, the public was entertained by the rare spectacle of President Joko Widodo’s cabinet ministers dancing to a dangdut rendition sung by recent online sensation 12-year-old Fadel Prayoga. High-ranking political figures, from Finance Minister Sri Mulyani to Defence Minister and two-time presidential rival Prabowo Subianto (who recently announced he’s going to run for office again in 2024), all got up from their seats to jive, albeit a bit awkwardly.

But the festivity could easily have involved a sour note.

The original plan had also been to celebrate by ratifying the country’s new criminal code on 17 August as “a gift” to the nation in a move that may well have incited widespread protests. Back in 2019, the government had been ready to make the code official before student activists and a coalition of non-governmental organisations flooded the streets in what became Indonesia’s largest pro-democracy movement in more than two decades. The prospect of civil unrest back then was successful in forcing lawmakers to postpone the code’s ratification – only for them to pick up where they left off three years later.

Some provisions in the proposed criminal code seem to define unlawful acts through a conservative-religious lens.

Public animosity towards the bill is largely due to a perception that the code will carry negative consequences, including opening the way to prosecute actions that should not be treated as a criminal offence (such as a fine of up to IDR 1 million for homeless people who disturb public order). It will allow criminalisation based on very loosely defined provisions, such as violating “Living Laws” that are yet to be codified by the state but implemented by the local community. The National Alliance for Criminal Code Reform compiled 24 problems still unresolved within the current draft, warning that its implementation might exacerbate Indonesia’s prison overcrowding problem.

Some provisions in the proposed criminal code seem to define unlawful acts through a conservative-religious lens, such as clauses that enable parents, spouses and children to report family members to the police for conducting sex and cohabitation outside of marriage. The reform alliance argues that this mechanism will likely exacerbate the rate of child marriage in the country, as it provides the nudge for parents to prevent their children from committing adultery. Another clause will prohibit people outside medical professionals from publicly demonstrating the use of contraceptive devices, completely ignoring national and global health goals in preventing the spread of HIV and other sexually transmitted diseases.

If Joko Widodo’s administration is often described as narrowly focused on economic growth, it is peculiar that it failed to see how these provisions will be detrimental to Indonesia’s development agenda. Child marriage is estimated to cost around 1.7 per cent of Indonesia’s GDP as it conditions young people, especially girls, to cease their education early, which prevents them obtaining the required skills to participate in the job market.

Meanwhile, the annual expenditure for HIV/AIDS in Indonesia has previously reached more than US$100 million, resulting in a large cost to the public purse.

If the provisions in the draft criminal code make no sense from a development standpoint, this conservative turn could instead be seen as efforts to cater to political Islam influences in hopes of attaining national stability. Andreas Harsono of Human Rights Watch claims that Islamists consider the draft criminal code to be the “crown jewel” of their protracted efforts to exert the influence of Sharia law in Indonesia. After years of antagonistic relations with the Islamic populist coalition, the government sought to dismantle the social base of its opposition by disbanding two large Islamic groups, Hizbut Tahrir Indonesia and the Islamic Defenders Front (FPI) for conducting “anti-nationalist activities”. If this political ban amounts to a stick approach, the draft criminal code appears to be the carrot of positive reinforcement, showing that the government is nonetheless willing to cater to their religious socio-cultural aspirations – provided that they don’t themselves pose a political threat.

Other, more repressive clauses in the criminal code include reviving anti-defamation provisions against the president, vice president and government. These were remnants of the colonial lèse-majesté law that sought to protect the sovereignty of the Dutch monarchy and had previously been annulled by the Constitutional Court during Indonesia’s period of democratisation in the 2000s. The code also contains a rubbery provision criminalising public acts of protest deemed to “disturb public order” or other collective acts of protest without a permit from the local police.

This preoccupation with stability implies that Indonesia’s political landscape is moving towards post-populism, a bid to resolve the disastrous social effects brought about by polarisation amongst nationalist and religious factions. At a basic level, the shift signifies that the government is aware that its technocratic agenda can only be achieved by a degree of democratic consolidation among the otherwise perpetually conflicting elites – even if this harmonisation can only be achieved through mechanisms that largely foreclose the possibility of political opposition.

As Indonesia prepares to host the G20 leaders’ summit in November, the draft code will probably be ratified some time before the event to forestall any major protests, with it to be made official afterwards. For Indonesia’s democratic civil alliance, the next two months will be crucial for negotiations to ensure the bill respects principles of human rights, as well as align it to the administration’s own development goals.

Previous Article
Death of a Russian ultranationalist
Next Article
Downer, Turnbull, Trump and a poke in the Five Eyes

In a win for Asia, Pangestu brings a practical bent that will hopefully ground some of the loftier Bank pronouncements.
Cornelia Tremann 20 Dec 2018 06:00

The Asia Pacific is the most dynamic digital landscape in the world.