Just a diplomat doing his job? A new book puts the spotlight back on Australia, Russia and interference in the US election. 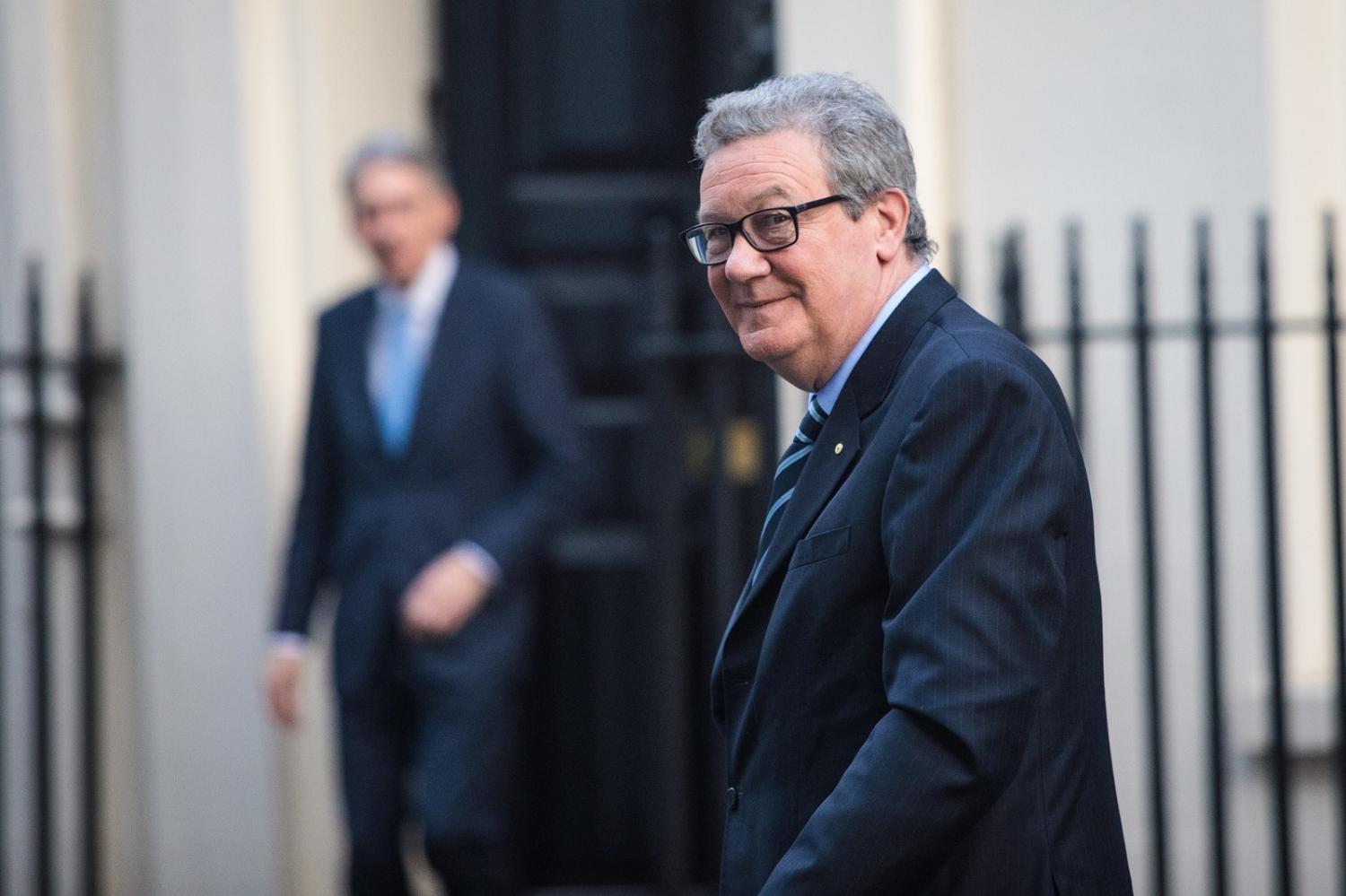 “What he did would have got any other ambassador sacked. It was reckless and self-indulgent and put the Australian government in a very awkward position.”

Strong comments from Malcolm Turnbull. Even more remarkable considering that the former prime minister was reflecting on the performance of Alexander Downer, a fellow Liberal, Australia’s longest-serving foreign minister, a former UN special envoy and Australia’s one-time High Commissioner in London – the job where Turnbull’s barbs are aimed. “Foolish behaviour … blundering … blurting out political gossip … worst possible way to do it.”

Downer’s notorious 2016 drinks with Donald Trump aide George Papadopoulos have again hit the headlines, the wine bar chat said to have triggered an FBI investigation into Russian interference into the US presidential election that year. Or the “Rigged Witch Hunt”, as Trump would have it.

The latest adventure into this prickly history comes via extracts from a newly released book, The Secret History of the Five Eyes, by journalist and filmmaker Richard Kerbaj. And the book – canvassing the controversies and intelligence ties between Australia, the United States, the United Kingdom, Canada and New Zealand – has quickly caused a stir.

Some have described Downer’s actions as “those of a diplomat doing what he was paid to do: gather information in Australia’s national interest”.

Former UK Prime Minister Theresa May reportedly confessed doubts about continuing a “special relationship” with Washington after unfounded allegations of British eavesdropping on Trump. China, meanwhile, is complaining about details in the book of American pressure on Britain to force Huawei out of the country’s 5G network. Canadian spies are accused of knowing that an informant helped smuggle British teenager Shamima Begum into Syria to join Islamic State, a claim that Prime Minister Justin Trudeau has now pledged to examine. (Begum is in a long-running legal stoush in a bid to return home after being stripped of citizenship.)

But back to Downer and concern that what Papadopoulos allegedly said at the drinks “should only have been passed on to the Americans via the most discreet intelligence community channels”, as Turnbull put it to Kerbaj.

To refresh the timeline: Downer met Papadopoulos at Kensington Wine Rooms in London in May 2016, hearing, he says, Papadopoulos claim Russia had a dirt file on Trump’s Democratic rival Hillary Clinton.

“It sounded bad, but my attitude at the time was who would know whether this was even true,” Downer is quoted by Kerbaj.

Afterwards, Downer sent a cable back to Canberra reporting the conversation. Some six weeks went by until July when Trump was officially endorsed as the Republican candidate. Downer then decided to bring the Papadopoulos claims directly to the attention of the US chargé d’affaires in London, Elizabeth Dibble.

“He had no authority from Canberra to do this,” Turnbull wrote in his 2020 memoir, “and the first we heard of it in Australia was when the FBI turned up in London and wanted to interview Downer.”

Cue what is by now a long-standing debate.

Some have described Downer’s actions as “those of a diplomat doing what he was paid to do: gather information in Australia’s national interest”. Joe Hockey, who had to contend with the fallout in Washington as Australia’s ambassador at the time and warning it could have put intelligence sharing at risk, has also defended the actions of his former colleague.

Other questions have been raised about the urgency with which the information from Downer’s initial cable was passed on to the Americans (or whether it was passed on at all). Trump pressed Scott Morrison to examine Australia’s role. Papadopoulos, who spent a fortnight in prison for lying to investigators and was later pardoned by Trump, casts the whole episode in vastly conspiratorial terms.

Downer, while admitting he would have voted for Trump, has been dismissive:

I’ve had to put up with four years of Trump and some of his fringe cronies claiming I was part of a conspiracy with Hillary Clinton, the FBI, CIA, MI6, Italian intelligence, ASIS, Ukrainian spies and who knows who else, to bring him down. Twitter is full of demands from the hysterical right that I be sent to Guantánamo Bay.

So, rewind. In 2016 – before the Trump presidency, Brexit, “fake news”, the “deep state” and the passing parade of Putinistas that has turned modern politics into a circus – it might not have been obvious what was about to be unleashed. But in Turnbull’s view, Downer’s action brought into question “the discipline and professionalism of our foreign service”, which was enough for him to be sacked. Why wasn’t he?

“Alexander was a good friend of mine and the foreign minister, Julie Bishop. He is our longest-serving foreign minister, a former leader of the Liberal Party. And at the time we learned of his foolish behaviour we had every interest in keeping it confidential.”

But this raises another enduring and yet unanswered question about this whole messy episode. Why wasn’t Downer’s involvement kept confidential, given the Five Eyes intelligence sharing network is built on trust and secrecy?

Previous Article
Indonesia’s criminal code a step backwards, not forwards
Next Article
A new solidarity? Olaf Scholz on the future of Europe

A Balochistan independence group has ordered Beijing to quit its interests in the region … to no effect.
Casper Wuite 4 Apr 2018 11:15

Piracy and smuggling are already a menace. Add a budding Islamist insurgency, and far-reaching implications may follow.