As G20 host, Indonesia’s president is on a drive to burnish his international credentials and win kudos at home. 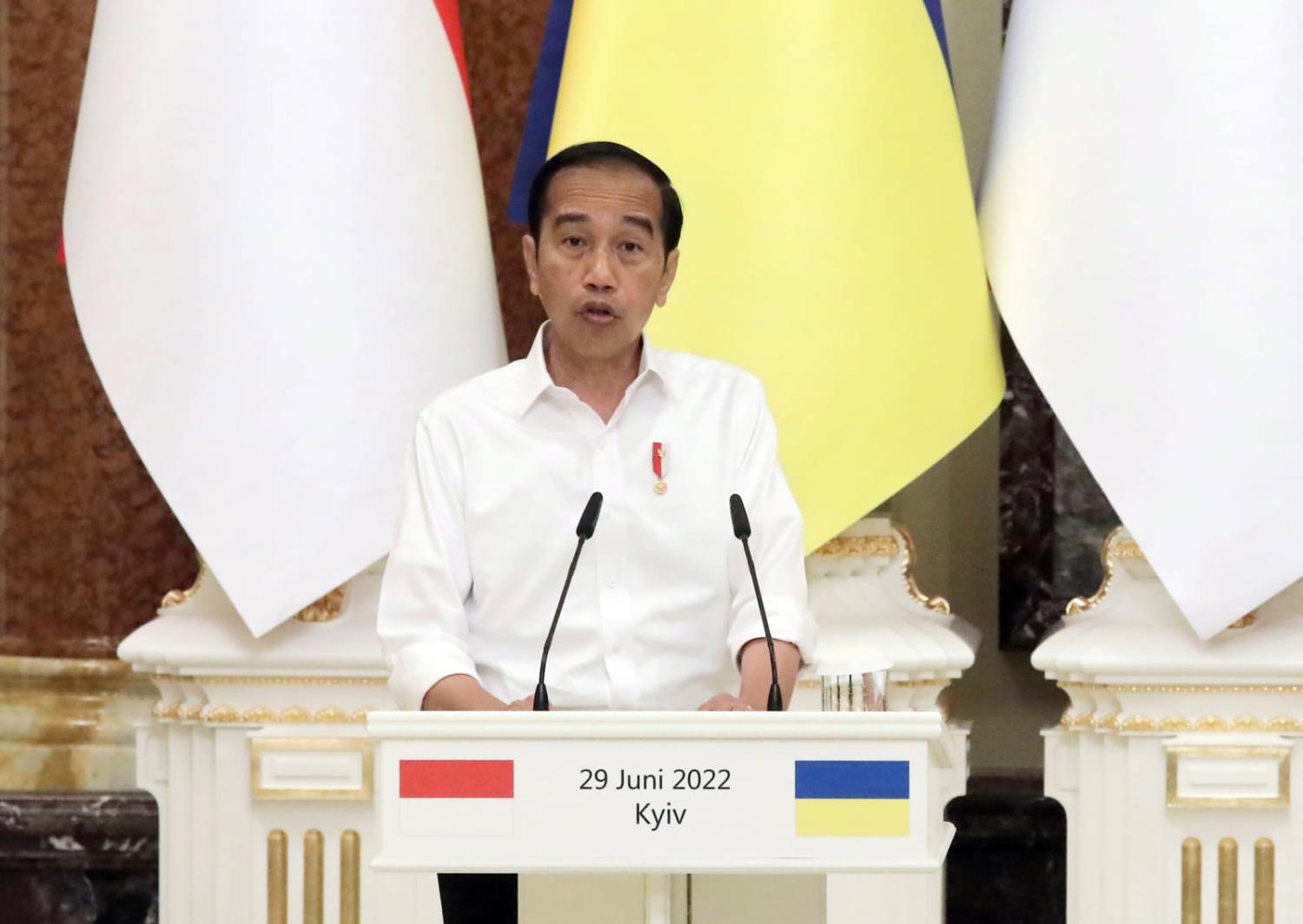 When Indonesia’s President Joko Widodo first came to office in 2014, many pundits had doubts about his capacity for foreign policy, especially when compared to his predecessor, Susilo Bambang Yudhoyono, who had championed Indonesia joining the G20. It was suggested that Jokowi, as the President is popularly known, might leave major foreign policy initiatives to “key advisers”.

And for the most part, throughout his first and ongoing second term, this sense of Jokowi’s global reticence proved to be true, with Foreign Minister Retno Marsudi largely in the driver’s seat in terms of steering Indonesia’s course in the world.

But between 27 and 30 June this year Jokowi raised eyebrows when he embarked on what was dubbed a “peace mission” to urge an end to the war in Ukraine. After attending the G7 Summit in his capacity as the current chair of the G20, Jokowi headed to Kyiv to see Ukraine’s President Volodymyr Zelenskyy and then to Moscow where he was hosted by Russia’s Vladimir Putin. “The Indonesian Constitution mandates Indonesia to always try to contribute to the creation of world peace,” Jokowi said of his visits to Kyiv and Moscow. “Although it is still very difficult to achieve, I still convey the importance of a peaceful settlement, and the spirit of peace must never fade.”

Such a trip would have been an ambitious gambit for any experienced statesman, let alone the inward-looking president that Jokowi has been for all these years. Jokowi had, admittedly, some experience with international conflict resolution. His first effort had taken the form of his January 2018 visit to Afghanistan and Indonesia’s subsequent brokering of intra-Afghan peace talks in Bogor, which, however, failed to produce lasting results.

If his recent European mission was to be judged solely on the merits of having helped dampen Russian aggression in Ukraine, then it clearly fared little better than his Afghan foray. But if Jokowi’s ultimate goal was to safeguard the November G20 Summit in Bali from degenerating into chaos, especially over concerns about Putin’s mooted attendance and the invitation also extended to Zelenskyy, then we are yet to see how it ends.

There were also signs that Jokowi’s agenda for this trip encompassed far more than just peace between Russia and Ukraine. As Indonesian international relations expert, Radityo Dharmaputra pointed out, Jokowi appeared to have one eye on the home front as much as any concerted attempt at mediating between Ukraine and Russia.

The “feel-good” factor engendered by Jokowi’s European tour back home was unmistakable. Images of the president being held in an embrace by US President Joe Biden at the G7 Summit were splashed across Indonesia media. Local media compared the length of the table used by Putin when he held talks with Jokowi – about 1.5 metres long – with the “six-metre” one used for his meeting with French President Emmanuel Macron, concluding that the Indonesian president was on better terms with the Russian leader.

Jokowi has come a long way with regard to how he views multilateral organisations.

Domestic politics also appeared a factor. In comments later endorsed by his chairwoman and Jokowi’s political patron Megawati Sukarnoputri, an Indonesian parliamentarian from the president’s own party, PDI-P, had challenged Jokowi to show his international mettle by using Indonesia’s G20 presidency to broker for peace between Russia and Ukraine instead of merely playing the role of an “event organiser”.

If the tour proved notable, it was a more confident and suave Jokowi who took to the world stage. He has come a long way with regard to how he views multilateral organisations such as the G20. In 2014, when Fisheries Minister Susi Pudjiastuti questioned the benefit of G20 membership and raised the prospect of pulling out, Jokowi confessed that he had yet to make up his mind about the organisation.

But by 2018, when Indonesia played host to the IMF-World Bank Annual Meeting, Jokowi’s speech at its opening plenary event gushed with enthusiasm for the two world bodies.

In the coming days, Jokowi is set to visit both Beijing and Tokyo. These visits appear an extension to his European tour, a further initiative in support of the upcoming G20 summit. The president has his work cut out for him. Relationship dynamics between G20 member states have never been more intricate as a result of the war in Ukraine, and China’s Xi Jinping has also tried to use the G20 momentum to mend ties by inviting the leaders of Germany, France and Italy to Beijing in November.

A lot is at stake for Jokowi in trying to make the G20 Bali Summit this year, at the very least, a passable success, both for his personal standing and Indonesia’s national pride. The danger of diplomatic pandemonium looms, if the walkout by Russia’s Sergei Lavrov at the recent G20 foreign ministers’ forum is anything to go by.

Jokowi has shown he is prepared to go all out for his G20 success. Will it be enough?

Previous Article
From Port Vila to the Peace Palace
Next Article
Engaging with the Pacific: the legal angle

What was Factory Asia has made a subtle shift to a consumer-driven Market Asia under the “world’s biggest trade deal”.
Geoff Kitney 16 Mar 2017 13:35

There are some ideas in politics that turn a lot of laps before they find favour. Few have done the distance that a super national security department has.
Casper Wuite 17 Mar 2017 09:01

The EU should use the tools at its disposal to find short-term fixes to the crisis; a Turkey-style deal is clearly not that.