From Port Vila to the Peace Palace

Why and how Australia should support Vanuatu in taking climate change to the world’s highest court. 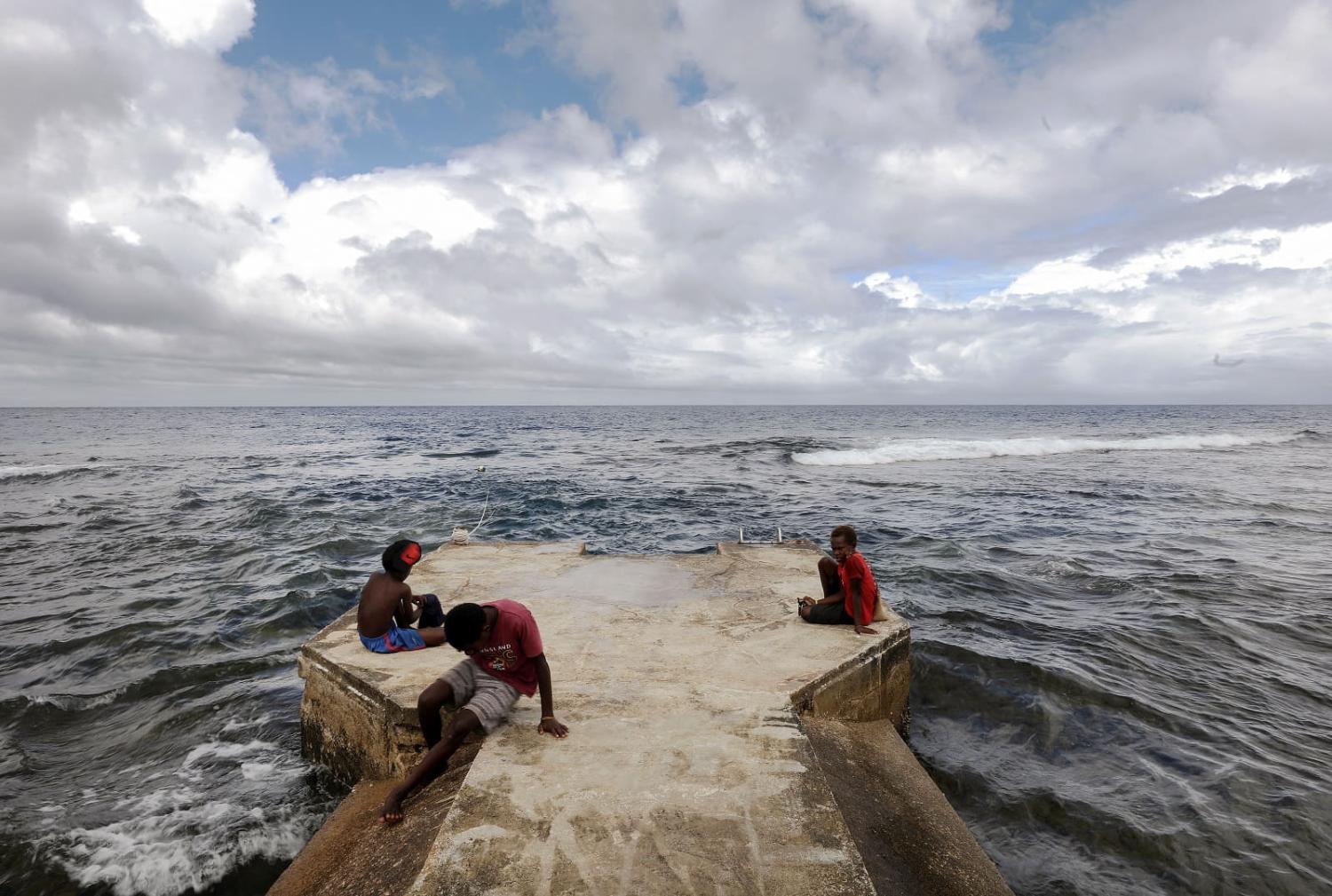 An ambitious plan to bring one of the world’s most pressing issues to the world’s highest court – which began as an idea that was kicked around by a few law students at the University of the South Pacific in Vanuatu – is now quickly gaining momentum. In September, Vanuatu will ask the United Nations General Assembly in New York to request that the International Court of Justice (ICJ) give an advisory opinion that “set[s] out with clarity the obligations of States under international law to protect the rights of present and future generations against the adverse effects of climate change”.

Australian Prime Minister Anthony Albanese has the opportunity to announce his country’s fulsome and active support for this initiative when he attends the Pacific Islands Forum leaders’ meeting this month. He should.

The ICJ’s advisory opinions are not binding, but highly influential

The ICJ’s “advisory jurisdiction” permits certain organs of the United Nations to refer legal questions to the Court for its advisory opinion. Although not legally binding, advisory opinions carry great legal weight, both at the national and international levels, and can shape the development of international law and the conduct of diplomacy. Previous advisory opinions have addressed legal questions relating to Kosovo’s unilateral declaration of independence, the wall constructed by Israel in the Occupied Palestinian Territories, efforts by Mauritius to reclaim the Chagos Archipelago and the legality of the use of nuclear weapons.

An advisory opinion may also address the question of the rights under international law of future generations, a question with possible ramifications well beyond the issue of climate change.

If the General Assembly votes in favour of requesting an opinion, it is hoped that the Court will clarify a range of legal questions that States have not been able to resolve through negotiation; these could include specific obligations relating to mitigation, adaptation and loss and damage, the ways in which States can ensure respect for human rights when combating climate change, and the legal status of so-called “climate refugees”. Such an opinion could then be used as leverage in future international climate change negotiations, and could also influence debate, legislation and litigation at the national level.

An advisory opinion may also address the question of the rights under international law of future generations, a question with possible ramifications well beyond the issue of climate change.

Australia should get behind this effort

There are three key reasons why Australia should support the push for an advisory opinion on climate change.

First, it will likely provide further urgency, impetus and direction to future international climate change negotiations, where the new government will seek to reassert a leadership role for Australia after the previous government’s absence and inaction.

Second, it will demonstrate the new government’s sincerity in wanting to reimagine Australia’s relationship with the Pacific. Regional leaders have declared climate change “the single greatest threat to the livelihoods, security and wellbeing of the peoples of the Pacific”, and the Asia-Pacific Development, Diplomacy & Defence Dialogue argues that it “should be Australia’s central foreign policy concern” in the region. Credible domestic and international action against climate change is essential if Australia is to show the Pacific that it is – in the words of Foreign Minister Penny Wong – “a partner who can be trusted”.

Third, supporting an advisory opinion will signal an end to Australia’s sceptical and – sometimes – openly hostile attitude to international institutions during the Morrison years, when the prime minister warned of a “negative globalism” that “coercively seeks to impose a mandate from an often ill-defined borderless global community”. It will show the world Australia’s determination to be at the vanguard of international responses to global challenges.

The role for Australia

Australia can support this important initiative in three ways.

The first is by declaring its intention to vote in favour of an ICJ referral  (subject, of course, to negotiations on its wording). Vanuatu has already written to the newly-elected Labor government seeking this support. Prime Minister Albanese’s attendance at the Pacific Islands Forum leaders’ meeting this month presents an ideal opportunity to announce Australia’s backing.

An advisory opinion of the ICJ is not going to “solve” climate change. No single action will.

More than this, Australia can lobby other States to support the referral. With a vastly larger diplomatic presence than Pacific Island countries – both in New York and in capitals around the world – as well as membership of the influential Western European and Others Group (WEOG), Australia is well placed to complement the lobbying that its Pacific neighbours will be undertaking, under the leadership of Vanuatu.

Finally, Australia can use the government’s impressive cadre of international lawyers – many of whom have ICJ experience from Australia’s successful whaling case against Japan – to participate in the proceedings and argue for an advisory opinion that aligns existing international law with the scientific consensus on what must be done to avoid the worst effects of climate change.

An advisory opinion of the ICJ is not going to “solve” climate change. No single action will. What is required is an international community acting in concert, consistent with international law and the scientific consensus, and mindful of the cost of inaction to the most vulnerable, including Australia’s neighbours in the Pacific. An advisory opinion of the ICJ could play an important role in reaching that objective. It deserves Australia’s support.

A reality show for the US presidential race

This first debate between Donald Trump and Joe Biden promises a collision of two Americas, but little is likely to move.
Gerda Wielander 23 Mar 2018 13:05

Happiness and the “China Dream”

The Chinese Communist Party has embraced happiness as an aspiration and a mission – not for the first time.
Srinjoy Bose , Nishank Motwani 10 Oct 2019 12:30