Engaging with the Pacific: the legal angle

The often complex and transnational legal challenges facing the region are an opportunity to foster cooperation. 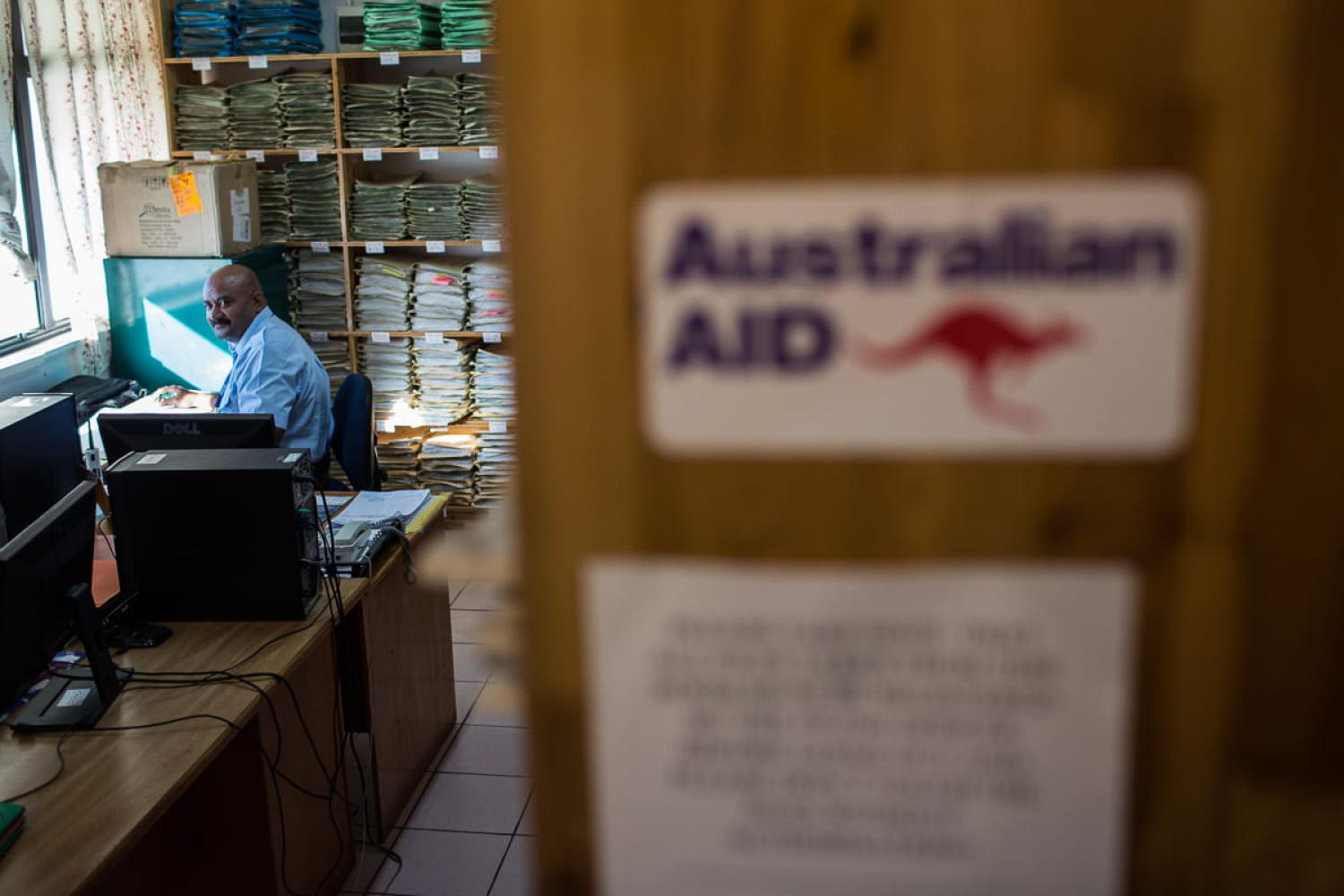 Australia can support good governance and open societies in the Pacific through investments in legal cooperation, civil society, media and other socio-political institutions in a way that is respectful of Pacific sovereignty (Connor Ashleigh/DFAT)
Published 25 Jul 2022     Follow @MConleytyler

One tool that is often overlooked in Australia-Pacific cooperation is the role of legal engagement, including support for local capacity and enhancing international legal cooperation. Pacific island countries are dealing with security issues at multiple levels. Nationally, countries are responding to challenges including illegal fishing, transnational crime and other threats, compounded by gender inequality. At a local level, community leaders and security agencies struggle to control violence and subnational conflicts. In some areas, law and order challenges and the proliferation of firearms mean that risks to individual safety are very real.

Many of these security challenges have transnational dimensions and raise issues of compliance with international and domestic law, with wider implications for the health and stability of the rules-based order across the region.

A new report from the Asia-Pacific Development, Diplomacy & Defence Dialogue sets out some ways to build Australia-Pacific relations through legal engagement.

First, the Australian government should continue to engage in and support existing mechanisms for cooperation. It can build and strengthen links with legal counterparts in Pacific governments with responsibility for foreign affairs, justice, defence, policing, domestic security and environmental protection ­– recognising that there are often complex legal interdependencies between these areas. It should further its partnership with the Pacific Islands Law Officers’ Network (PILON) – a network of senior law officers who work together to improve justice, safety and the rule of law in the Pacific. And it can renew its support PacLii which, for the tiny amount of funding involved, increases the visibility of and access to Pacific laws. When Australia’s funding finished in 2016, PNG and Vanuatu had to step in.

Second, effective cooperation can be usefully underpinned by a network of intergovernmental instruments, for example on information-sharing (including classified information), and engagement across different thematic areas – such as defence cooperation and international crime cooperation.  Australia should review existing instruments between Australia and Pacific Island countries to identify gaps and prioritise areas for potential further work.

A case study of the positive effect that international legal engagement can have is the way that Australia has responded to climate change and Pacific rights through maritime boundaries assistance.

Third, Australia can also assist in reviewing gaps in the extent to which Pacific Island countries are parties to key international treaties, including on topics such as corruption, transnational crime and money-laundering, and support countries to become parties to them including helping them work through challenges to their becoming parties to particular treaties. Australia could also offer to share its own experiences and lessons learned through implementing its legal obligations, and seek to learn more from Pacific legal counterparts and their experiences facing diverse legal issues.

Fourth, Australia can support more Pacific candidates, particularly women, for roles in international organisations and can encourage the creation of Pacific national groups under the Permanent Court of International Arbitration. It can assist with capacity-building for smaller Pacific nations in legal fields and diplomatic tradecraft to strengthen Pacific Island countries’ ability to participate effectively in international forums.

Fifth, Australian resources can assist with capacity-building. For example, Australia can provide support for security vetting systems and support efforts for intelligence sharing about persons of interest or with criminal convictions. Coordinated technical assistance can assist Pacific Island countries in setting the terms for investment for telecommunications and infrastructure, including assessing offers and setting terms in line with Pacific needs.

Finally, as well as direct legal cooperation, Australia can support good governance and open societies in the Pacific through investments in civil society, media and other socio-political institutions in a way that is respectful of Pacific sovereignty. Countries that have the pillars of peace – such as well-functioning governments, low corruption and strong connections between government and societal forms of governance – have higher resilience.

So what does this look like in practice? A case study of the positive effect that international legal engagement can have is the way that Australia has responded to climate change and Pacific rights through maritime boundaries assistance.

Climate change poses challenges for the definition of maritime boundaries of Pacific Island countries as these may change due to sea level rise and land degradation. Their response has been to utilise regional solidarity and international activism. This culminated in a commitment at the 2019 Pacific Islands Forum leaders’ meeting for a collective effort to develop international law to ensure that once a member’s maritime zones are delineated in accordance with the UN Convention of the Law of the Sea (UNCLOS), these cannot be challenged or reduced as a result of sea-level rise and climate change.

Cooperation on this issue has been supported by the Pacific Islands Regional Maritime Boundaries Project, a collaboration of regional organisations, Australian institutions and Pacific island countries which provides technical support for Pacific Island states to clarify the extent of their maritime jurisdictions. This includes depositing information about their maritime boundaries with the UN Secretary-General, preparing continental shelf submission for the UN Commission on the Limits of the Continental Shelf, updating maritime zones legislation, and delineating the limits of maritime zones, including drafting and negotiating maritime boundaries treaties. At least 49 maritime boundaries have been clarified as a result of this project.

Australia and Pacific countries have a long history of shared values and a shared commitment to the rule of law and the rules-based international order. These are essential to maintaining international and regional safety and security. Resourcing diverse forms of legal cooperation would support these goals and would be an important part of the government’s renewed focus on strengthening relationships across the Pacific.

Cox’s Bazar camps are in lockdown. No Covid-19 cases are yet reported, but infectious illness is already sadly common.
The Interpreter 27 Oct 2018 07:00

Vietnam's censorship and foreign policy, Canada's Huawei deal, Himalayan tension: the week that was on the Interpreter.
Dhruva Jaishankar 17 Mar 2017 13:24