Will Jokowi pull off a three-peat?

The Indonesian president is intent on leaving a legacy – another term in office might help him get there. 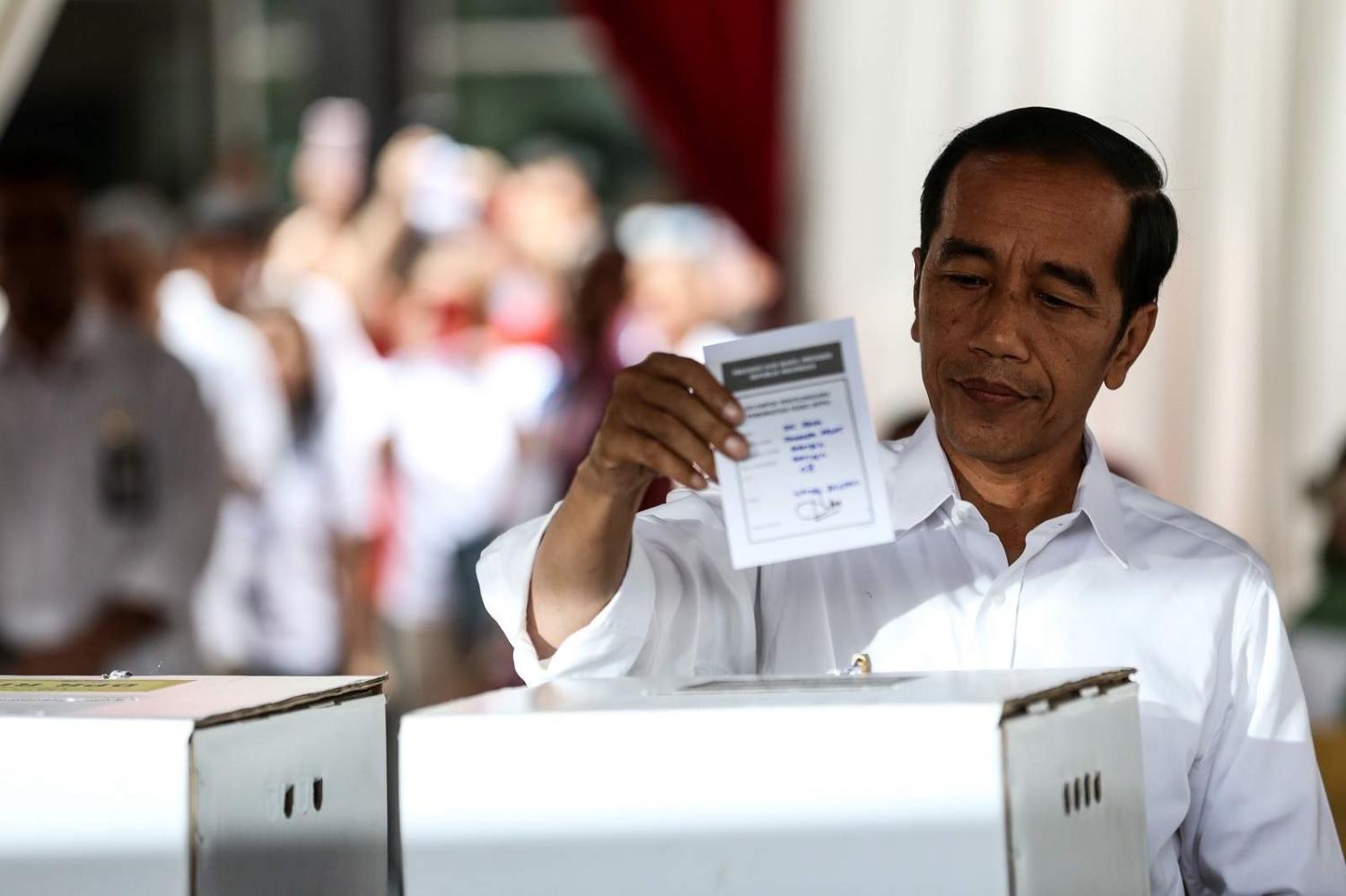 On 13 August, Indonesia’s President Joko Widodo, better known as Jokowi, granted an audience to Bambang Soesatyo, Speaker of the People’s Consultative Assembly (MPR), to discuss how to advance some “limited” constitutional amendments. The country’s press was immediately abuzz with interest, speculating on whether the proposed changes would include extending presidential tenure beyond the current two five-year terms.

When asked by the press, Soesatyo, a Golkar Party politician, claimed that such a motion was not on the agenda.

Instead, he said that the proposed amendments only concerned Articles 3 and 23 of the constitution; the former would give the MPR the power to formulate the Fundamental Outlines of State Policy (PPHN), a set of five-year guidelines for government policies. The latter would confer on the House of Representatives (DPR) the right to reject bills drafted by the executive deemed to be in breach of PPHN.

It is hard to imagine the president not asking for any trade-offs if he has to cede some of his prerogatives to parliament.

Interestingly, Soesatyo also took pains to stress that the president had been worried that the proposed amendments might turn out to be a “Pandora’s box”, out of which unexpected issues such as prolonging the presidential term might emerge. Soesatyo added that it would require the support of one-third, or 237 members, of the MPR to table such a motion.

The intended amendments, which give both the MPR and DPR new powers at the presidency’s expense, will prompt much behind-closed-doors bargaining. It is hard to imagine the president not asking for any trade-offs if he has to cede some of his prerogatives to parliament.

Since constitutional amendments are rare in Indonesian politics – the last being adopted as far back as 2002 – it is only to be expected that parties invested in abolishing the presidential term limit will use the momentum to act now.

There is already a pressure group known as Jokpro 2024 that supports an amendment that would enable Jokowi to run again beyond his current term. M. Qodari, Executive Director of Indo Barometer, who acts as a consultant to Jokpro, has argued that as 80 per cent of the seats in parliament belong to the government’s coalition parties, the one-third minimum can be achieved.

In 2019, when the MPR’s proposed amendments first became known, a public debate ensued. In typical self-deprecating Indonesian style, Jokowi waded in and publicly rebuffed the idea, accusing the people who claimed to support such a move of wanting to “slap him in the face”.

But, as history has confirmed, it is not always best to take the president’s statements at face value.

In the same year, Jokowi also told the media that his children had no inclination towards politics, and yet a year later his eldest son and son-in-law competed in mayoral races in Solo and Medan. Not only did his supporters defend this volte-face by saying that every citizen had the right to run for political office, but Jokowi even helped his son by discouraging his party’s original candidate, Ahmad Purnomo, from contesting his son’s nomination.

One of his predecessors, Suharto, often publicly expressed his desire to retire whenever the end of a presidential term was approaching, invariably encouraging supporters and sycophants to entreat him to stay on for another term “in the nation’s interest”.

Suharto would then solemnly accept the people’s charge. He ended up ruling Indonesia for 32 years, which is why the constitution was later amended to limit presidential terms to two.

In Jokowi’s case, the Covid-19 pandemic has also altered the circumstances of his second and possibly final term. The president clearly wants to be remembered for monumental infrastructure development, a new gleaming capital in East Kalimantan and a booming economy. He is unquestionably a president obsessed with leaving a great legacy.

Jokowi will have to convince the party leaders in his coalition that he is still their best bet in 2024.

In 2018, he penned a list of national objectives to be achieved by 2085, which included Indonesia’s becoming the most influential country in the Asia-Pacific. He had his list placed in a time capsule. Jokowi evidently sees himself as the president to lay the foundation for these goals to happen.

All of this is now in jeopardy. The pandemic and its after-effects are expected to last at least several years. If Jokowi leaves office in 2024, Indonesia will probably have just started to recover from the current crisis. In all likelihood, that year will not be a high point from which to step down as president.

A public poll conducted earlier this year produced mixed results on the question of extending presidential terms. While 74 per cent of respondents approved of the current two-term limit, when presented with the possibility of Jokowi running again in 2024, the support for the status quo dropped to 52.9 per cent.

Jokowi will have to convince the party leaders in his coalition that he is still their best bet in 2024. This will not be easy. It will be up to the coalition parties through their representatives in parliament to push for the amendment that could give Jokowi a third term. The next 12 months will be crucial for such a campaign as the country’s General Elections Commission (KPU) is scheduled to start preparations for the next election in late 2022.

Sturgeon has sought a second poll for Scotland, and the idea of Ireland reuniting has been raised again – but none of this is quite as it seems.
Nic Maclellan 31 Jul 2017 11:34

If the ADF deploys for more humanitarian operations in the Pacific, its budget, equipment and personnel will be stressed.
Euan Moyle 16 May 2019 06:00