This is not the first time Jakarta has sought opportunities by mediating a peace process, but there are plenty of obstacles. 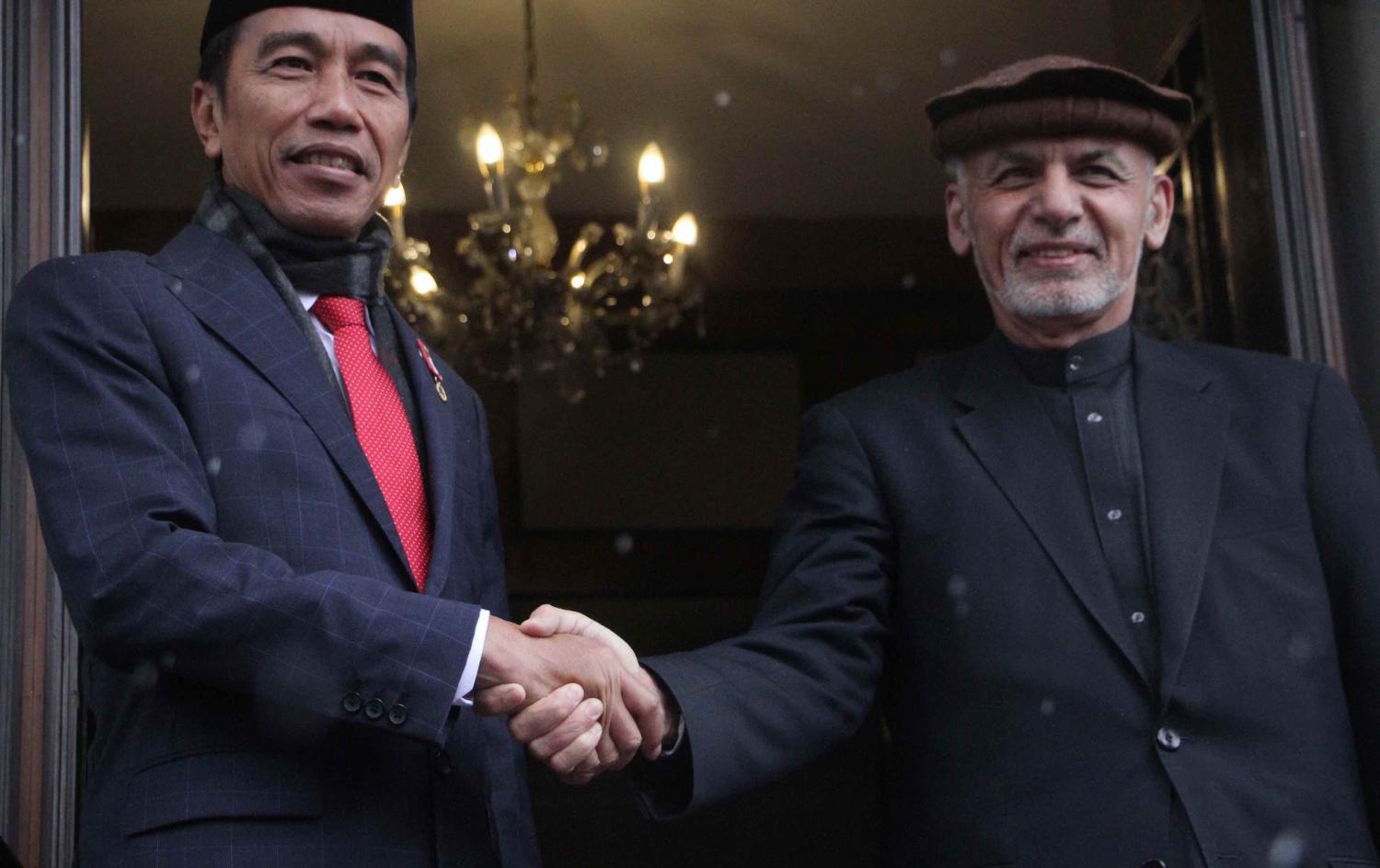 Indonesia is set to host talks among Indonesian and Afghan Islamic clerics in Bogor, south of Jakarta, at the end of March. This dialogue, part of Indonesia’s bid to mediate the peace process in the long-standing Afghan conflict, will involve the Indonesian Ulema Council and Afghanistan’s Islamic clerics. Representatives of the Taliban were expected to attend, only to later reject the invitation to participate.

The talks follow Indonesian President Joko (Jokowi­) Widodo’s visit to Kabul earlier this year, and are not the first time Indonesia has attempted to mediate a peace process. In 2016 Jakarta hosted the 5th Extraordinary OIC Summit on Palestine and Al-Quds Al-Sharif, which served as a bid to mediate the Israel–Palestine peace process.

Historically, Indonesia has been well-regarded for its quiet but decisive mediation role in conflict resolution processes in Cambodia the 1980s, as well as for its actions in achieving peaceful resolutions to internal religious conflicts in Ambon and Aceh.

But is this experience sufficient to justify a greater role for Indonesia as an effective and impartial peace broker in Afghanistan?

There are two good opportunities and three limitations to this prospect, all of which need to be taken into account by Jakarta before it seriously engages with the Afghan peace process. While Indonesia might be able to step forward with its proposal for a peace roadmap in Afghanistan, some structural problems might constrain its attempts to get involved.

Let’s begin with the opportunities. One gain from the talks might be greater recognition of Indonesia’s humanitarian diplomacy. During Jokowi’s presidency, Indonesia has taken a lead both in sending humanitarian aid to Rohingya refugees, and responding to the 2015 earthquake in Nepal. This leadership has not only involved the government (particularly the Foreign Ministry) but also a network of religious-based civil society organisations. By hosting the Afghan talks, Indonesia could expand its humanitarian network.

The second opportunity is for increased cooperation in the social and educational sector. Although Indonesia is not a signatory to the 1951 Refugee Convention, it currently hosts more than 13,000 refugees from Afghanistan, Pakistan, and other Middle Eastern countries. The talks among Islamic clerics should been seen as a chance to build social and educational cooperation; for example, by providing scholarships to refugees in Indonesia, or through educational exchange programs.

The first obstacle could be the overuse of Islam in foreign policy. Of course, the Bogor talks aim to use Islam as a model of peaceful conflict resolution in world politics; but we should remember that Islam in Afghanistan not only has different characteristics to Islam in Indonesia but also a different historical trajectory. Islam in Afghanistan is politically linked with tribal and ethnic groups with various political interests. This makes conflict resolution more complicated than in Ambon.

This leads to the second obstacle: limitations to Indonesia’s engagement with Islamic political forces in Afghanistan. The Taliban, for example, is vastly different to Indonesian jihadi militia that can be confronted with “deradicalisation” programs. This obstacle was made clear by the Taliban’s withdrawal from the talks, although they seem to be interested in the broader peace offer made by the Afghan Government. It is important for Indonesia to engage with the Taliban, whose political aspirations are closer to insurgency than mere religious dissent.

It is also important to understand the geopolitical context of the Afghan conflict, which is shaped by a long-standing rivalry with the United States and Soviet Union (in the past), and by the interethnic contestations that followed the US invasion. Indonesia might host dialogues as a means to facilitate a peace process, but this is not enough. Jakarta needs to consider the strategic environment in South Asia before engaging as an impartial mediator.

Nevertheless, these talks could be a starting point to articulate the new spirit of Indonesia’s foreign policy. Foreign Affairs Minister Retno Marsudi has reinvigorated Indonesia’s commitment towards humanitarianism and world peace. The talks in Bogor offer a venue to test this commitment and bring the new face of Indonesia’s humanitarian diplomacy to international politics.

Previous Article
The sky is not falling on Asia’s central banks
Next Article
Intellectual property: the big risk in US–China ties

Islamists see advantage in a perceived reduction of America’s commitment to friends. Yemen could be the start.
Greg Earl 1 Feb 2018 15:30

Trade deals in Asia are a test of America's self image, as the debate rages on China's on-campus influence in Australia.
Aaron L Connelly, Matthew Busch 24 May 2017 11:29

Jakarta's governor Ahok has been jailed for blasphemy, but that doesn’t mean Islamists are on the march in Indonesia.