There are, without question, contemporary Rostows and Marshalls in the US serving their country quietly and conscientiously. 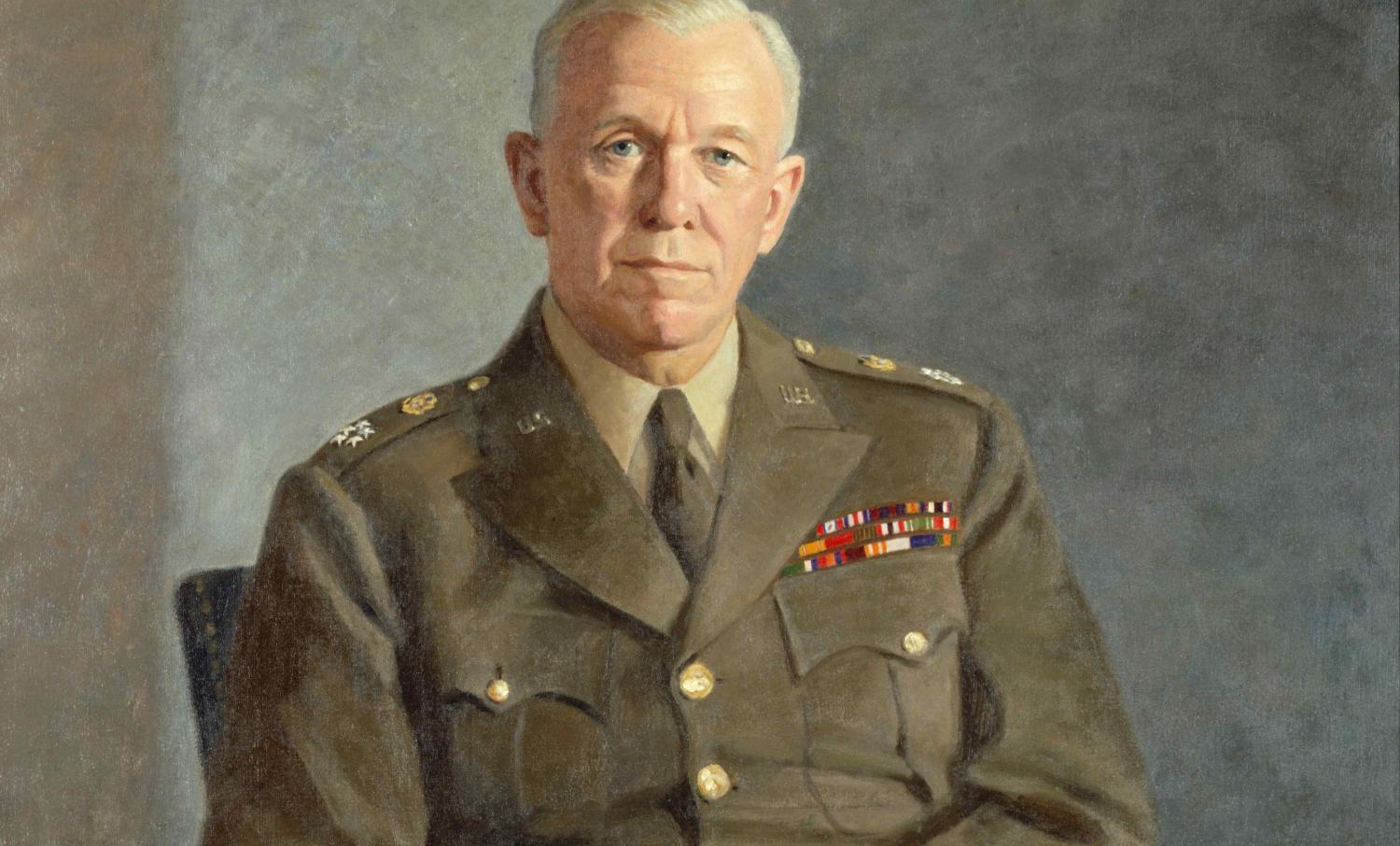 The second of Alistair Cooke's Letters from America I want to highlight honours General George Marshall. It was broadcast in 1959.

Cooke says of Marshall that 'most Americans were willing to credit the reports of his eminence but it was something they had to take on trust; for General George Catlett Marshall, of all the great figures of our time, was the least "colourful", the least impressive in a casual meeting and the least rewarding to collectors of anecdotes'. To press the point, Cooke says that 'he was always uncomfortable when anyone mentioned the great Plan that bears his name. He took no credit for it, and he was nearly right. For it was first conceived by underlings in the State Department and seized on by Under Secretary Dean Acheson'.

After a brief recitation of the many highlights of Marshall's career, Cooke ended with another 'character' punchline:

In the early 1950s, a distinguished, a very lordly, American magazine publisher badgered Marshall to see him on what he described as a serious professional mission.

He was invited to the General's summer home in Virginia. After a polite lunch, the General, the publisher and the third man retired to the study.

The publisher had come to ask the General to write his war memoirs. They would be serialised in the magazine and a national newspaper and the settlement for the book publication would be handsome indeed.

The General instantly refused on the grounds that his own true opinion of several wartime decisions had differed from the President's. To advertise the difference now would leave Roosevelt's defence unspoken and would imply that many lives might have been saved. Moreover, any honest account might offend the living men involved and hurt the widow and family of the late President.

The publisher pleaded for two hours. 'We have had,' he said, 'the personal testaments of Eisenhower, Bradley, Churchill, Stimson, James Byrnes, Montgomery is coming up and Alanbrooke, and yet there is one yawning gap.'

The General was adamant. At last, the publisher said: 'General, I will put it on the line. I will tell you how essential we feel it to have you fill that gap, whether with two hundred thousand words or ten thousand. I am prepared to offer you $1 million after taxes for that manuscript.'

General Marshall was faintly embarrassed, but quite composed. 'But sir,' he said, 'you don't seem to understand. I am not interested in $1 million.'

There are, without question, contemporary Rostows and Marshalls in the US serving their country quietly and conscientiously.

Of course, recently retired former senior officials are not obliged to stay quiet, and a few have called Trump on his distortions and fact-free policy pronouncements in sober, reasoned arguments in the newspapers Trump says he doesn't read but criticises at will. And in the past few days, in the wake of Trump's weekend 'tapping' tweets, more have joined the chorus.

Would that this trend continues, not just to call out Trump when he dissembles, but to remind the American people, and the world, of the virtues that truly made America great.

A basic income trial in Kenya, the fascinating and lucrative relationship between North Korea and Africa, how the aid system needs to change and more.
13 Sep 2017 16:18

This weeks links also include government limbo in New Caledonia and the new host for the 2019 Pacific Games.
Nicholas Chan 20 Apr 2021 16:30