Letters from a more dignified America

As Donald Trump bullied and bragged his way to the Oval Office, I recalled two of Alistair Cooke’s Letters from America. 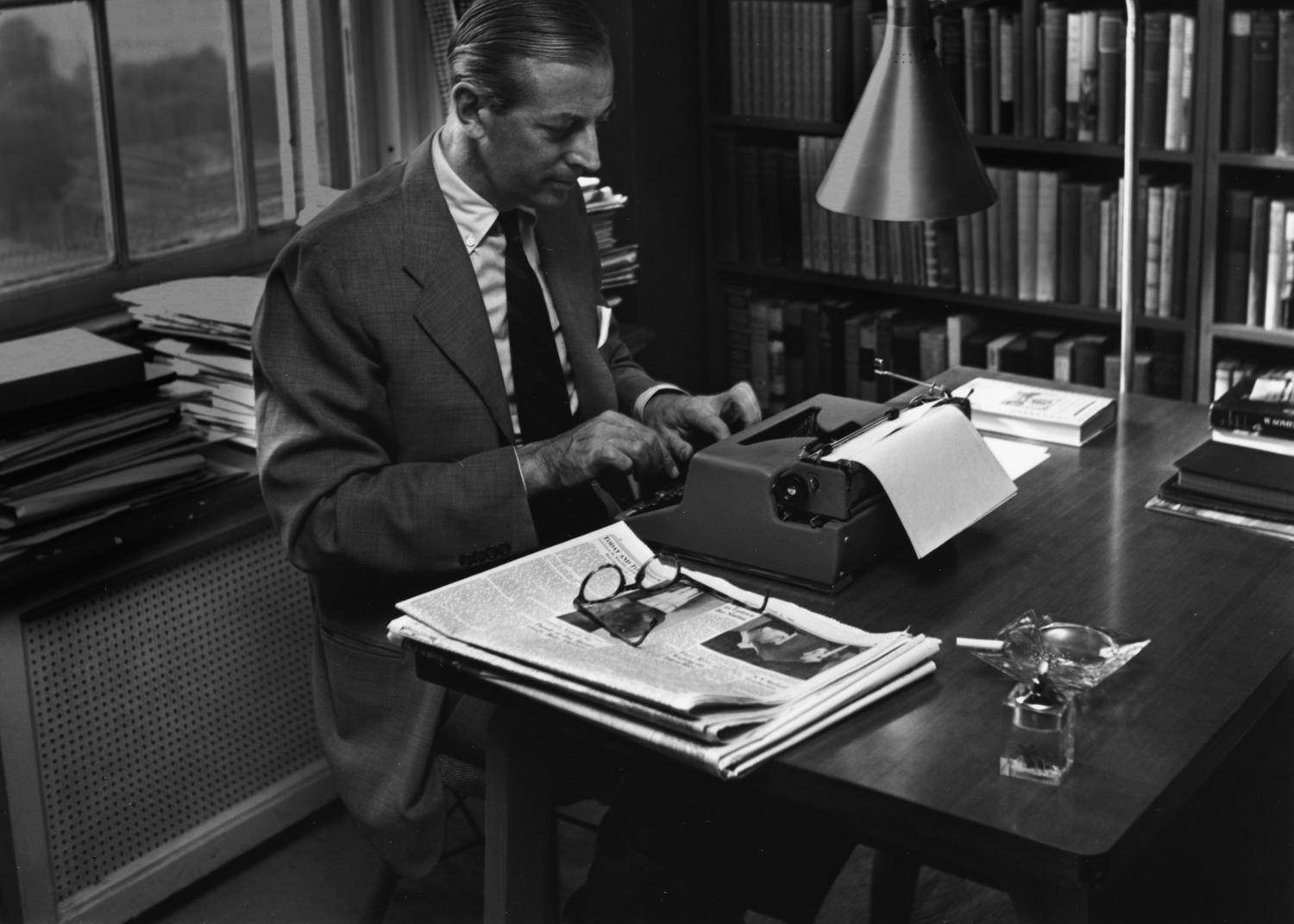 As the world struggles to adjust to the Trump phenomenon, I’m reminded of a man who might have come closer than most to making sense of it all.

Englishman Alistair Cooke, it can fairly be said, understood America better than any foreigner ever has. For 58 years until his death in 2004, millions of listeners around the world tuned in to his weekly BBC ‘Letter from America’, always a sympathetic and insightful commentary on just about every conceivable aspect of American life. He knew and mixed with the ‘great and the good’ and spoke about many of them in his broadcasts.

But he also held forth on topics as diverse as terrorism, baseball, the changing seasons and fascinating but little-known human interest stories, often about very ordinary people.

The one constant through the years was that after listening to a Letter, one came away with a deeper appreciation and understanding of the best and the worst of the United States.

As Trump bullied and bragged his way to the Oval Office and especially in the past few weeks as he’s gone about assembling his Cabinet, I recalled two of Cooke’s Letters. They shine a light on two giants of American public life; men who devoted their lives to the service of their country, yet shunned self-promotion and never craved recognition or reward. The two letters are modern parables that illustrate the virtues of civility, character and self-effacement; characteristics in desperately short supply right now, and pretty much non-existent in the White House.

One was a eulogy to Eugene Rostow, Cooke’s oldest friend in America. Cooke briefly describes Rostow’s many achievements and appointments, which included service in the State Department and the Lend Lease program during World War II, Dean of Yale Law School, Under Secretary of State to President Johnson and President Reagan’s Director of the Arms Control and Disarmament Agency.

Cooke then delivers his punchline with this anecdote:

But it's not politics, his character is what I wish to end on.

In a Kennedy year – it was, I'll never forget, 1962 – Gene came to stay with us on Long Island but at the week's end he had business in town, as I had, and I drove him back to New York to stay the night.

We arrived late afternoon, eased off, sat down for a drink.

The telephone rang. I took the call.

A voice said: ‘Is Professor Rostow there?’

‘This is the White House. The President wishes to speak to him.’

After what novelists call a sudden start I handed over.

And this was my end of the brief dialogue that I heard.

‘Yes sir, Mr President. Well thank you and the same. Uhu, uhu, yes, yes I know of course, of course everybody knew, uhu, well ah - I understand sir, thank you all the same.’

A bright, swift chuckle, and he hung up.

He came back to the sofa, he sat down and we went on with our merry conversation.

I did not think his business with the President was any business of mine.

We sallied off to dinner, came back for a nightcap and at some point, looking both cheerful and mischievous, he said: ‘You might wonder what went on with the President. If you can keep it to yourself for a time.’

To understand Kennedy's part in the exchange I have to draw in a little background.

A famous Justice, one Felix Frankfurter, had decided to retire from the Supreme Court.

He was a Jew and though there is no rule, for the last 50 years or so there has been a binding tradition that there must be one Jew, since Thurmond Marshall one black, since Sandra Day O'Connor, one woman.

Kennedy had offered the coming vacancy to a former governor of Connecticut, a Jew – and everybody knew he'd had the offer but for personal reasons he quietly turned it down.

Moving swiftly forward in the dark background Dean Acheson came to Kennedy's aid – Gene Rostow must be the man.

Kennedy thought it over. After all Gene was a Jew from Connecticut. Kennedy made up his mind and put the call.

And here, this is the brief speech to which Gene Rostow responded with his usual geniality, at the end even with a chuckle.

‘Gene, I have a problem. I offered Frankfurter's seat to Abe Ribicoff but the Governor had to turn it down.’

‘Yes, yes as everybody knew. That's the problem.’

‘Well you were right up there as most qualified but I'm afraid I decided that two Jews from Connecticut is one too many. It's going to Goldberg of Illinois. I'm sorry.’

‘Well I understand sir. Thank you just the same.’ Chuckle.

Gene never to me or anyone I knew ever breathed a mention of this appalling letdown in his life.

But here in the room I speak from, in a minute or two, I saw for the first time and prayed it would never happen again, a lifetime's ambition shattered in a moment, with a chuckle.

You must listen to Cooke’s Letter, to hear the warmth and affection in his voice, to appreciate its full impact:

Sneaky and inept is how Australia is presented to the world by the actions of the national team.
The Interpreter 1 Sep 2018 07:00

Julie Bishop’s foreign ministership, Belt and Road branding and “birth tourism”: the week that was on The Interpreter.
Harriet Smith 2 Mar 2017 13:55

News, analysis and research from around the region.