Already in “easy” mode and without the flexibility to move interest rates lower, other policies are needed. 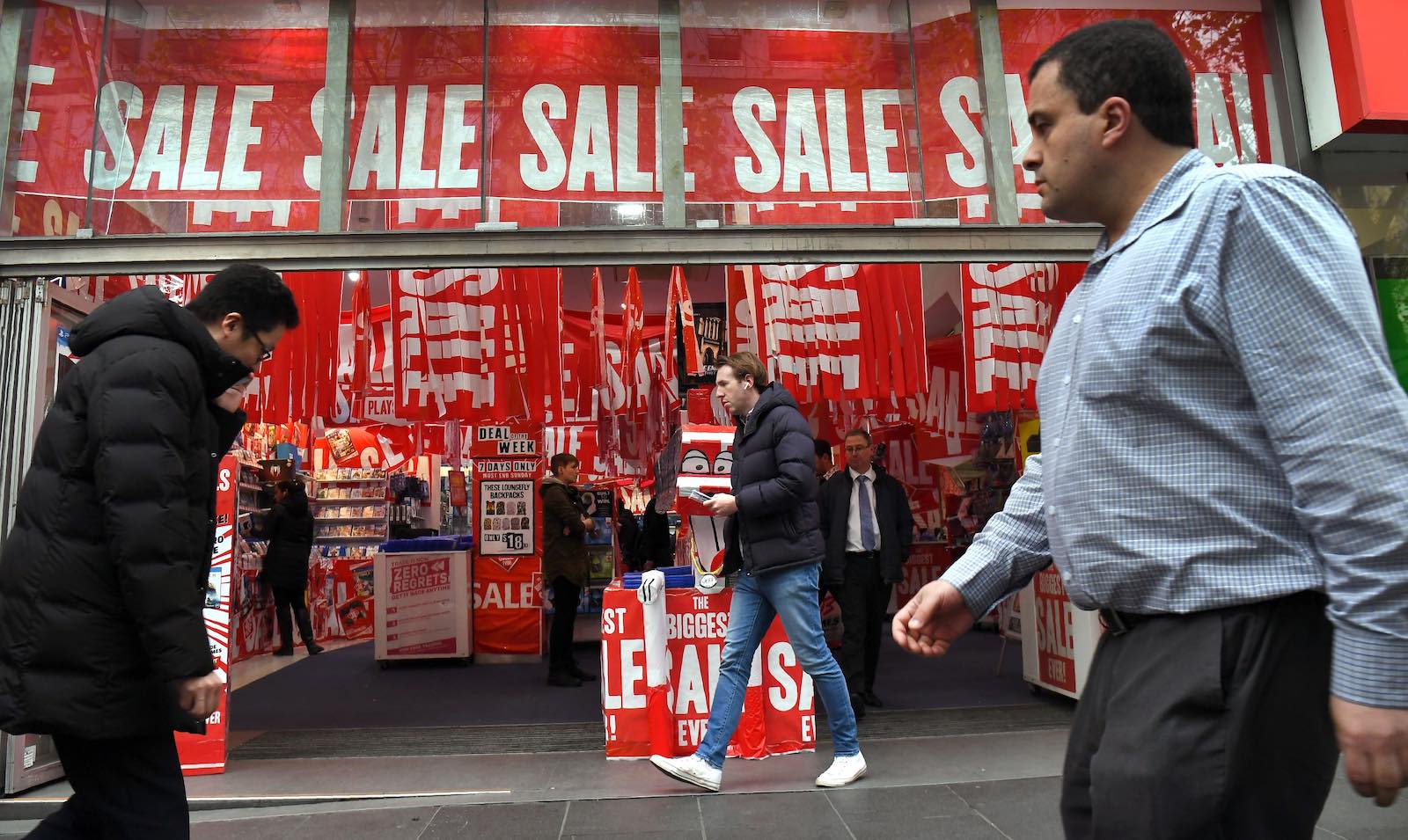 Lower interest rates may not be powerful because consumers and businesses have used the low rates of the past decade to expand their borrowing (Photo: William West via Getty)
Published 3 Jul 2019 11:00   0 Comments

With forecasts of a slower global economy, central banks around the world are contemplating easier monetary policy. The problem is that monetary policy is already in “easy” mode and has been that way for a decade. This presents serious constraints on just how much more monetary policy can do. Other policies are needed.

The Bank for International Settlements (BIS, the central bankers’ club in Basel, Switzerland) has explored the quandary in its just-released annual report.

The conventional monetary instrument – short-term interest rates – is already close to zero in Europe. Even the United States, where the Federal Reserve funds rate is around 2.4%, doesn’t have much flexibility to move before it, too, runs out of room. In past recessions, interest rates have typically been moved down by around 500 basis points – in 2007, from over 5% to almost zero – and this shift isn’t possible now.

In any case the constraints go beyond the problem of the “zero lower bound”.

There is the commonly held view that monetary policy works more effectively in constraining expansion than it does in stimulating slow growth – in expansionary mode, it is “pushing on a string”. This is, of course, an over-simplification. The bold use of monetary policy after the 2008 global crisis was effective in preventing a repeat of the 1930s depression and fostering the recovery. But this experience also demonstrated that context matters: the expansionary setting of monetary policy had to battle against strong headwinds, as households and companies were constrained by their damaged balance sheets. Fiscal policy was also in austerity mode.

In short, monetary policy may be less effective in current circumstances, not because of some intrinsic weakness, but because the context in which it is operating is unhelpful. At present, for example, lower interest rates may not be powerful because consumers and businesses have used the low rates of the past decade to expand their borrowing, and many are now facing leverage limits.

There is, however, a more powerful argument against unusually low interest rates, especially if maintained for a long period. Monetary policy works by setting the short-term interest rate below the equilibrium market-determined rate. This creates distortions which are generally helpful when the economy is weak, by bringing forward expenditure decisions. But if maintained for an extended period, the beneficial effect weakens, so that expenditures brought forward “leave a hole” in future expenditures. Low interest rates encourage excessive risk-taking, facilitating projects which are not viable when interest rates return to normal. “Zombie” firms remain in business, so resources don’t shift to better uses.

As evidence of these enhanced risks, there is mounting concerns about leveraged loans and the increased proportion of BBB-rated paper in bond-fund portfolios, only one downgrade away from no longer being eligible as “investment grade”.

Intuitively, the sort of zero or sometimes negative interest rates now seen in Europe don’t make much sense. Negative real (i.e. inflation-adjusted) interest rates are widespread. The doyen of economic textbook writers, Paul Samuelson, once remarked that if real interest rates were zero and expected to remain so, it would pay to flatten the Rocky Mountains to reduce transport costs.

In short, there isn’t much room to lower interest rates, and in any case, doing so has dubious benefits.

In short, there isn’t much room to lower interest rates, and in any case, doing so has dubious benefits.

If interest rates have done all they can, what about the “unconventional” monetary policy which Europe, America and Japan used over the past decade? There are still controversies over quantitative easing (QE): former Federal Reserve Chairman Ben Bernanke, who initiated this policy in America, said (in jest, to be sure) that “QE works in practice but not in theory”. Opinions differ, but the general view is that it did, indeed, work in practice to lower longer-term bond yields, which should have encouraged expenditure. At the same time, the common view is that it is an unreliable instrument, with its effectiveness depending on context.

A deeper concern is that QE fuzzes the border between monetary policy and fiscal policy. At the same time that the Fed has been buying long-term bonds in its QE operations, the US government has been running big budget deficits, funded by bond sales. These decisions are institutionally separate, so it can’t be said that this is “monetising the deficit” – with its long-held concerns about unconstrained budget profligacy. But QE has succeeded in keeping bond yields very low, emasculating the “bond-market vigilantes” who pressured then president Bill Clinton into budget restraint. Donald Trump clearly feels no compunctions about pressuring the Fed to lower interest rates, so Fed independence is under threat, and a readiness to return to QE leaves the Fed vulnerable.

The BIS is a cautious institution, so its advice is hedged and nuanced. The message between the lines is that interest rates are already unusually low. The BIS sees a case for “normalising” policy – i.e. returning to equilibrium, but for the moment, given the fragility of the global economy, interest rates should be held steady. If they are lowered further (as seems quite likely) macroprudential policy needs to be active to avoid this leading to financial instability.

Given this message that monetary policy can’t do much more, the BIS steps outside its narrow central-banking remit to recommend that countries with fiscal space (i.e. not weighed down by excessive public debt) should use fiscal policy if the economy slows. Reprising Samuelson, they might have said this is a great moment to issue long-term public debt at essentially zero real interest rate, to fund projects which increase productivity – but maybe this doesn’t include flattening the Rockies.