No news from Kashmir

Since August, the government-imposed internet blackout has made it nearly impossible for journalists to do their jobs. 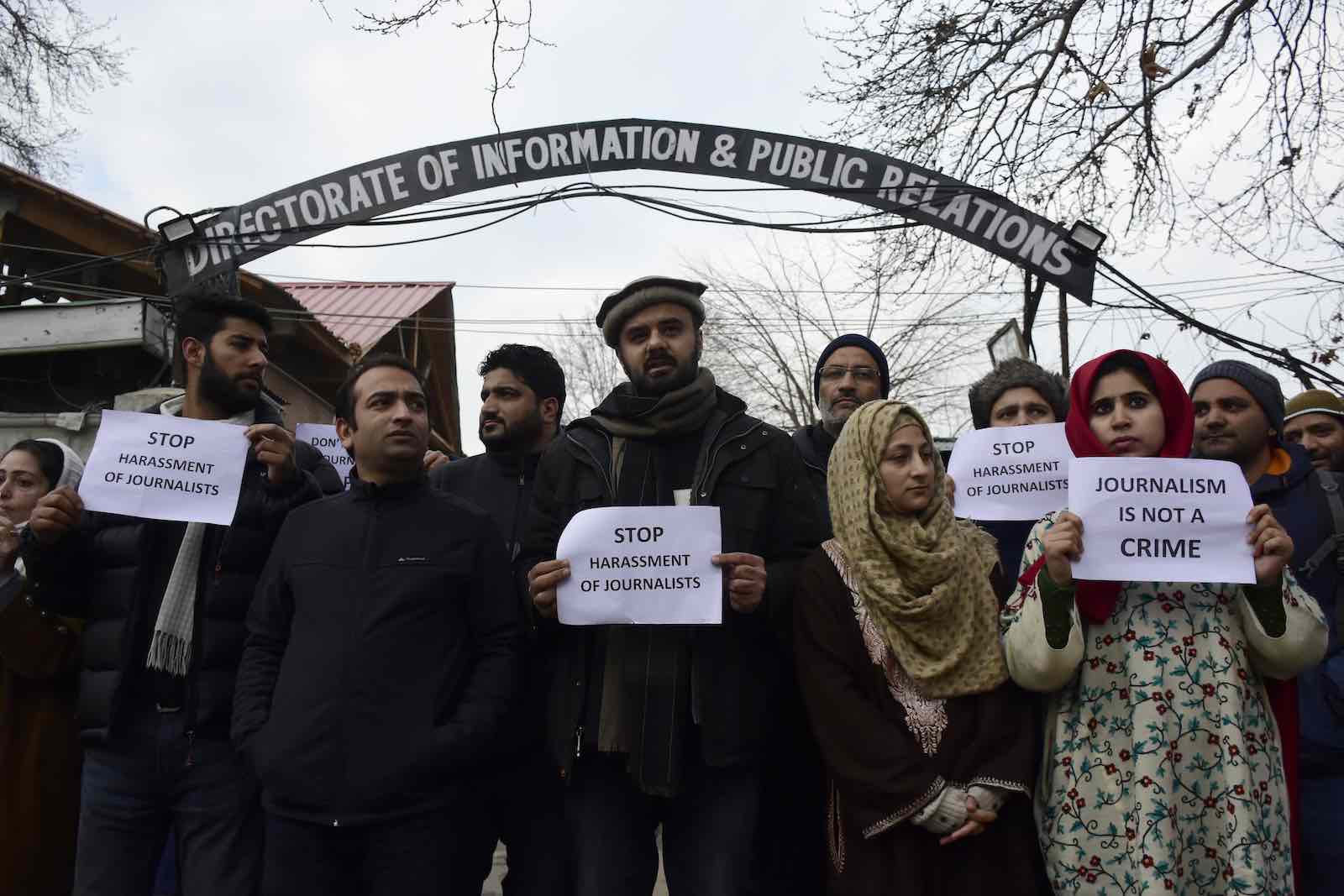 When the Indian government imposed a communications gag on Kashmir in the middle of night on 4 August this year, no one expected it to be so prolonged.

The next day, India removed the region’s autonomy, which Kashmir had secured after its king acceded to Indian union following the partition of British India in 1947.

Realising that Kashmiris would protest en masse, the authorities blocked roads, detained thousands of political leaders and their supporters, and shut down all telecommunications – mobile phones, landlines, internet, broadband services were all blocked in unison. For the first week after the removal of Kashmir’s autonomy, people also had no access to the television news.

With this shutdown, the very basic principle of journalism has been ruthlessly undermined. The information black hole created by the gag has turned the troubled land into a rumour mill.

After more than four months, mobile and landline services have been partially restored. The internet continues to remain blocked across the region, with only high-level government officials able to access this luxury.

For Kashmir’s journalistic fraternity, the government has dedicated a windowless room no more than a few metres square from which to file stories.

When the gag was imposed, none of the 400 working journalists in print, video, and online media had a clue about where to access the internet and file stories. They found the Eldorado six days later, when the government informed them of a private hotel in Srinagar, Kashmir’s capital, where the basement had been turned into a “media facilitation centre”. When the pen pushers, braving curfews and protests, reached the venue in droves, they found four obsolete computers with tattered keyboards placed on dusty wooden tables. There was no Wi-Fi, which meant they couldn’t connect their personal laptops or access WhatsApp, the social media app that has been a primary means for journalists to connect with sources.

Four months later, the situation in the region hasn’t changed a bit. Desperate journalists continue to wait in queues to use a computer with limited internet access. There are posters on the walls of the suffocated room which warn them not to use the facility for more than ten minutes.

The government estimates there are 350 newspapers and magazines in Kashmir, which includes dailies, weeklies, and monthlies. Almost all of them have websites which they used to update, but since 5 August, not a single one of them has been able to update content from Kashmir. A handful have relocated technical staff to other Indian states where the internet is accessible.

With this shutdown, the very basic principle of journalism has been ruthlessly undermined. The information black hole created by the gag has turned the troubled land into a rumour mill. There is no source through which rumours can be countered or confirmed. For instance, on 22 November, a macabre silence engulfed Kashmir as word spread of militants killing people travelling on main roads. There were also posters put up about possible militant attacks against people who dare to travel or resume their businesses. Police had to make public announcements on vehicle-mounted loudspeakers pleading people not to pay heed to the rumours. Similar incidents are constantly being reported from far-off hamlets of Kashmir, where the information flow is even more limited than in the main towns.

Meanwhile, government announcements are being delivered as news. With the lack of internet, there is no fact-checking of government claims by journalists seeking to determine their veracity. People are left with no option but to accept government statements as gospel truth.

For example, the government recently claimed that in a frontier district bordering Pakistan, a meeting was held to educate farmers about how to make their livestock more profitable. There was no source available to confirm whether this actually happened or if the number of farmers who attended was the same as claimed in the government handout.

The media’s role as whistle-blower is also severely compromised. Following the imposition of a curfew and the crackdown against protesters in Kashmir, several juveniles, terminally ill patients, and physically disabled people were detained by security forces. By the time these heart-wrenching reports reached journalists, the detainees had already been moved to different locations, making access to them impossible, and the news turned into a bundle of obsolete events.

Journalists these days have to spend most of their time in the government “media facilitation centre”, where they wait half an hour, on average, just to get online, check emails, and file stories. Then they have line up again to get online to check whether there are any queries from their editors.

Somehow, in the midst of all this, they are supposed to report from the ground about what’s happening and find someplace to sit and write down whatever information they have managed to gather. It is no easy task in this precarious time, and no one knows how long it will last.

Show 1 Comments
Previous Article
Favourites of 2019: Hasan Minhaj’s incisive yet accessible comedy
Next Article
Little to gain from linking Australia’s aid with China in the Pacific