Despite the excitement of the last few days, the fundamentals have not changed. 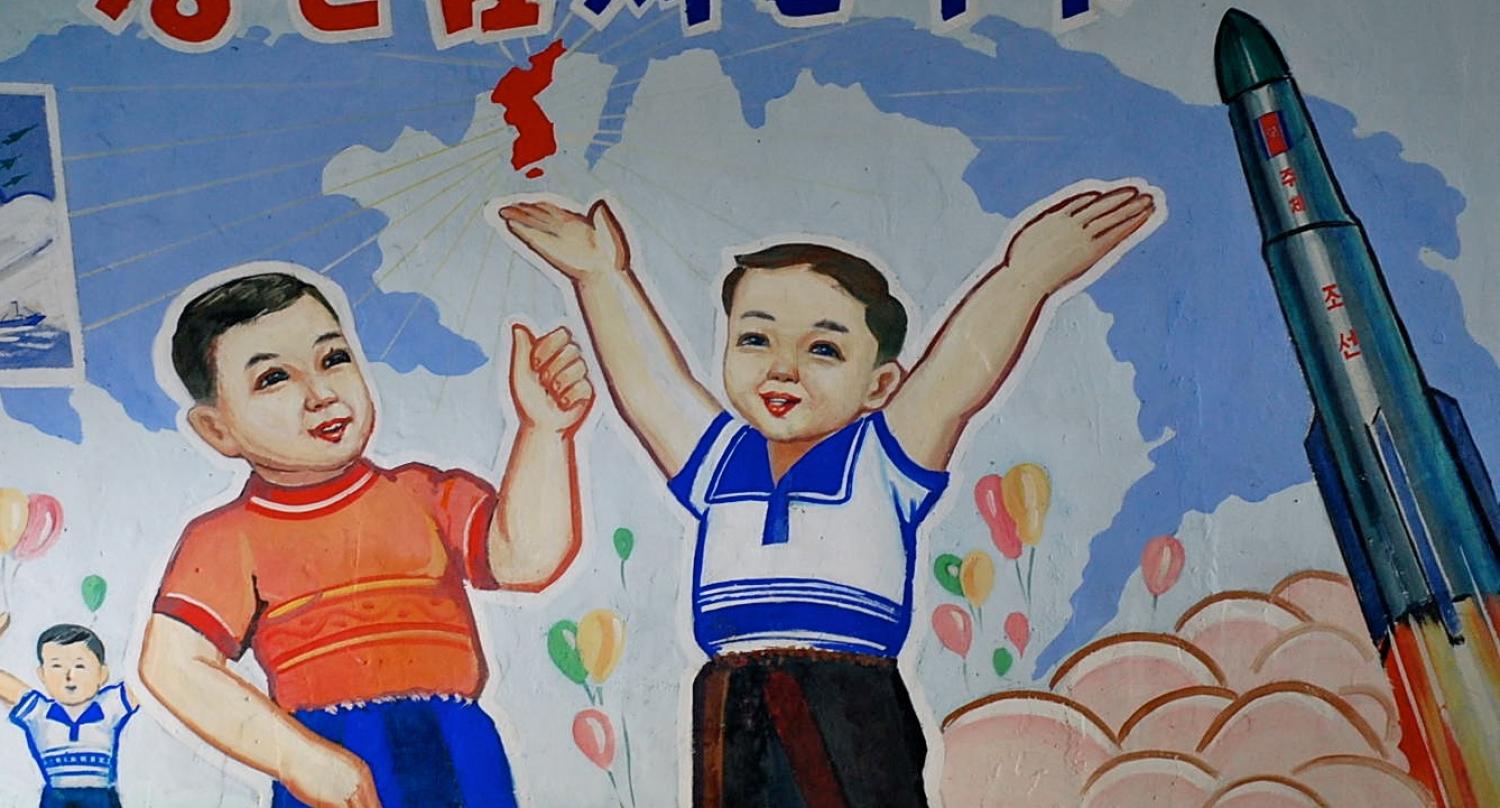 Sigmund Freud is supposed to have said that 'sometimes, a cigar is just a cigar'. Whether he actually said it or not, the argument is sound: we don't always need to search deep in the subconscious for hidden meanings; sometimes the thing itself is what we should focus on, rather than what it might represent or symbolise.

If you haven't seen photos of last weekend's military parade in Pyongyang, here are two good write-ups, with excellent photos, of the new missile types and launch vehicles which the regime displayed, and what they reveal about North Korea's strategic ambitions. Following the parade, North Korea also conducted a missile test, which apparently failed right after launch.

As we take in these new developments, it is worth applying Freud's maxim anew: while we're looking for the subtext to North Korea's displays of military might, don't forget the text.

Yes, it's important to parse the hidden meaning behind which missiles were displayed, and which were fired. The timing of the missile launch, for instance, was surely no accident, given the visit of US Vice-President Mike Pence to South Korea. But sometimes a missile test is just a missile test, a method for developing and perfecting the ability to launch a warhead against an adversary. And that's ultimately what North Korea wants.

Most North Korea analysts are agreed that what motivates Kim Jung Un above all is regime survival against foreign and domestic threats. Both Kim and his father before him decided that possessing nuclear weapons which could be delivered to an enemy target on ballistic missiles was vital for securing that goal, because the US would not dare attack North Korea if there was a chance Pyongyang could retaliate with nuclear weapons. America's interventions in Iraq and Libya have no doubt reinforced that lesson in Pyongyang. Nuclear weapons and their associated missile systems, then, are not primarily a form leverage to secure better economic terms for an eventual settlement with the US and South Korea. Nor are they a diplomatic tool to improve Pyongyang's standing, or a means to display defiance against the US and its allies. They are military weapons which are, in the regime's calculation, essential for securing their highest aim: the continuation of their rule.

It follows that, in order to de-nuclearise North Korea, the US and its partners need to start with the question: what can we offer North Korea which it might want more than it wants nuclear weapons? Or, in the words of former US Defense Secretary William Perry, what can Pyongyang be offered 'that should allow the North Korean regime to see a way of surviving without nuclear weapons'?

Perry's recent op-ed is fascinating, yet he offers no clear answer to this question, and he is far from alone. The best answer anyone has come up with is to change Pyongyang's view of 'what it wants' by applying economic and military coercion. If the pain is severe enough, then the attraction of nuclear weapons may begin to fade. But we know North Korea is prepared to endure or even inflict massive suffering on its population, so the threshold for inflicting so much pain that the regime changes course is likely to be high. Perry says economic coercion has been ineffective, 'because while the North Korean leadership wants to improve the country’s flailing economy, this goal is always subordinate to the goal of sustaining the Kim dynasty, which it believes can be achieved with its nuclear arsenal behind it.'

So that leaves military coercion, and here Perry gives the Trump Administration some credit:

During negotiations with the past two administrations, North Korea’s leaders were convinced, with good reason, that the threat of U.S. or South Korean military action was empty, and accordingly, they discounted it. But it is likely that the recent military actions taken by the Trump administration, from the Tomahawk missile strike in Syria to the deployment of an aircraft carrier group to the Korean peninsula, have changed their calculus.

Others argue it may also have changed the calculus in Beijing, North Korea's only ally and the one country which could apply enough economic pressure to coerce Pyongyang. The Washington Post's John Pomfret recently wrote that the Trump Administration's more strident rhetoric on North Korea, coupled with the cruise missile strikes on Syria while Chinese leader Xi Jinping was with President Bush at Mar-a-Lago, had 'concentrated Chinese minds' about the North Korea problem.

But to borrow an argument from the Council on Foreign Relations' Micah Zenko, in 2016 the US dropped over 26,000 bombs in various military operations worldwide, so how do 59 cruise missiles suddenly change the risk calculus in Beijing and Pyongyang? As for the armada Trump sent to the Korean Peninsula led by the aircraft carrier USS Vinson, it is still thousands of miles away from Korean waters.

Pomfret also argues that, thanks to Trump, China is suddenly cooperating with America on North Korea by applying economic pressure and threatening much worse. But Pomfret's piece relies heavily on editorials from the Global Times, a source which China analysts routinely warn about. And the New York Times has recently reported that, despite the fact China is complying with the letter of UN sanctions stipulating that it stops importing North Korean coal, overall Chinese trade with North Korea is in fact surging.

What this all adds up to is that, despite the excitement of the last few days, the fundamentals have not changed. Trump and his team tell us that the Obama Administration's policy of 'strategic patience' is over, and that North Korea must change. But they haven't told us what will replace it. At present, all that appears to have changed is that the new Administration is slightly more likely to threaten force, but it is not at all clear that those threats are credible.

Quite apart from the fact that a few dozen cruise missiles lobbed at a weak adversary on the other side of the world don't send a signal of strength and resolve, there is the fact that Pyongyang, even without nuclear weapons, is capable of inflicting substantial damage on the South Korean capital at the first hint of a US strike. This has always been a factor preventing a military solution to the Korea problem, and like some other fundamentals in this conflict, it has not changed.

Sam Roggeveen
Previous Article
Japan reverses course on TPP
Next Article
457 visas: All Australia had to do was hold the line

It started with Big Bang and has spiralled into an ever-widening controversy, with privilege and misogyny at the heart.
Erin Harris 7 Jul 2017 08:11

'They are casting about, just like we would have done if we had won, for a potential solution to a wicked problem.'