Trusting the fundamentalists to deliver aid would mean ignoring a record of past promises to respect rights. 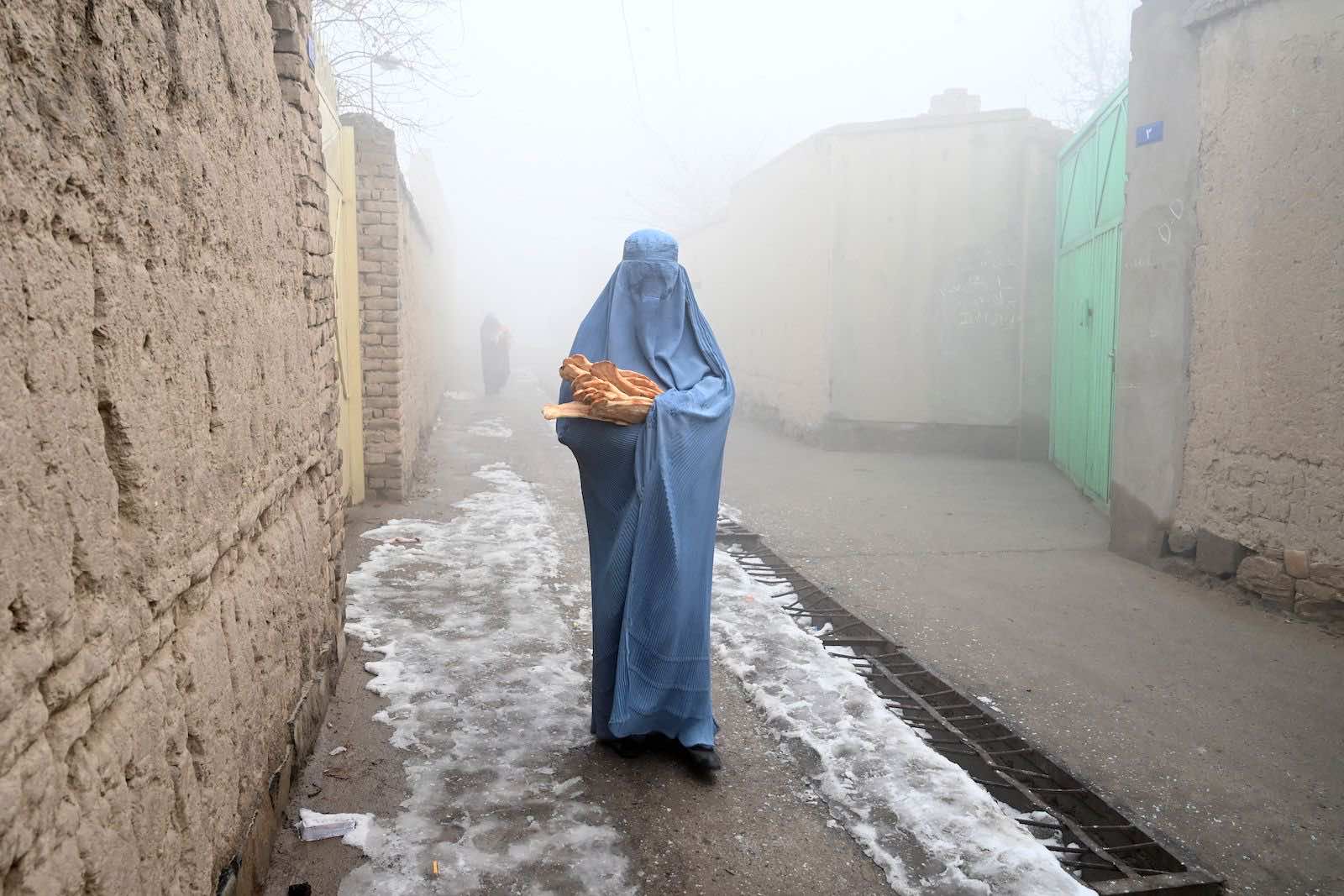 A burqa-clad woman after receiving handouts of bread in Kabul on 18 January (Wakil Kohsar/AFP via Getty Images)
Published 1 Feb 2022 06:00   0 Comments

Last week, Western officials held closed-door discussions with a Taliban delegation hosted by Norway in Oslo, making clear that humanitarian aid to Afghanistan would be conditional on an improvement in human rights in the war-torn country. The need for assistance is urgent, with the United Nations recently estimating that more than half of the population is threatened by hunger. Discussing the humanitarian crises with the hardline Islamists without pressing them on human rights violations would be like attempting to make an omelette without eggs.

Will the Taliban be able to secure international aid without addressing international concerns about human rights abuses, women’s rights and terrorism? Western diplomats could not obtain guarantees from the fundamentalists in Oslo, particularly in respect to the right of girls to education and the right of women to work in public life.

The Norwegian government is also under fire by Afghan civil society and human rights activists for hosting the Taliban, which seized power in Kabul last August. Civil society and activist groups are wary that engagement with the Taliban amounts to legitimising its rule in Afghanistan. Many governments are continuing to withhold formal diplomatic ties, and billions of dollars in assets abroad remain frozen. Critics say the Taliban are using a deepening humanitarian crisis in Afghanistan to secure international recognition.

No doubt, the Taliban see Oslo talks as a big achievement, presenting a chance to legitimise their rule. Amir Khan, the Taliban’s foreign minister reportedly said, “Norway providing us this opportunity is an achievement in itself because we shared the stage with the world.” Similarly, the Taliban representative Shafiullah Azam said, “We are requesting them to unfreeze Afghan assets and not punish ordinary Afghans because of the political discourse.”

In spite of widespread criticism from Afghan rights groups, the talks in Oslo did amount to an important ice-breaking event.

Norwegian authorities hosted talks with the Taliban following the “biggest-ever appeal” for a single country by the United Nations to raise funds in order to tackle the growing threat of food shortages, disease and malnutrition in Afghanistan. This year, an estimated seven million people in Afghanistan will suffer from acute malnutrition, including more than one million children, according to the UN, as the organisation asked donors for $4.4 billion to address the deteriorating humanitarian crisis. The world body has also warned that $10 billion will be needed next year if it fails to raise the required funds to act now.

But the irony is not lost in asking a Taliban government with its history of human rights abuses to serve as a partner in tackling a humanitarian crisis. For many Afghans, the Taliban’s return to power in Kabul after 20 years was a nightmare. After the US military withdrawal last year, which also saw many Afghans flee the country, the Taliban tried to show the world a moderate face. But as had happened during its years in power before the US invasion in 2001, the Taliban has gradually imposed ever harsher restrictions, particularly targeting Afghan women. In the weeks after the takeover in Kabul, the Taliban allowed boys to return to classrooms but told older girls to stay home.

Should the Taliban succeed in convincing the world to release Afghanistan’s frozen international assets it would certainly be effectively an acknowledgement by the West that the immediate humanitarian emergency trumps meaningful prior action to protect human rights. But in spite of widespread criticism from Afghan rights groups, the talks in Oslo also amount to an important ice-breaking event. The West has mostly adopted a “wait and see” approach to Afghanistan since the fall of Kabul, knowing the Taliban’s poor record of keeping promises. But the dilemma remains: can the world abandon Afghanistan and its millions of citizens just because they are ruled by fundamentalists?

The answer is to continue to press the Taliban to do more on basic rights in health, education and for women – not just promises but action. The outcome should be the only measure by which to allow the flow of international aid to Afghanistan. From there, a phased release of Afghanistan’s frozen assets and distribution of humanitarian aid directly to Afghan citizens through the UN agencies and NGOs offers the way forward to tackle economic and humanitarian crises looming in the country.

Show Comments
Previous Article
Why Ukraine and Russia can’t agree on autonomy for the Donbas
Next Article
How to speak green: Europe’s new energy taxonomy