Expecting a coordinated global divorce with China is imprudent – it may also be impractical. 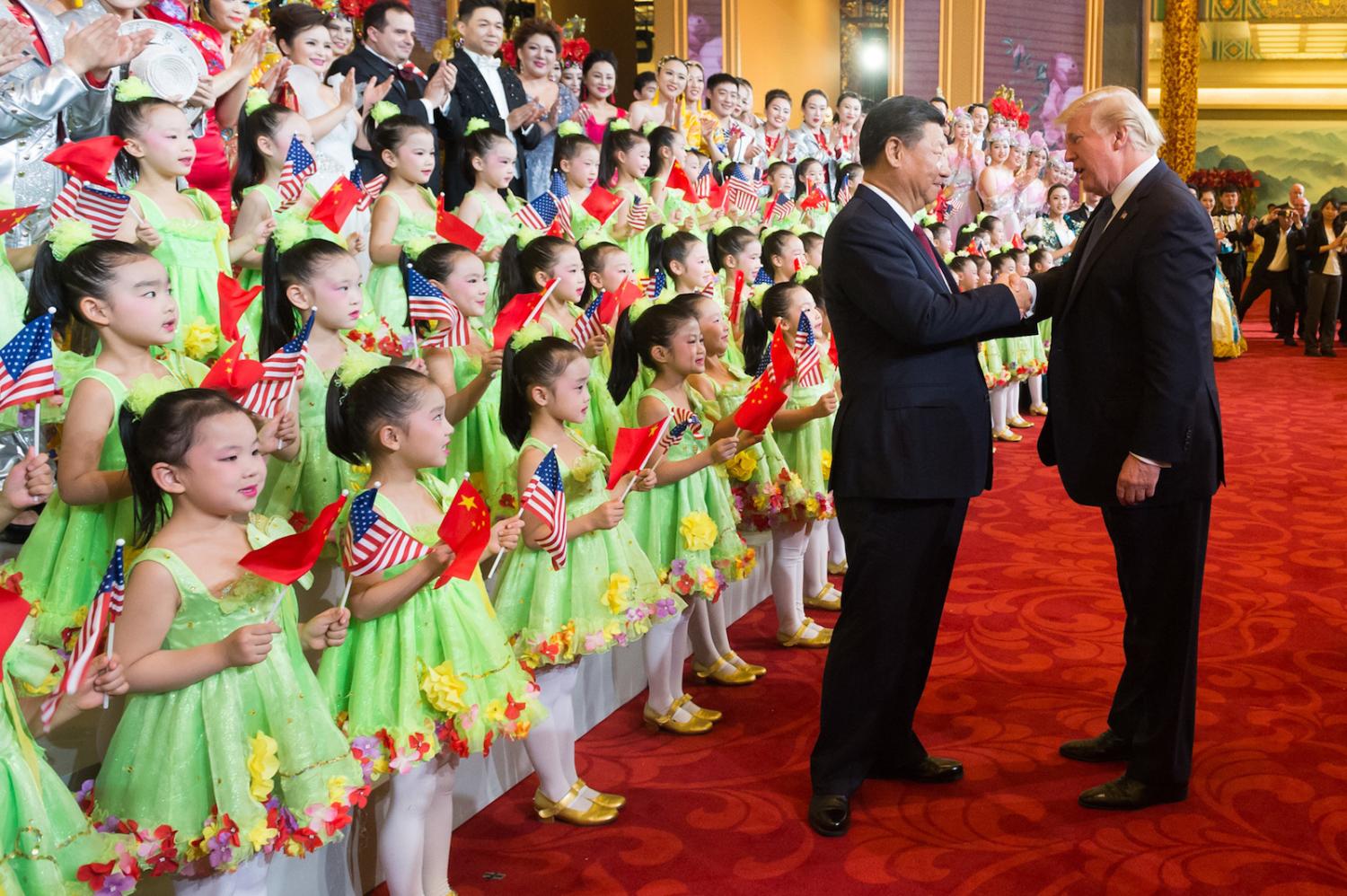 The conviction that the interests of the US and China are fundamentally incompatible is gathering weight in Washington, as a consensus for confrontation with Beijing takes hold. Having progressively raised tariffs against Chinese-made goods, and adopted reports declaring that China’s “economic aggression” threatens both the global economy and the US defence industrial base, the Trump administration is now targeting specific entities in its drive to decouple the two economies.

Decoupling faces obstacles that cast a shadow over its prospects for success. The first is the breadth and depth of US entwinement with China.

Last week, Washington banned on national security grounds exports to a strategically important Chinese semiconductor maker. Announcing the firm’s indictment for economic espionage, the US Attorney-General also unveiled a task force to prioritise cases of alleged trade theft by Chinese actors. Calls in the US (and elsewhere) to cut off engagement with China across a widening range of activity are becoming more forceful.

But decoupling, as the new approach is termed, faces obstacles that cast a shadow over its prospects for success. The first is the breadth and depth of US entwinement with China, which goes well beyond the off-shoring of American manufacturing. Despite a general souring of US business attitudes towards China, powerful firms are still partnering with Chinese entities and prioritising access to Chinese markets, products, and labour.

Over the last month, Apple’s CEO visited China for a personal charm offensive; the US industry partnership for ethics in artificial intelligence admitted one of Beijing’s designated AI champions; Google was outed for developing a search engine to comply with the Chinese state’s censorship requirements; and Qualcomm backed the entry of a Chinese firm into America’s 5G market.

In the ICT sectors that are a leading area of concern for decoupling’s advocates, US-China enmeshment has grown so thick that it has been christened “Chinafornia”. Research and development (R&D) is now a globalised activity in which Chinese citizens, universities, and firms are prominent across many fields, and government attempts to assert more control over transnational knowledge transfers are provoking strong pushback from academia and business. Many US companies on the technological frontier have become so dependent on China that forcing them to sever these links could damage the US innovative capacity that such policies are meant to protect.

Second, cooperation by other countries in a US-led project to decouple from China is both crucial and uncertain. So far, the Trump administration’s approach to international trade has pushed other countries to hedge by expanding economic exchanges with China, while seeking to quarantine the abrasive aspects of relations with Beijing. This is true even for countries which have boundary disputes with China, where Chinese investment has proved controversial, or which are positioning themselves as US security partners

In a world where Germany’s foreign minister calls openly for balancing the US, and for a degree of decoupling from US financial dominance, expecting a coordinated global divorce with China is imprudent. Banning American firms from commerce with China will not help US interests if European or Japanese rivals step into the gap. While big business across other advanced economies is recalibrating views on China, it has yet to slow down investments and partnerships.

As the International Monetary Fund recently warned, China’s economy is now too internationally integrated to be isolated without lasting damage to the global economy. But to focus on transnational supply chains is misleading, as it suggests that what China offers the rest of the world is readily substitutable.

Exerting pressure on China today is no longer a simple matter of compelling manufacturing to re-shore to the US, or relocate to Mexico or Vietnam. China’s growing international influence rests on a capacity to provide goods and services in ways that other countries will find difficult to replicate.

This is the third obstacle facing an effort to choke the Chinese economy into compliance with benchmarks set by Washington. For developing countries, China provides an insatiable market for commodities, technologies that are “good enough” at lower prices, and investment not readily obtainable from other sources. For advanced economy firms, China provides a huge and growing market for value-added products, a large and still relatively cheap educated labour pool for R&D, and a testbed for emerging technologies that are driven forward by state fiat and economies of scale.

And in a few significant sectors, Chinese firms have become globally competitive or achieved a level of market dominance that makes it hard to find alternatives.

These advantages have been promoted by the practices listed in the US grievance sheet against Beijing. But fundamentally, they are functions of China’s size and dynamism, and the ways these factors have been leveraged by the country’s unique political economy. The particular manufacturing, R&D, and entrepreneurial ecosystem that China has evolved underpin the rise of its internet technology sector as Silicon Valley’s only true rival, and China’s prospects as a leading contestant in the race to apply artificial intelligence.

This explains why German automakers are partnering with Chinese firms to develop self-driving cars, Swiss robotics companies are building cutting-edge plants in China, and American ICT firms locate R&D centres there. And it explains why, despite the security concerns raised around them, Chinese ICT firms are expanding operations (or at least being considered for contracts) on both sides of the Atlantic, while American companies are buying Chinese-made drones that are banned by US government agencies.

Trying to restrict China’s role in global commerce through tariff walls, export bans and bilateral trade agreements is less likely to browbeat Beijing into compliance than to accelerate the divergence of a Sinocentric economic sphere.

Faced with decoupling, the Chinese state and private sector are doubling down on the drive for technological autarky, as one former US Treasury Secretary warns of an “economic iron curtain” descending across the world

Some well-informed voices are predicting a Sino-US bifurcation of cyberspace, and hence of the rapidly developing Internet of Things. The spread of a digital ecosystem built around Chinese standards and service providers – foundations for which are already being laid around the developing world – would give Beijing deeper influence over other countries than anything yet seen.

Building moats against China will not preserve US dominance if large parts of the world end up outside the moat and if the attempt drags down America’s own economy and innovative capacity. A targeted response to Beijing’s more egregious trade and industrial practices, and to espionage risk – for example, a “small yard and a high fence” approach to ICT products – is manageable and could gain international support. But a comprehensive, blunt-force attempt at decoupling will more likely speed the erosion of US leadership and the fracturing of the global economy.

The continuing focus on China has taken attention away from the excessive claims and passage restrictions by Southeast Asian coastal states.
Joan Beaumont 13 Feb 2019 06:00

Film review: They Shall Not Grow Old

Peter Jackson has reclaimed the voices of veterans, and with technical prowess offered a glimpse of the battlefield.
Euan Graham 31 Aug 2017 11:22