“Decoupling” the deep economic entwinement with China is increasingly seen as vital to US security. 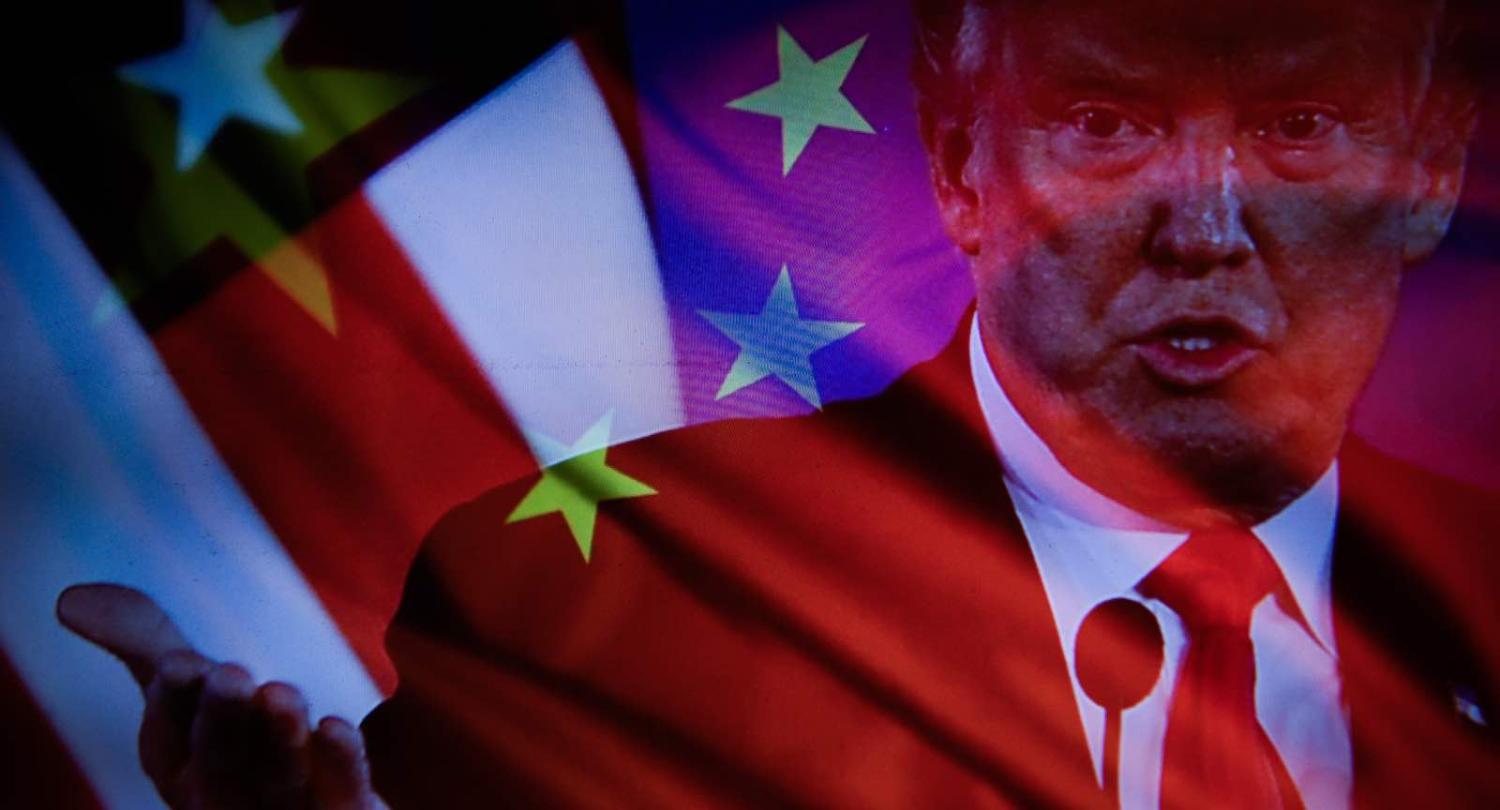 The goal is to ensure that China does not become a true peer competitor (Photo: Omar Marques)
Published 19 Oct 2018     Follow @J_B_C16

Over a decade ago, the term “Chimerica” was coined to describe the symbiotic relationship between the US and Chinese economies. While offshoring manufacturing to China and opening access to US markets and universities benefited American interests, it also saw China’s share of world GDP jump from around 8% in 2001 to almost 20% today, and assisted China’s ascent up the technological ladder. And whether or not “Chimerica” was really to blame for the yawning wealth gap within the US, a narrative around its predatory aspects fuelled the discontent that Donald Trump rode into the White House.

The train of events now points to a long-term reset of the US approach towards China.

Trump’s long-held views about the threat to America from imbalanced trade relationships seemed initially not to produce a coherent China policy. In mid-2018, it still appeared that his administration’s most hawkish voices might be sidelined in the search for a way of dealing with Beijing, despite accumulating trade and investment measures.

Yet the train of events now points to a long-term reset of the US approach towards China: one that is not just coming from the White House, but which finds increasing support among Washington’s bureaucracies and leading voices, helped along by generational change.

The term “decoupling” has emerged as Beltway speak for a new drive to restrict exchanges that enable China’s rise. The rationale goes beyond responding to Chinese espionage, or trade practices such as currency manipulation and forced technology transfer. If the goal is to ensure that China does not become a true peer competitor of the US, the necessary first step is to disentangle Chimerica, by cutting access to US markets, knowledge and cooperation.

This re-alignment runs deeper than the accusations of interference in US politics, rise in Chinese cyber-attacks and South China Sea incidents that have dominated recent news. It arguably runs deeper than the Trump administration, and represents the overdue realisation of basic contradictions in the relationship.

The centrepiece of this new trend is the speech by Vice President Pence at the Hudson Institute on 4 October, widely reported as heralding a “new Cold War”. The Hudson Institute’s China director Michael Pillsbury, who was recently named by Trump as “the leading authority on China” and was quoted by Pence in his speech, is best known for his book The Hundred Year Marathon: China's Secret Strategy to Replace America as the Global Superpower. The book’s thesis that engagement with China has only aided a grand project to supplant the US is echoed in Pence’s remarks:

To win the commanding heights of the 21st century economy, Beijing has directed its bureaucrats and businesses to obtain American intellectual property – the foundation of our economic leadership … the Chinese Communist Party is turning ploughshares into swords on a massive scale … China wants nothing less than to push the United States of America from the Western Pacific …

America had hoped that economic liberalisation would bring China into greater partnership with us and with the world. Instead, China has chosen economic aggression …

Previous administrations all but ignored China’s actions – and in many cases, they abetted them. But those days are over.

The day after Pence’s speech, Secretary of Commerce Wilbur Ross said that the US would consider incorporating a “poison pill” clause into its new or re-negotiated free trade agreements. This provision, which allows each party to exit if another party enters a free trade agreement with a “non-market country”, effectively gives the US a veto over partner states concluding trade agreements with China.

Also on 5 October, the FBI Director, who in February spoke of China presenting a “whole of society” threat to the US, told Congress that “China is fighting tomorrow’s fight … it affects every sector of our economy, every state in the country, and just about every aspect of what we hold dear.” This followed reports that the administration considered banning Chinese students from the US, to curb scientific espionage.

And last Friday, National Security Adviser John Bolton said Beijing’s “behaviour needs to be adjusted … in the international, military and political areas”, and that “now’s the time to do it”. This followed his recent comments that “This is not just an economic issue … This is a question of power”.

But perhaps the clearest statement of the new direction is the interagency report, commissioned by Trump, on the US manufacturing and defence industrial base and supply chain resiliency. Promoting the report in the New York Times on the same day as Pence’s speech, Peter Navarro – the White House Director of Trade and Industrial Policy, and author of Death by China – declared that “economic security is national security”, and singled out China as a “core threat”. The report itself is explicit about the challenge:

China’s non-market distortions to the economic playing field must end or the US will risk losing the technology overmatch and industrial capabilities that have enabled and empowered our military dominance – even as China seeks to raise its military capabilities to US levels.

China’s economic strategies … pose significant threats to the US industrial base and thereby pose a growing risk to US national security.

Lest there be doubt that US concerns are limited to theft of intellectual property, sabotage of offshored supply chains, or shaping of strategic materials markets, the report also identifies Beijing’s industrial upgrading policy “Made in China 2025”, Chinese investment in the US, and the education of Chinese nationals at American universities as threats. And it labels the “One Belt One Road” initiative – Chinese President Xi Jinping’s signature foreign policy – as “a mercantile trade system promoting China’s political domination of Eurasia and reducing US market access”.

As one former US Federal Reserve governor has put it, the current tensions are not about soybean sales, but about how the two great powers of the 21st century will define their relationship. And yet, killing Chimerica may not be enough to prevent China accumulating the power to really challenge US interests around the world. That also depends on China’s internal dynamics, and Beijing’s relations with other countries. There is cause for doubt that these factors are within US power to define.

Previous Article
Is the second Trump-Kim summit necessary?
Next Article
Deciding the future for PNG’s provinces

The focus is the Thai state. Foreigners and foreign interest are not targets in this fight.
Nicole George 18 Jul 2019 11:30