A spending surge aims to steer the economy out of crisis, but high debt and heavy interest pose another risk. 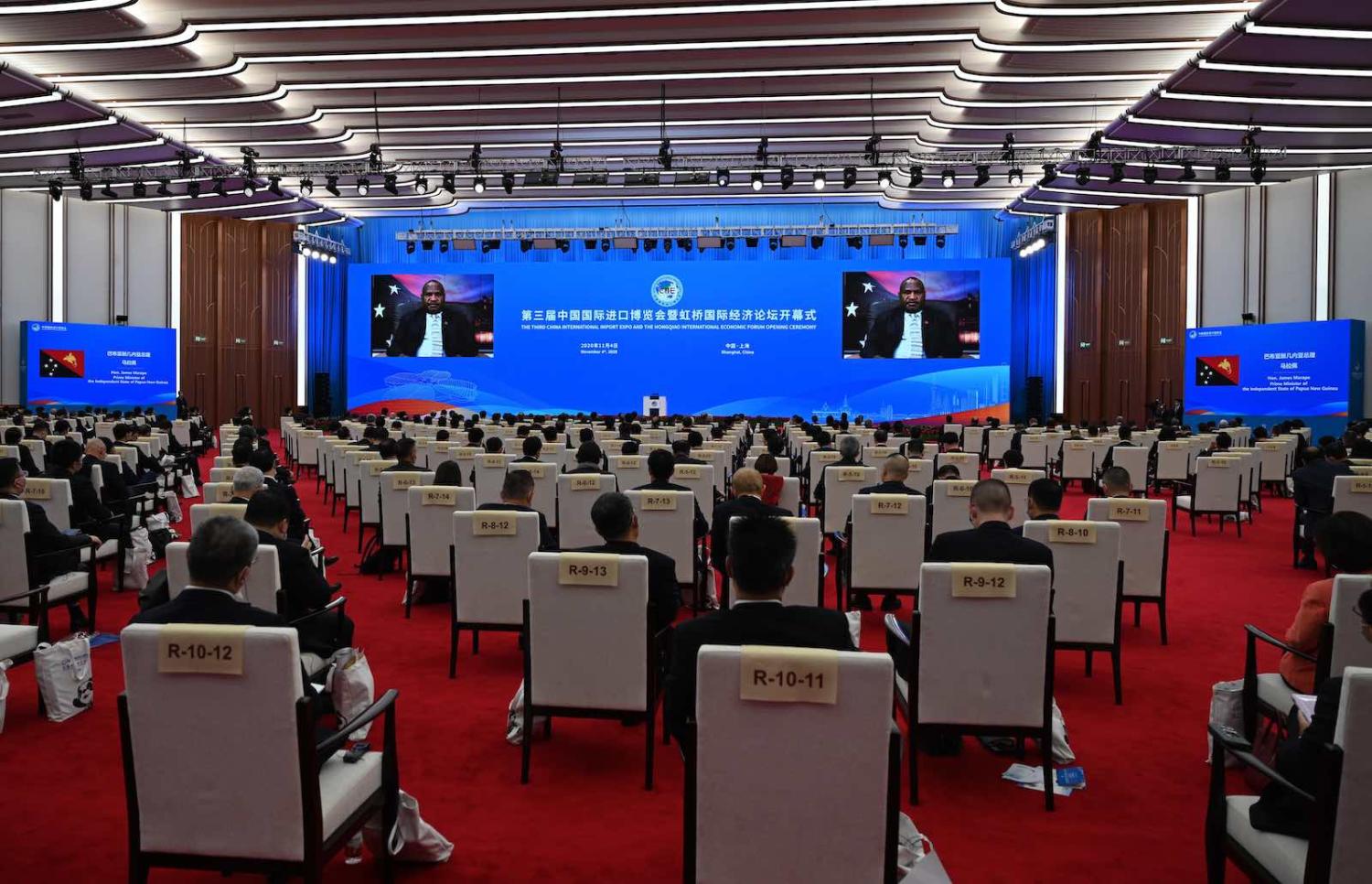 Papua New Guinea’s 2021 National Budget was passed in the parliament on November 17 under unusual circumstances. The traditional pre-budget lockup for economists and media was cancelled, and no opposition was present. Parliament was reconvened quickly by the Speaker following a defection of government ministers and members to the opposition. Only 48 out of a total 111 MPs voted in the 2021 budget.

Although the legality of the budget is likely to be challenged, a semblance of a plan for 2021 public finances is welcome, given the long-term effects of the pandemic on both the global and domestic economy. A brief scan of the 2021 budget reveals PNG’s highest expenditure target yet – K19.6 billion (A$7.6 billion), and lower government revenue at K12.9 billion, giving the largest planned deficit of K6.63 billion.

To put this in context, it is worth considering PNG’s government debt over the past decade.

As shown below, debt as a share of GDP began to increase five years ago. When PNG LNG concluded its construction phase in 2014, the economy (non-resource sector) slid into a recession, with no fiscal savings and little diversification beyond the resource sector. That year saw expenditure get out of control, and, coupled with a commodity price crash that led to lower government revenue, the budget experienced a blowout.

For every kina the government collects this year, about 20 toea goes to serving the interest on its debts.

To finance its deficit, the government first resorted to substantial domestic borrowing. Government bond yields rose steeply from 2014 onward, and it became more costly to borrow domestically. Subsequently, the deficit increased too quickly, and local investors reached their limits and ran out of appetite to lend more, which led to the central bank directly financing a portion of the deficit till 2016. The lack of domestic financing option and its high domestic borrowing cost prompted the government to raise money internationally, culminating in PNG introducing its first sovereign bond in 2018.

During this period (2014–20), no fiscal surplus was recorded. The deficit soared to a record-high 7.7% of GDP in 2014 and persisted in the following years, with little sign of fiscal consolidation. Public debt as a share of GDP increased steadily over this period and prompted the amendment of the Fiscal Responsibility Act twice to allow for a higher debt limit (now 60% of GDP). Interest payments have also doubled over the same period, with interest costs for this year amounting to K2.06 billion, or 12.1 % of government expenditure. As a share of internally generated revenue (excluding grants), interest payments increased to 20% in 2020, compared to just 5% in 2010.

In other words, for every kina the government collects this year, about 20 toea goes to serving the interest on its debts.

This year, like many other countries’ budget deficits, PNG’s deficit returned to near-record levels, at 7.3% of GDP, as the pandemic lowered revenue collection and prompted an increase in spending, taking the debt-to-GDP ratio to 50.3% (with arrears), compared to just 28% a decade ago. Excessive expenditure alone isn’t the cause for a high deficit this year. The surge in spending is reasonable and necessary to help the economy out of this crisis. Public debt is projected to peak at 60% of GDP in 2022 if economic conditions do not improve. Hence, the focus should be on how the government plans to meet its financing needs to maintain debt sustainability.

The treasurer plans to “finance the debt more cheaply” in the 2021 budget strategy paper. This year, the government shifted to cheaper external financing such as loans from development partners and bilateral supports, which carry much longer repayment schedules and lower interest rates than domestic and commercial borrowing. Of 2020’s deficit financing, K4.26 billion is being raised in external financing (70%), with the rest to be raised domestically.

However, PNG is not out of the woods yet.

There are already signs the government is cash-strapped and struggling to service its debt, given lower revenue. A K375 million commercial bank loan taken in 2014 had to be restructured for longer repayment. In addition, external financing is not a long-term solution, as there is only so much a country is willing to lend, and the process is subject to rigorous regulation and scrutiny. Also, concessional loans are usually determined by aid agencies and their assessment of the economic performance in recipient country. It is often linked to project financing and rarely provides direct budget support (the recent US$400 million Australian loan is an exception – Australia has agreed to roll over the US$300 million loan provided last November with a much longer repayment period, and provided an extra US$100 million for budget support this year).

The government should consider establishing a secondary debt market for its securities and encouraging broader participation from retail investors. This idea is not new, but there has been little progress.

In searching for other financing sources, the Central Banking Act (2000) was amended to allow the government to secure higher Temporary Advance Facility (TAF), from K200 million to K1.5 billion for within-year cashflow management. Although the government stated explicitly that this facility would not be used for deficit financing, given how the central bank was used to finance government debt just a few years ago, and how unaccountable the government has been with its expenditure, this amendment presents a potential risk.

One of the main reasons behind the high domestic borrowing cost is the absence of a secondary debt market for government securities. Currently, all government securities must be held to maturity and cannot be traded, which explains why PNG’s domestic public debt is largely confined to local financial institutions such as commercial banks and superannuation funds. When fiscal deficits increase, government securities face unmet demand from a narrow investor base, which pushes bond yield higher and increases financing cost.

The government should consider establishing a secondary debt market for its securities and encouraging broader participation from retail investors. This idea is not new, but there has been little progress. At the current yield of 12.5% for its 10-year treasury bond, it presents a very attractive investment option to many out there, especially in such a low interest-rate environment.

The PNG government deserves credit for making a shift to cheaper external financing option in the 2021 budget, given its record-high debt level and heavy interest burden. However, external financing can only be a temporary solution. If the government successfully overhauls its debt market, perhaps it does not need to look too far for its future financing needs.

Will the O’Neill government ‘be remembered by the people of Papua New Guinea as the most decisive, action packed, transparent and accountable Government the nation has ever had’ as asserted in the Alotau Accord?
Kumuda Simpson 18 Apr 2018 12:00

The Maldives’ experience suggests the need to adapt to global warming could in the future be manipulated for political leverage.
Sam Roggeveen 23 May 2022 03:00

China: The Morrison legacy and beyond

Labor is expected to persist with most of the Coalition’s foreign and defence policies. But useful changes can be made.