PNG’s prime minister must face down a no-confidence motion everyone knew was coming yet still caused a surprise. 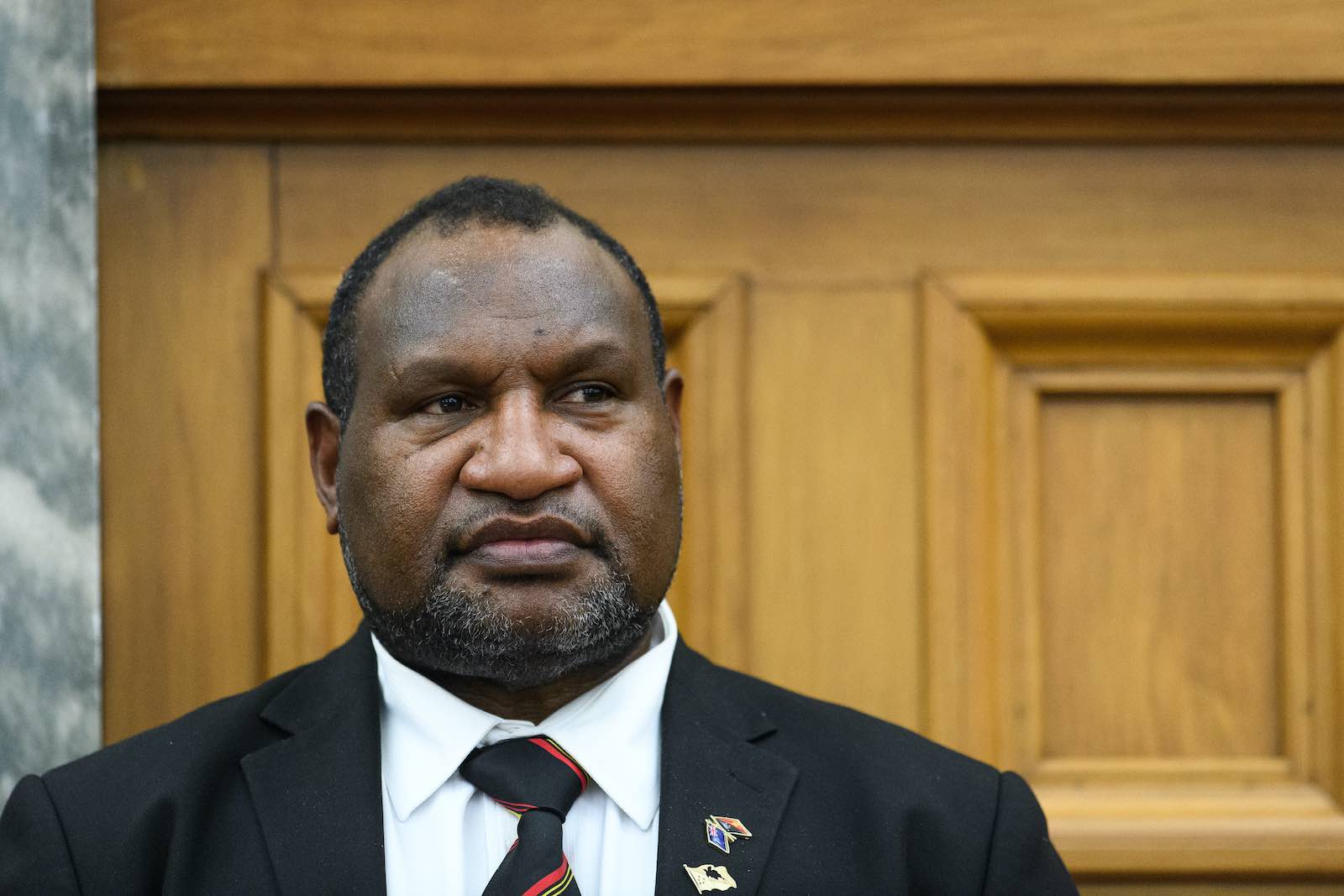 That late November 2020 would herald a period of potential political instability in Papua New Guinea was a given. It has been 18 months since James Marape ousted Peter O’Neill as the country’s prime minister, and a grace period protecting Marape from a vote of no confidence is due to expire at the end of the month.

Yet the speed and success of the moves against Marape on the floor of parliament late last week took many watchers of PNG politics by surprise – me included.

Even Australia’s government appeared to be caught out: Prime Minister Scott Morrison had just last week announced a visit to PNG would be part of his first overseas trip since the coronavirus pandemic. By Sunday, Morrison had confirmed that the Port Moresby leg of the trip was cancelled.

For all the political fireworks of Friday, little seems likely to be resolved for a number of weeks.

The parliamentary moves were bold and bruising. Thirteen members of Marape’s cabinet were among around 50 MPs who crossed the floor on Friday morning. Leading the exodus was Deputy Prime Minister Sam Basil, who had been installed in the job just over a month ago. The man he had replaced as deputy PM – Attorney-General Davis Steven – also defected, as did Foreign Affairs Minister Patrick Pruaitch.

The rebel MPs joined with the opposition to seize control of the parliamentary process. First, they purged the committee that oversees the vote of no confidence process, and then they adjourned the house to early December, pushing the next sitting past the expiry of the grace period.

At the weekend, in the tradition of PNG politics, MPs started grouping in camps. Opposition Leader Belden Namah took his MPs to Vanimo, in his home province of Sandaun. The remaining members of Marape’s coalition gathered in Port Moresby.

Both sides claim to have a majority of MPs on their team. Marape says the move against him will not succeed. He says the split is a case of “good politicians” being separated from the bad, and has fiercely rebuffed suggestions from Namah that he should resign, describing his opposite number in one combative social media post as a “political scumbag”. Namah has started styling his grouping as the government-in-transition. The former prime minister Peter O’Neill is a prominent figure in the opposition camp.

Produce your number on the floor mate, I am a Huli chief now responsible for the small people’s dreams to be rich in...

For all the political fireworks of Friday, little seems likely to be resolved for a number of weeks.

Parliament won’t be sitting, and therefore won’t be passing the government’s budget – which was due to have been handed down this week. It was expected to reveal details of new international borrowings to restructure the country’s debts, and to outline more efforts to reform the country’s poorly managed and largely unprofitable government-owned businesses.

Marape was set to lead negotiations later this month with Bougainville’s president on dealing with last year’s overwhelming referendum vote in favour of independence. Any meaningful progress will be subsumed by the uncertainty over Marape’s political future.

Disrupted too will be talks on the future of big resource projects. The Porgera gold mine in Enga province remains shut down, blasting major holes in the government’s revenue projections. The CEO of operator Barrick has been in Port Moresby for talks on its reopening (and the company had to disavow claims that his presence was linked to the political volatility). Efforts to push ahead on the delayed Papua LNG project with proponent Total are also in train, but unlikely to progress.

In the meantime, MPs will have plenty of time to consider their options.

Marape can appoint new ministers to replace the defectors, potentially enticing some back to the fold, or entrenching the decisions of those who have departed.

The numbers that really matter will be those counted on the floor of parliament in a few weeks time. That’s when MPs will either choose to stick with their PM, or pick someone new to lead the country through to elections due in 2022.

One of #PNG's biggest political showdowns has brought to the fore an irreparable rift between the new and old. Marape has unsuccessfully tried to fuse the two. This will be PNG's political juncture: the status quo vs the abnormality, the averse vs the bold. It will set the future