An outright loan for A$1.5 billion won’t meet all Indonesia’s needs – but it’s a very welcome start. 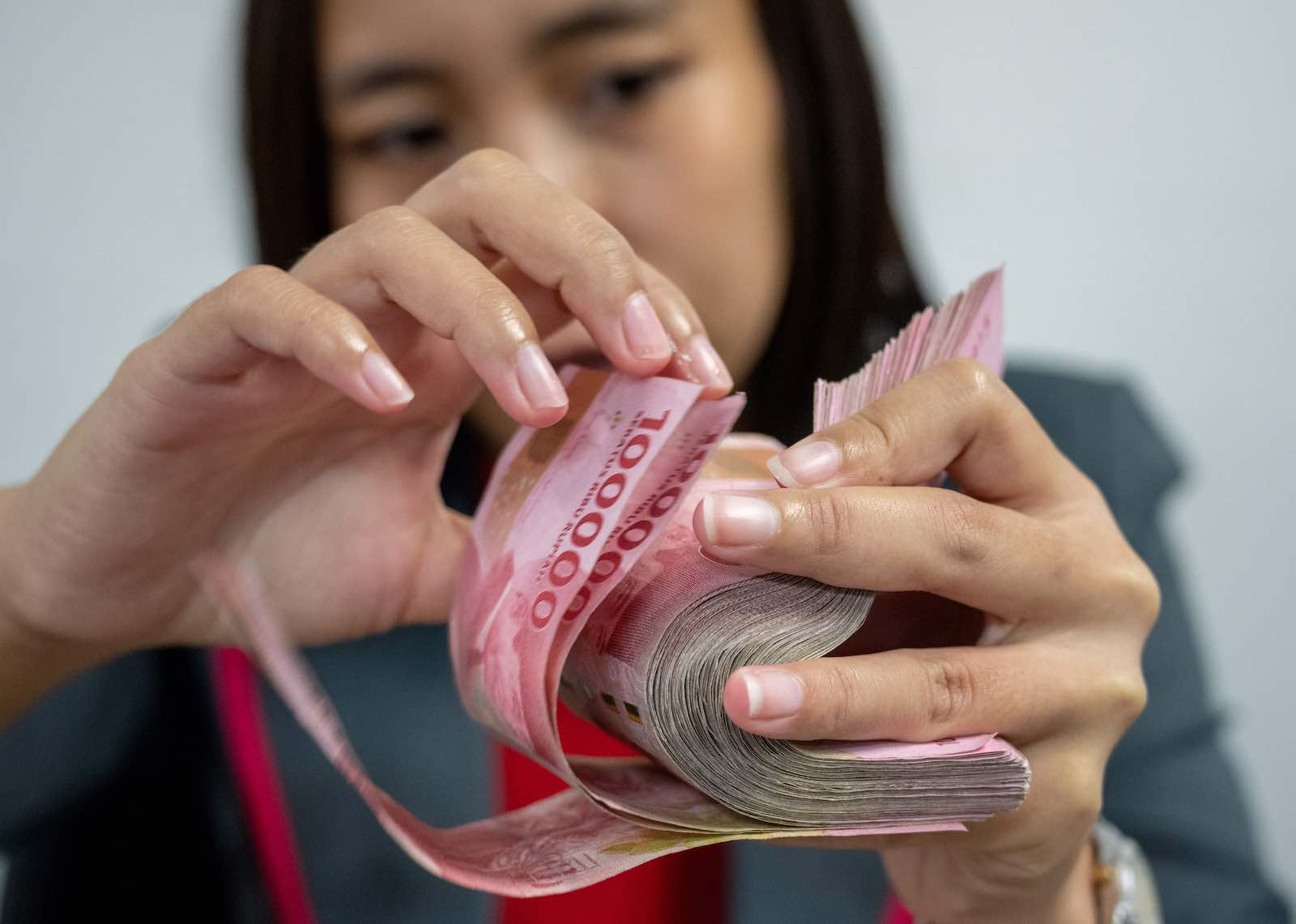 Foreign exchange in Jakarta: the rupiah plummeted in value at the outset of the Covid-19 pandemic (Bay Ismoyo/AFP via Getty Images)
Published 16 Nov 2020 12:00   0 Comments       Follow @RolandMRajah

Australia is lending A$1.5 billion to Indonesia to help it get through the economic crisis unleashed by Covid-19. This is welcome news and another sign of Australia stepping up to assist key partners in the region during an extraordinary global crisis.

The Australian loan will help the Indonesian government finance its budget deficit. As in all countries, effective response to the pandemic-induced recession requires a massive increase in the government budget deficit. Earlier in the year, Indonesia’s ability to finance this was extremely uncertain. Indonesia experienced violent capital outflows in March and April as investors worldwide reacted to the scale of the unfolding crisis. Foreign investors dumped Indonesia’s government bonds, and the rupiah plummeted. Because foreign investors normally fund a large part of the budget deficit, this threatened a severe problem. Thankfully by mid-year the outflows had subsided. But inflows never really returned in the way needed, especially given the substantially enlarged budget deficit that required financing.

With limited international help available, the Indonesian government turned to Bank Indonesia, the central bank, to directly fund a large part of the budget deficit. At the time, this was a big gambit. Unconventional monetary policy, in various forms, was already the norm in many advanced economies. But the idea that emerging economies could also engage in such practices without triggering an even more negative market reaction and further currency depreciation was not widely accepted.

In the end, the market reaction was muted. Perhaps because investors had already acclimated to the extraordinary policy actions of rich country central banks and accepted this as a relevant emergency response to the pandemic. Or perhaps it simply reflects the search for yield triggered by those enormous injections of liquidity that only assets in emerging markets can satisfy. Regardless, Indonesia had found a financial lifeline, even if this still carried some of its own risks.

So where does the Australian loan fit in?

I have advocated for some time that Australia should be willing to extend Indonesia a large standby loan facility, prospectively for as much as A$15 billion, in response to the pandemic crisis, which could be drawn upon if Indonesia had difficulty financing its budget deficit. This would have been a scaled-up version of previous A$1 billion standby facilities, ultimately never drawn upon, that Australia had provided Indonesia during past episodes of global market turmoil in 2008–09 and 2013.

The idea of a standby loan was to serve as an insurance policy. It would help to boost market confidence – making it easier for Indonesia to raise funds from the market – while providing an assured source of funding should this be needed. Such a facility would be particularly useful if there were another serious dislocation in global financial markets, especially as this could make relying so heavily on budget financing from Bank Indonesia much more difficult.

The need to sustain large budget deficits during the recovery phase ahead mean Indonesia’s financing challenges could persist for some time.

In the end, Australian assistance has taken the form of an outright loan for A$1.5 billion. This is not enough to be a game changer for Indonesia, which needs to raise as much as US$10 billion each month. But it will help. And there are several reasons discussions between Australia and Indonesia could have led to this particular outcome – a moderately larger loan than in the past but provided on an outright, rather than standby, basis.

On the Australian side, there would likely have been some political reluctance to providing a multi-billion dollar facility, given Australia is also battling its own domestic recession. In reality, the facility could be structured to come at little or no cost to the Australian budget. But the “sticker shock” may still have been too much for the government’s domestic political calculus. If this was the main limitation, then a standby loan of only A$1–1.5 billion would have been too small, given the scale of the current crisis. It would have been a minimal gesture on the part of Australia, simply keeping up with what had been done on previous occasions. Whereas an outright loan represents a bigger commitment by putting real Australian money on the table.

Indonesian preferences would also have been very important. President Joko Widodo may have preferred the tangible outcome of an immediate loan rather than the abstract insurance-like benefit of a larger standby loan facility. More generally, Indonesia’s policymakers now seem more focused on containing the government’s rising interest bill – which will reduce the space available for priority development spending such as infrastructure investment – rather than managing the risk of another severe bout of capital outflows. The interest rate on the bilateral loan has not yet been disclosed but will likely be quite cheap compared to Indonesia’s normal borrowing costs. It will also reduce some of the burden on Bank Indonesia in helping to fund the budget deficit.

Australia could arguably do more to assist. The need to sustain large budget deficits during the recovery phase ahead means Indonesia’s financing challenges could persist for some time while another bout of severe capital outflows remains a risk, even if this seems to have substantially receded for now.

Overall, however, the announced loan is a sensible and welcome step-up in Australian support.