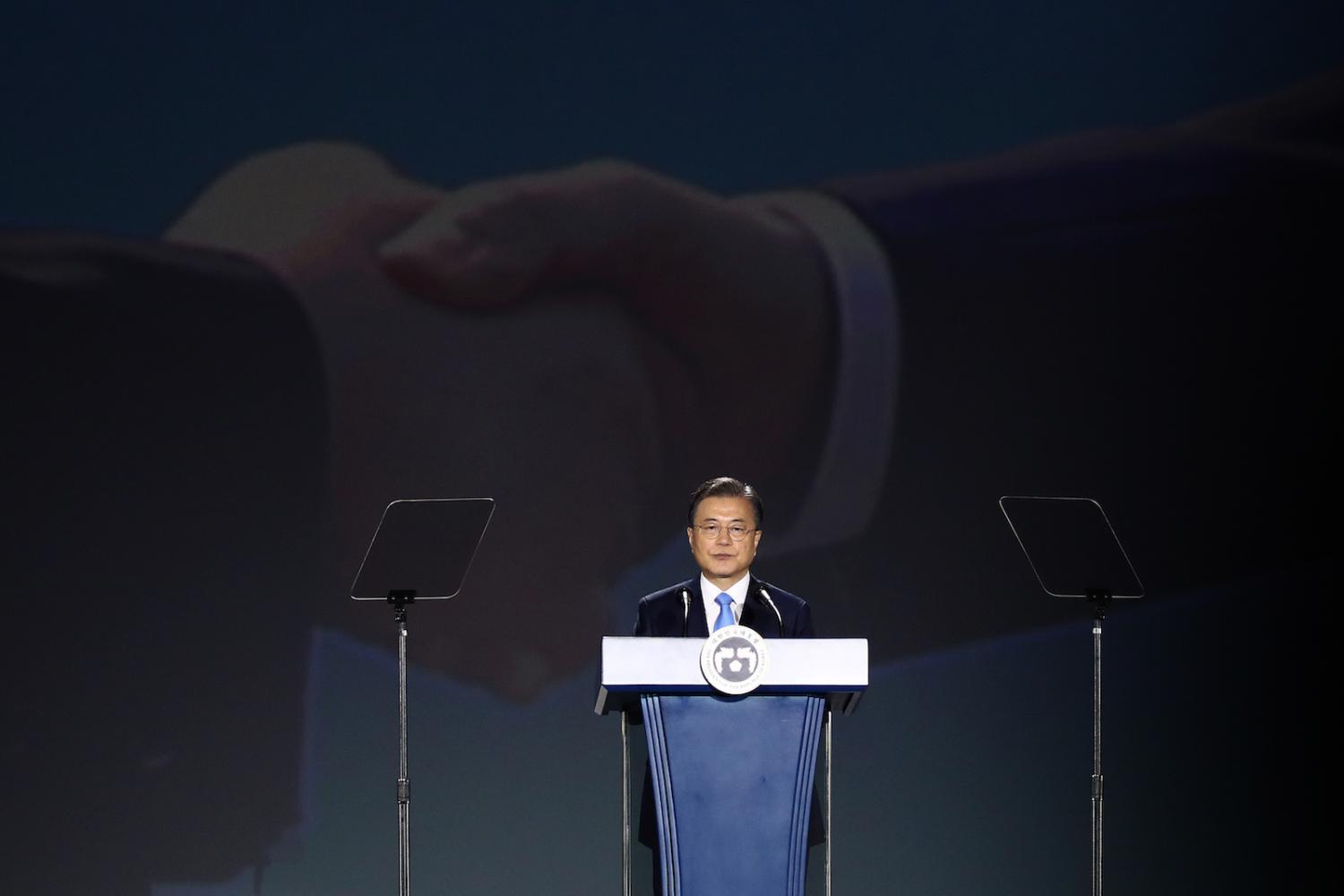 US presidential candidate Joe Biden, leading in most polls more than two months before the November election, is cautiously expected to win office. On foreign policy, his plan has been characterised as a “restoration project” to rebuild America’s international standing, with the help of allies – an orthodox US foreign policy approach, compared to President Donald Trump’s transactional manner. As the former vice president under the Barack Obama administration, Biden is likely to reverse most of Trump’s policies, especially with respect to traditional US alliances and arms control agreements.

One major difference in policies between Biden and Trump is over the two Koreas. Early in his candidacy, Biden announced that he would not meet North Korean Chairman Kim Jong-un without preconditions, after previous summits failed to produce any concrete results towards denuclearisation. Biden would not totally shun diplomacy with Pyongyang, suggesting instead he would deal with North Korea via working-level talks first and rely on allies and partners to make a coordinated effort on sanctions if Pyongyang fails to denuclearise. Biden is also likely to wrap up ongoing Special Measures Agreement negotiations with South Korea with the demand Seoul contribute to the alliance at a more reasonable cost than Trump’s “excessive” demands, in South Korea’s view, and a commitment not to pull US troops out of the country, as Trump has hinted at doing.

Trump’s treatment of South Korea may have strained relations, but he has done one thing right, from Moon’s perspective – embracing Moon’s outreach to Pyongyang.

Still, one question remains. The US–South Korea alliance under Trump has suffered great damage as a result of Trump’s disregard for South Korean President Moon Jae-in’s views and Seoul’s security interests. But can Biden and his proclaimed respect for US allies fix the alliance? Or will his emphasis on sanctions derail Moon’s détente and further exacerbate the split in the alliance?

Trump’s treatment of South Korea may have strained relations, but he has done one thing right, from Moon’s perspective – embracing Moon’s outreach to Pyongyang by holding three historic summits with Kim. Biden could regain some trust when it comes to upholding US security commitments, but his no-summit and sanctions-focused approach will become a headache for Moon – especially after Moon appointed more pro-détente figures in his national security team to improve inter-Korean relations in his last two years in office.

Biden’s North Korea policy has been described as “strategic patience 2.0”, an updated version of Obama’s “strategic patience”, which was about waiting for North Korea to commit to denuclearisation while pressuring the regime via sanctions. It is hardly a novel approach in US foreign policy, even under Trump. The US has often used sanctions to pursue ambitious goals – such as to bring down the Nicolàs Maduro regime in Venezuela, to restore a status quo in Crimea after it was seized by Russia, or to force Iran to give up its nuclear weapons – even though the power of sanctions alone cannot achieve such goals.

At the time, Obama’s approach was not a cause for friction in the US–South Korea alliance because South Korea’s then-presidents Lee Myung-bak (2008–13) and Park Geun-hye (2013–17) imposed their own sanctions on the North – for Pyongyang’s 2010 attacks on the South’s Cheonan warship and Yeonpyeong Island and its 2016 nuclear tests.

Furthermore, Obama’s reassurance to Seoul by sending the nuclear-capable B-2 bombers to the peninsula during the 2013 crisis and deploying the Terminal High Altitude Area Defense (THAAD) battery in 2016, in response to increasing threats from the North, reinforced the image of an “ironclad” alliance in Seoul’s eyes.

There are no signs Moon will alter his agenda anytime soon. As such, Moon will not sit idly by while Biden implements his “strategic patience”.

Unfortunately for Biden, Moon differs from his two predecessors when it comes to dealing with North Korea. Moon has long espoused a more independent foreign policy and wanted to lead the North Korea peace process rather than waiting for Washington. Instead of going along with the US, Moon’s team is looking for more ways to circumvent the sanctions on North Korea. Recently, the Ministry of Unification declared the May 24 Measures, sanctions slapped on North Korea by the Lee administration for its 2010 attack, would no longer be a “barrier” for inter-Korean engagement. Moon himself hoped Trump and Kim would meet before the November US election, and pledged to expand inter-Korean cooperation for the rest of his term. Seoul even requested the US to reform the working group to leave more space for North-South engagement without having to ask for US approval.

South Korea has also reached out to China for help to break the deadlock with the North. Although North Korea has rejected foreign aid for the coronavirus pandemic and recent floods, there are no signs Moon will alter his agenda anytime soon. As such, Moon will not sit idly by while Biden implements his “strategic patience”.

The cohesion of the US–South Korea alliance is based not only on deterring North Korea, but also on how the two allies can agree on engaging it. Moon may not like Trump’s disrespect for South Korea’s security, but Moon arguably can be pleased with the US president’s three summits with Kim. The prospect of a Trump victory and his promise to strike a deal quickly with North Korea can in some ways bolster Seoul’s diplomacy with Pyongyang. With Biden, however, a coordinated attempt with allies to deter and sanction Pyongyang might assure Seoul’s security, but it will also seriously undercut Moon’s North Korea policy, and potentially deepen the split between the two allies.

Previous Article
FITS and starts
Next Article
Book Review: The seeds of authoritarianism

AUSMIN is a chance to refocus Biden’s Indo-Pacific strategy

For all the talk, there is little evidence that Washington is treating the region as a decisive priority.
Erin Hurley 10 Mar 2022 12:20

Against the backdrop of Putin’s invasion, Biden’s ability to rally allies is winning support.