A unique Arabica crop has the potential to improve women’s financial inclusion and climate change all at once. 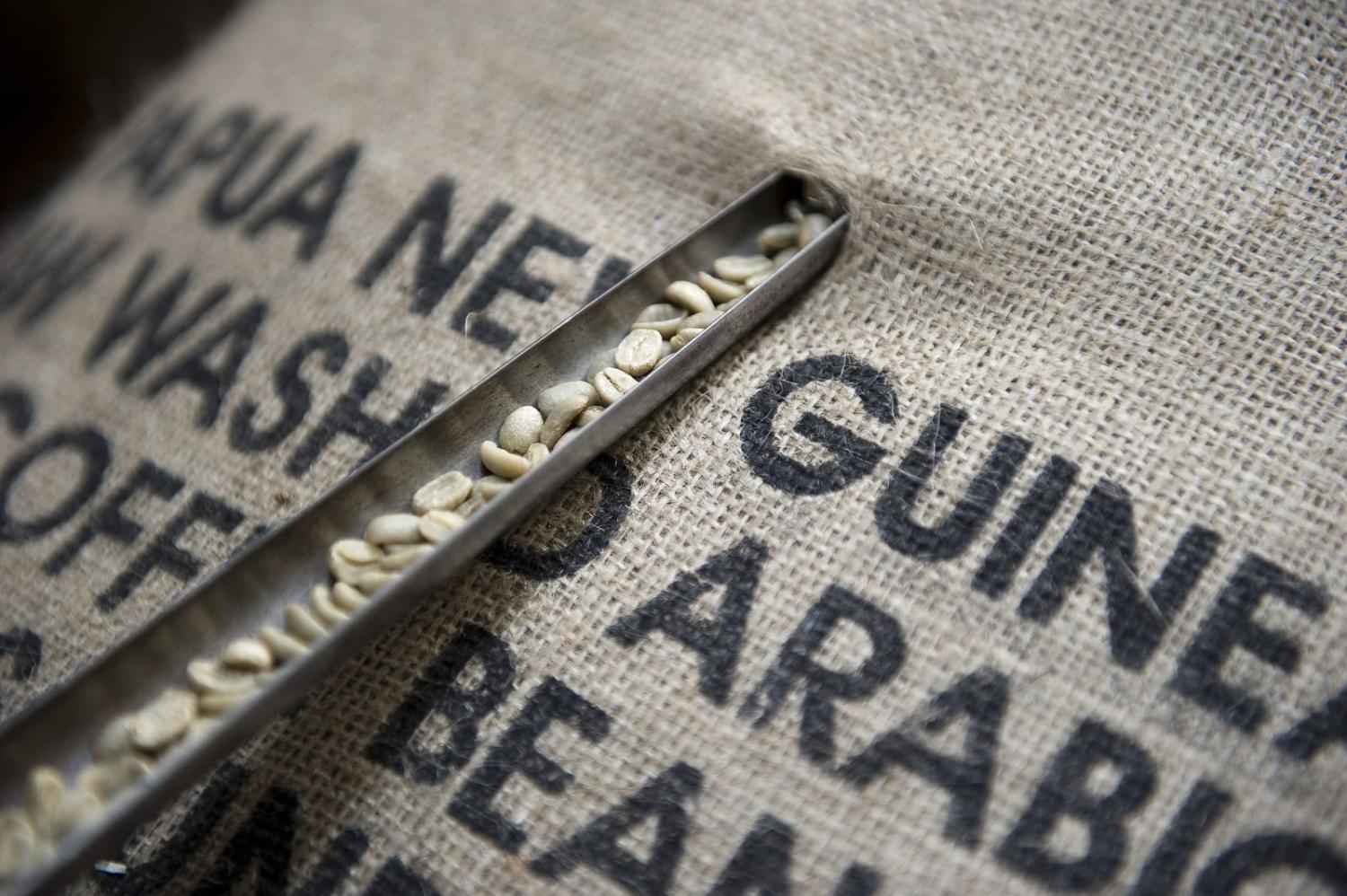 Environmentally vulnerable but economically valuable, Papua New Guinea’s Highlands region currently occupies an enviable position. It is one of the few places in the world that has the opportunity to achieve simultaneous progress in three vital areas: improving the livelihoods of women in agriculture, maximising the economic benefits of the coffee value chain, and addressing the effects of climate change.

Rated as the world’s tenth most vulnerable country to climate hazards, PNG stretches over more than 600 islands and has a predominantly rural population that is largely dependent on subsistence agriculture. Around 40 per cent of PNG’s population lives in poverty, often lacking critical infrastructure such as clean water, reliable electricity, efficient telecommunication connections and adequate roadways.

Yet the country’s mountainous Highlands region produces a product that the world finds indispensable: a robust, uniquely self-pollinating species of Arabica coffee beans. The coffee sector makes up six per cent of PNG’s GDP, supporting around one-quarter of the population. Recognising the opportunity in the coffee sector, Prime Minister James Marape recently created a new Cabinet position – Minister for Coffee – and named Joe Kuli of Anglimp-South Waghi, a representative from the central Highlands region, to take the post. This will reinforce the country’s focus on one of its most valuable export commodities, accounting for 27 per cent of PNG’s agricultural exports according to latest reports.

Any deterioration in living conditions seems likely to impact women hardest in PNG, which was rated second-last worldwide in the 2020 Gender Inequality Index.

However, the Highlands of PNG will be one of the regions hit especially hard by the effects of climate change as warming temperatures, greater rainfall, threats of flooding and sporadic droughts continue to spur an increase in pests (such as the coffee berry borer) and diseases (including coffee leaf rust) that ultimately endanger the harvest. The country is already feeling the impact of the climate calamity, with almost 20 per cent of its landmass permanently inundated or frequently flooded and with annual rainfall forecast to increase by eight per cent by 2030. PNG’s government has prioritised climate action, announcing a package of measure at Africa Climate Week amid the run-up to COP 27.

Any deterioration in living conditions seems likely to impact women hardest in PNG, which was rated second-last worldwide in the 2020 Gender Inequality Index. Women make up more than half of the 450,000 smallholder farmers working in the country’s coffee sector and play a key role in the Highlands. They often prepare the land, plant and tend the berries, pick and process the crop, and increasingly play a role in coffee roasting and packaging (even though the ownership of the land overwhelmingly sits with men).

According to recent data indicative of the country’s social challenges, less than 30 per cent of PNG’s women currently have a financial account, and less than three per cent have access to credit, with the numbers significantly lower in the Highlands region, where only about one per cent of women have access to credit.* Women in PNG, most of whom lack mobile phones, also tend to have limited digital financial literacy or numeracy, which further discourages time-poor women from gaining access to financial services.

Expanding access and usage of financial services is critical to strengthening the livelihoods and resilience of women in agriculture. According to CGAP research, when women have access to savings, credit and insurance, they can buy higher-productivity equipment, expand their crops, purchase more resilient berries and negotiate better pricing as they’re not under pressure to sell immediately. In addition, financial solutions that facilitate access to and use of labour-saving assets such as tractors and solar water pumps can save women significant time and fuel, enhance earning opportunities and reduce health risks and post-harvest loss.

Women are vital to the country’s agribusiness sector as entrepreneurs as well as employees, and are poised to target sustainable coffee markets where they can receive premium profit margins for their sales.  When coffee farmers plant more trees among their coffee plants, they could be paid a premium for storing carbon, further helping offset climate change. Broadening financial inclusion is the baseline factor in achieving such ambitions.

Funders and sector support actors also play an important role in providing capital and technical assistance. For example, MiBank has partnered with the central bank’s Centre for Excellence in Financial Inclusion (CEFI) and the International Fund for Agricultural Development (IFAD), along with the Fresh Produce Development Agency (FPDA), to financially include farming households by aiding their transition to market-oriented production. The International Finance Corporation (IFC) is working with some of PNG’s non-bank financial institutions to broaden financial inclusion, especially by promoting digitalisation. Its efforts, supported by the governments of Australia and New Zealand, emphasise the need to prioritise women who have not been able to open bank accounts or obtain microloans to start businesses.

This month’s observance of International Rural Women’s Day and International Coffee Day, amid the run-up to next month’s COP 27, offer a timely chance to examine such opportunities through the potential of women’s financial inclusion. The combination of a national resolve on climate action and an ever more prosperous coffee value chain offer PNG’s women a growing opportunity to assert greater agency in shaping their financial lives.

* These indicative figures are based on 2011 census data for the Highlands, calculated by a World Bank growth rate and Bank of Papua New Guinea’s 2022 data (available here via CEFI). They are based on the whole population (not 18 and older), a 49 per cent female population, and do not take a youth bulge into account.

Previous Article
A day at the (Beirut) races
Next Article
Even now, standing supreme, Xi has limits to his power

When a sports club thinks strategically, governments can benefit too.
Alexandre Dayant 9 Apr 2018 14:00

Links and stories from the aid and development sector.
Rodger Shanahan 6 Jan 2020 12:30