PNG’s new health plan: “Leaving no one behind is everybody’s business” 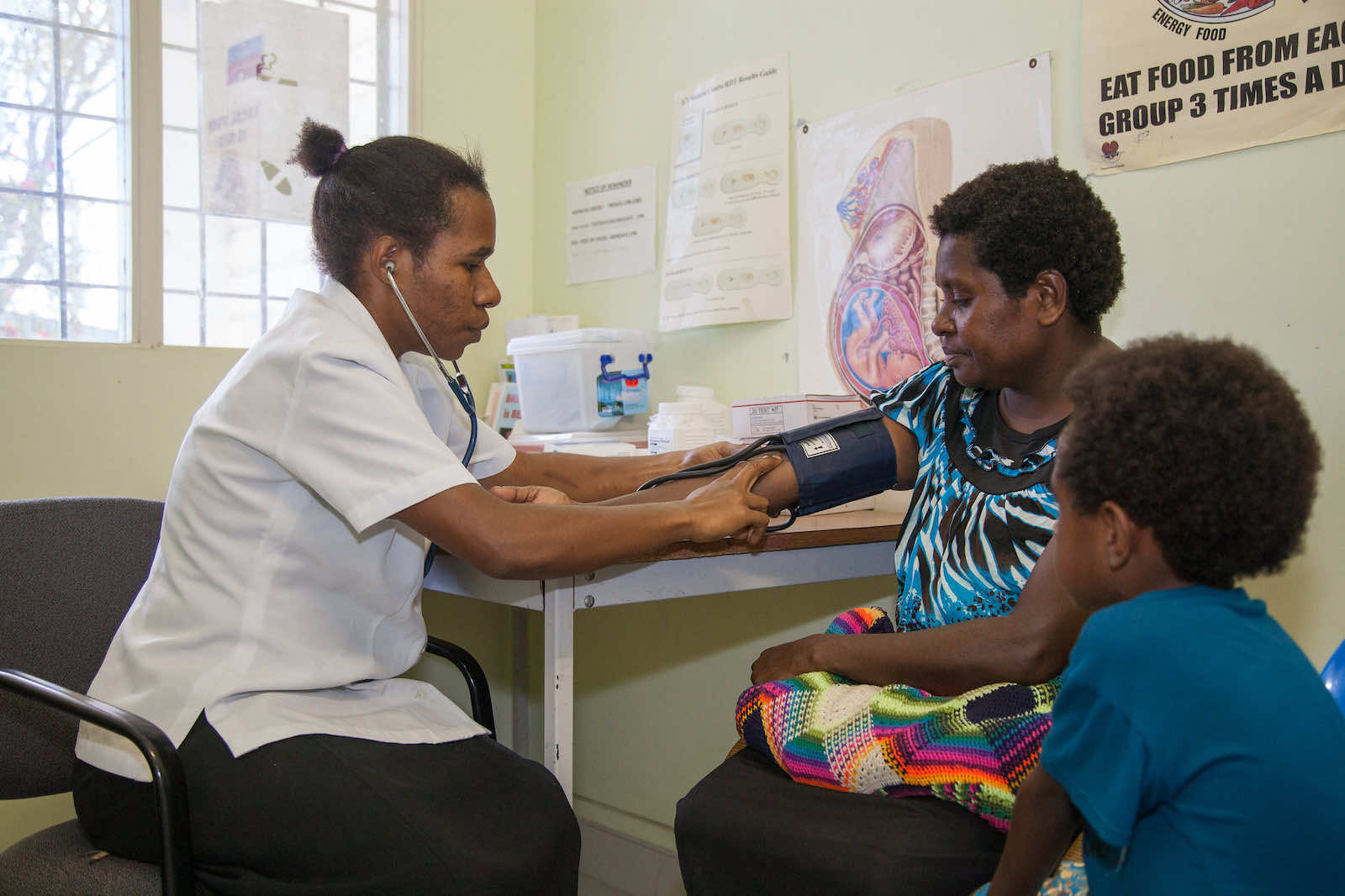 Following nearly two years of Covid-19 prompted commentary on the vulnerabilities of the health system in Papua New Guinea, the country’s new National Health Plan (NHP 2021-2030) has received remarkably little public attention. Launched in December 2021 by Prime Minister James Marape, the theme of the new national health plan is that “leaving no one behind is everybody’s business”. But it’s hard to find a final copy of the document in the public domain, and the Ministry of Health website continues to direct readers to the now outdated 2011–2020 plan.

The stated aim of the new plan is to “empower people to take ownership of their health and wellbeing and to decide, plan and implement health priorities for their families and communities”. Five key results areas are nominated for strategic focus, including effective engagement with communities, partnerships, increasing access to quality and affordable health services, addressing disease burdens, and stronger health systems.

PNG officials have celebrated the NHP 2021–2030 as a homegrown document prepared by Papua New Guineans rather than international experts. Dr Osborne Liko, the Health Secretary, described it as a simple and realistic plan, inspired by the likelihood that financial resources will be constrained for at least the next five years.

Improving the health of communities requires more than simply responding to, and addressing the needs of, specific groups and individuals.

Liko’s cautionary reference to resourcing constraints comes despite the health sector receiving 11.2 per cent of the 2022 national budget, a 39 per cent increase on budgeted expenditure from the previous year. Other promises include a K50 million allocation for the cancer unit at the Port Moresby General Hospital, a long overdue funding increase for church health services, and the establishment of 5000 roles for additional health care employees. This will need careful management, as although health services in PNG are predominantly government-funded, the latest plan also make clear about 20 per cent of health funds are provided by development partners, often outside of government processes.

Marape similarly stressed the need for on-going support from international partners, stating that government expenditure will be insufficient to meet the country’s health needs. Rather than boast his government’s election-year spending, Marape set his sights on a different type of objective:

I summarise the plan into this – a quality health system and facilities must be within reach in an hour by walking, by boat, by vehicle, or by a plane for our people wherever they are in the country.

Marape is right to emphasise accessibility and PNG’s difficult environment. According to the World Health Organisation, the socioeconomic conditions into which people are born, live, and work, are the single most important determinant in shaping good or ill health. Individual and societal health is influenced by factors such as wealth, education, employment, power, social support networks, and cultural influence. While Covid-19 may have pushed the social determinants of health to the forefront of the Western world’s imagination, the people of PNG have long been aware of the discrepancies that their population face getting health care.

Consider the remote community of approximately 7000 people called Ambullua, in Jiwaka Province. Although Ambullua has a functioning haus sick (health centre), it is not completely equipped to handle emergencies. Some villagers must walk long distances to obtain medical attention, which can be dangerous for women who are having difficulties giving birth. While Ambullua is a very remote example, communities located closer to provincial town centres can face similar challenges.

Social determinants are frequently used to explain the health gap between different groups in society. Being able to effectively measure the health gaps in different social groups provides essential information to guide health policy development and health care priorities. Yet finding this information for PNG's population can be difficult. Health-relevant research on PNG tends to focus on independent groups stratified by gender, age, and illness stream rather than looking at distinct outcomes for different groups (e.g., those with high socio-economic status compared to groups with low socio-economic status). This has consequences for understanding gender-based violence as a major societal determinant of health in PNG (as it is elsewhere). The repercussions of gender-based violence will have a profound impact on the quality of life of victims and exacerbate the socioeconomic challenges that many vulnerable groups in PNG already face.

While the evidence shows that social status and power differentials can explain some gender health gaps, when the academic and policy literature focuses on gender and health it generally means the focus is on women’s, rather than men’s, health. This means that men’s health may be ignored or given a lower priority. And yet, men die younger than women in PNG and are generally more burdened by illness during life globally. In a patriarchal society, improving men’s health, and especially their health literacy, is likely to have flow-on effects to other members of their families and communities.

It is critical that the Covid-19 spotlight on PNG’s health sector does not fade as the world’s attention shifts to the next global disaster.

Despite the anticipated impact of the Covid-19 pandemic on the mental health of the community, coupled with the intergenerational impacts of GBV and conflict in some areas (e.g., Bougainville), the new plan does not mention mental health nor mental illness. It is quite difficult to find up-to-date data about the nature and incidence of mental illness in PNG.

The philosophy in the new plan of “leaving no one behind” provides a potential framework to identify and prioritise the key social determinants of health to be addressed in the implementation. Improving the health of communities requires more than simply responding to, and addressing the needs of, specific groups and individuals. It requires a holistic approach to health management, empowering individuals, families, and communities by improving health literacy and developing true partnerships between them and their health service providers.

This may encourage communities and individuals to speak up and ask for services that better respond to their local needs. Embedding health programs delivered through development agencies into those managed and delivered by the government may further improve the coordination of services and hopefully health outcomes. This will include improving the quality of education for nurses, midwives and community health workers who represent almost three quarters of the professional health workforce and are government’s link to health communities.

Although the PNG government has an overarching responsibility to address these inequities, it is also critical that the Covid-19 spotlight on PNG’s health sector does not fade as the world’s attention shifts to the next global disaster.

Show Comments
Previous Article
Australia enters the post-party phase of Western democracy
Next Article
Where to for trade policy?