He speaks of the nation, but by his actions, Peter O’Neill’s effort to impose a sense of greatness is all about himself. 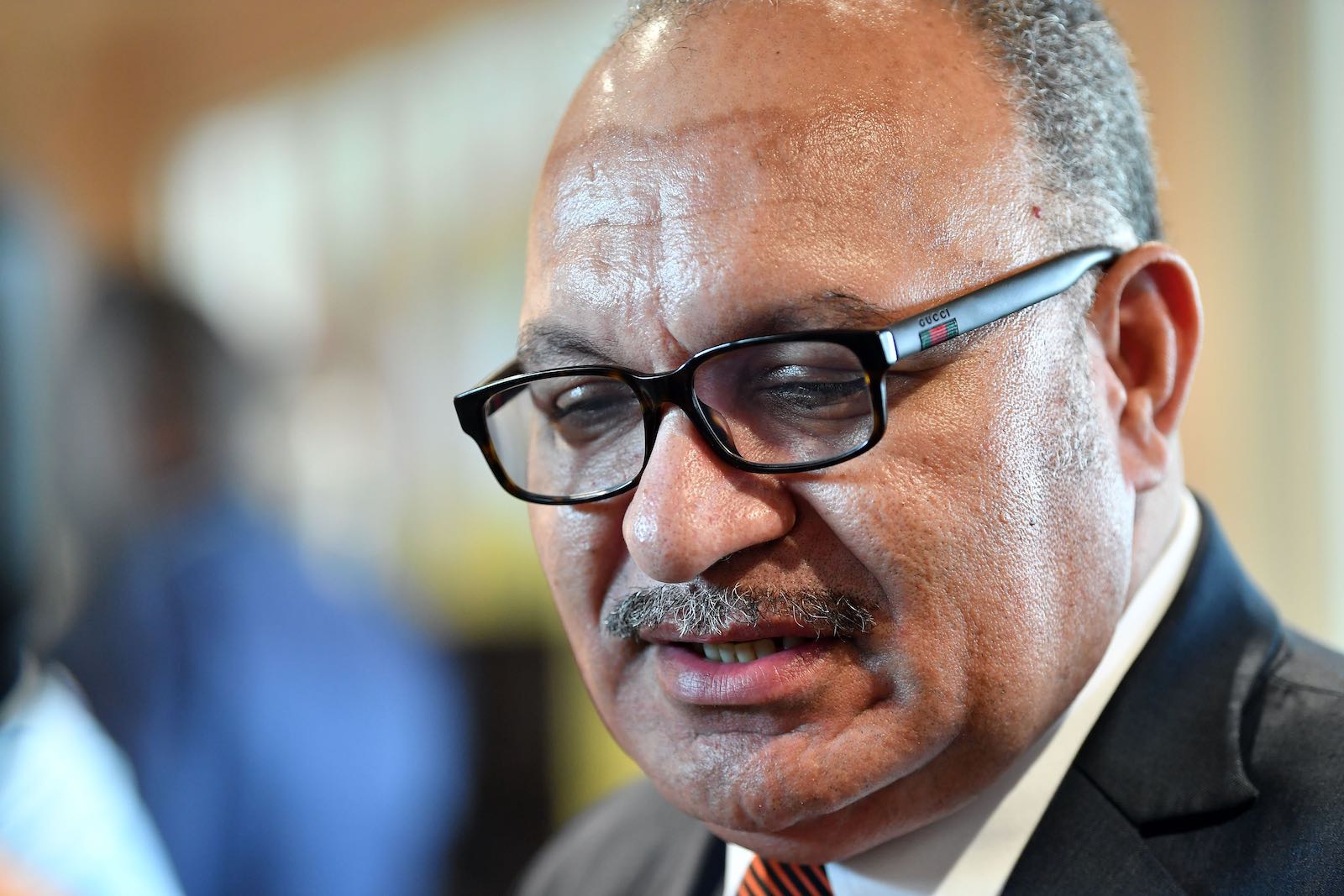 Peter O’Neill seems to have put his marred ascension to power behind him as he accuses the opposition of threatening a “mandated” Prime Minister (Photo: Saeed Khan via Getty)
Published 23 May 2019 06:00   0 Comments

The past two weeks have been an anxious wait and see in Papua New Guinea politics, and will continue to be so until such time as a vote of no confidence takes place, if at all.

On 6 May, prior to the PNG parliament’s last sitting, Prime Minister Peter O’Neill released a statement that his Government was “mandated by the people of Papua New Guinea at the 2017 elections” and that those who were pushing for this vote of no confidence were “self-interested” and threatening the stability of the country.

This was not without irony. O’Neill came into power in 2011 by means found unconstitutional by the Supreme Court. O’Neill effectively ignored the court decision, leading to PNG having two declared Prime Ministers for a period of seven months ­– one declared by Parliament and the other by the judiciary. Initially, the ousted prime minister, Sir Michael Somare, fought the matter in court, however, he went quiet ahead of the 2012 national elections.

The O’Neill government’s method of eliminating these threats has been to shower the news-cycle with alternative facts or to disregard the rule of law and the conventions of a Westminster system.

At the 2012 ballot, O’Neill emerged as the elected PM. His People’s National Congress (PNC) party went from 10 members in parliament to 27. Somare’s National Alliance party then surprisingly formed a coalition with O’Neill. It would later be revealed, quite oddly, that Somare was paid compensation by the PNG government for his illegal ousting.

Yet O’Neill seems to have put his marred ascension to power behind him as he now accuses the opposition of threatening a stable and “mandated” Prime Minister and government.

O’Neill’s intentional use of language and ability to differentiate his own legal quandaries from other members of parliament has been one of the most telling features of his time in the top job. As one Twitter commentator noted, “O’Neill could sell water to a drowning man.”

In all of this, O’Neill’s on-going concern is with his legacy, that all the things he has purportedly done for PNG are at risk of being undone. Most of these risks relate to scandals that have occupied the country over his term: the “illegal” arrest warrant for the Prime Minister himself, allegations surrounding the UBS loan, the buying and selling of the Oilsearch shares, the struggling PNG economy, the neglect of landowner royalties in the PNG LNG project, the Paladin contract saga and the lack of transparency with the Papua-LNG deal.

The O’Neill government’s method of eliminating these threats has been to shower the news-cycle with alternative facts or to disregard the rule of law and the conventions of a Westminster system. O’Neill repeatedly claims his government provides PNG prosperity and stability, and insists his intentional frustration of the legal process and conventions is lawful. He points to increased infrastructure programs, the “successful” hosting of APEC, and increased spending on health and education. Yet many of O’Neill’s claimed infrastructure successes are either Chinese-loan funded or donor funded. And although China is a welcome trade partner, the terms of its loans are widely criticised. Further, health and education have actually suffered significant funding cuts under the O’Neil Government.

For a time, O’Neill was claiming strong economic growth despite the country being amid a clear recession. When oil prices hit record lows in 2016, O’Neill’s Chief of Staff, Isaac Lupari, claimed the PNG LNG project would not be affected by the drop in oil price because its purchase price was contractually fixed. Fast forward to last week, and O’Neill has now stated that there were insufficient funds to set up the PNG “Sovereign Wealth Fund” as the drop in oil prices had affected projected PNG LNG returns.

But there is no doubting O’Neill’s political cunning. O’Neill builds his own truth and his own image, despite any or all evidence to the contrary. His dressing down of former finance minister James Marape in Parliament at its last seating made Marape look clueless and uninformed when asking O’Neill very legitimate questions about the dubious UBS loan. O’Neil was masterfully deflecting the onus on to the Opposition and the PNG public as if to say, “Is this really your alternate Prime Minster?”

In a country where politics is as much about your representation and standing in your tribe and local community as your performance in Waigani, O’Neill’s obsession with leaving a legacy can partly be contributed to the fact that unlike previous PNG Prime Ministers in its young democracy, O’Neil is not a “first”. He is not a founding father of PNG like Somare and Chan, nor the first Prime Minister from his region like Skate, Namaliu and Wingti nor was he a first in his field prior to entering politics like Morauta. In fact, prior to politics O’Neill was largely infamous for being implicated in the National Provident Fund scam, which saw Papua New Guineans defrauded of millions of kina.

O’Neill’s eagerness to put himself at the centre of the modern PNG story can be seen in the 2014 publication of a book entitled His dream is our dream. The book is described as a “collection of speeches by Prime Minister Peter O’Neill.” At this stage, he had been in the job for less than two years. A year earlier, O’Neill created the “PM O’Neill Foundation”, which boasts it “is all about one man’s desire to give back to a nation that has given so much to him.”

All this, a clear testament to O’Neill’s desire to create a political identity and entangle an image of himself in the national identity. However, ultimately, as O’Neill challenges his political mortality by hampering the vote of no confidence process in the Supreme Court and threatening legal action against the Ombudsman Commission, it is clear that his legacy is about himself. An attempt to impose a sense of greatness, that only he has a mandated vision for this nation. It is a legacy that comes at the cost of the democratic structures of PNG, the economy of PNG and the very lives of Papua New Guineans.

Show Comments
Previous Article
As India tallies votes, Modi might win government but not the country
Next Article
Tackling the global danger of drug-resistance: how far have we come?