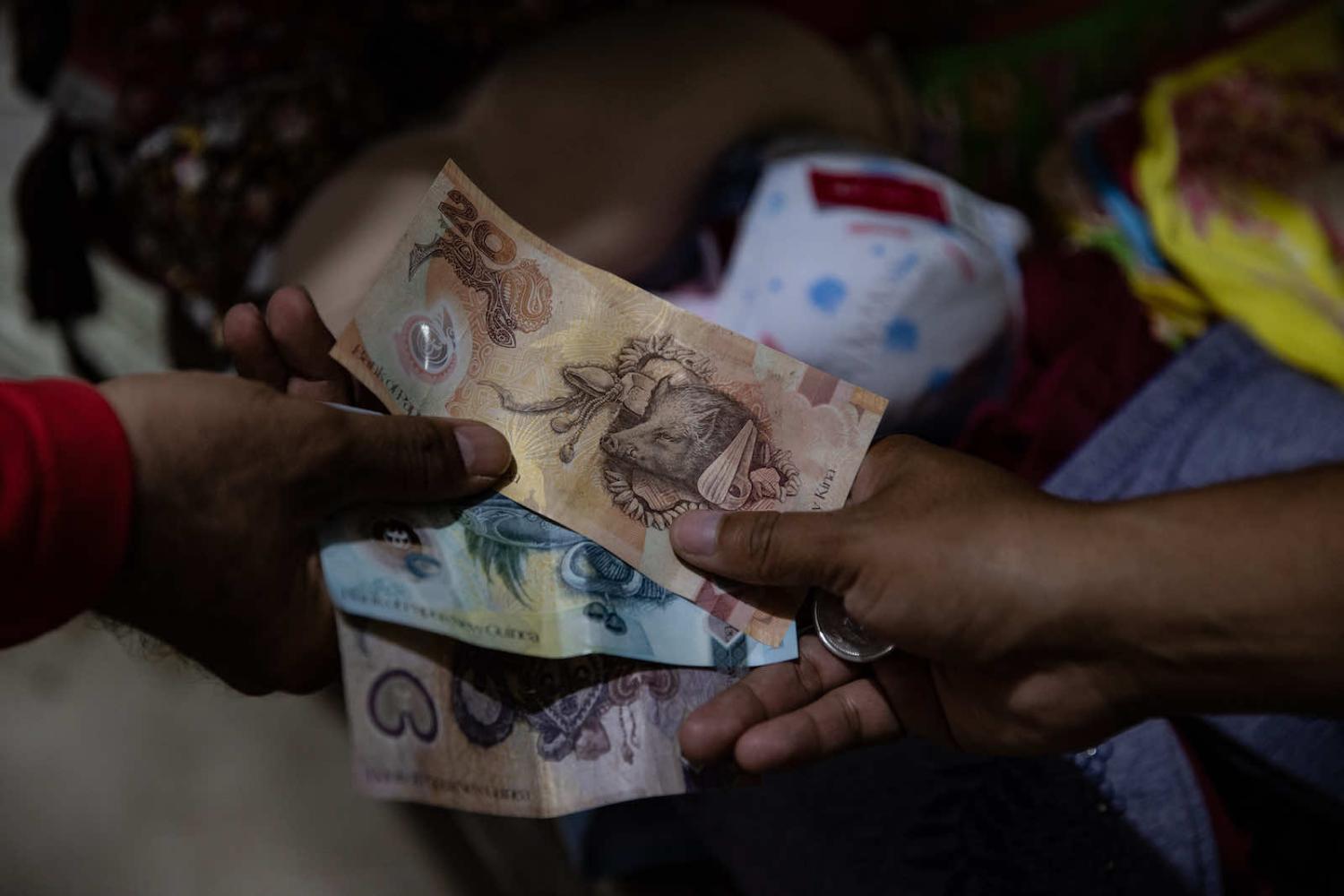 In 2020, Papua New Guinea’s Prime Minister James Marape directed 20 per cent of the District Services Improvement Program funds (DSIP), which are paid to the 89 open MPs representing the district electorates, to be spent on health. The government then allocated an additional K2 million in 2020 to the MPs to spend on the Covid-19 response.

Involvement of MPs in funds intended for health during a Covid-19 crisis raises two concerns: first, past experience shows that funds that are left at the MPs discretion are highly politicised; and second, the DSIP funds have very poor acquittal records. In addition to that, suspension of transparency and accountability measures in the name of expediting response to the pandemic leaves room for exploitation.

What can we learn for past experience?

Mismanagement of funds during a crisis in Papua New Guinea is a norm.

In 2015, during the height of the El Nino drought, the PNG instructed the District Development Authorities (DDA) to use K2 million from existing allocations of the DSIP to provide relief. DSIP is a Constituency Development Fund that is controlled by DDAs, which are chaired by the open electorate MPs and their Boards are often allies of the MPs. The district administrators, who are responsible for implementing the decisions of DDAs, are also increasingly becoming political appointees. As a result, funding decisions at the DDA are usually directed at maximising the MPs re-election rather than genuine interventions.

Research by Colin Wiltshire and Thiago Oppermann in 2015 on relief supplies during the El Nino crisis in parts of the Highlands region showed preferential supply to supporters of the MPs. Those not aligned with the MPs did not expect to receive the relief supplies, which showed that preferential treatment by MPs may be much more entrenched than we know. The chair of PNG’s National Committee on Drought and Frost Relief at the time warned that the politicisation of drought assistance was more likely to occur at district and local levels rather than at the national and provincial level. Districts are closer to the people than national bureaucracy, but also the most politicised.

There is the risk that neither the 20 per cent of the DSIP for health, nor the K2 million additional funding for Covid-19, was spent for health or Covid-19-related costs last year. This is because of the discretion MPs enjoy on what projects the monies should be spent on.

The administrative guidelines for DSIP, which were intended to guide the DSIP spending, were relaxed in 2016, and DSIP was made more discretionary. This has led to MPs spending funds on projects that increase their political visibility, and chances for re-election. With increasing hostility to vaccination, spending money on Covid-19-related initiatives will not make the MPs popular.

The next issue is the question of acquittals: was the 20 per cent of DSIP actually spent on health? Were the K2 million additional funds for Covid-19 spent as intended?

The Auditor General’s 2019 report (for the years 2013–16) shows that only 11 of the 111 MPs (89 open MPs plus provincial MPs who receive provincial services improvement funds or PSIPs) acquitted their funds in 2016. This was a drop from 2013 when 95 MPs acquitted the use of these funds. With lack acquittals, how Covid-19 funds entrusted to MPs were used, as well as DSIP component allocated for Covid-19 response, will never be known.

Third, mismanagement of funds during a crisis in PNG is a norm. For instance, following the 2018 earthquake in the highlands region, PNG’s government released K450 million for relief operations. Donor agencies and countries also donated K106 million for the disaster relief. There were claims that these funds did not reach the people, and to date, there is no report on how these funds were used.

This misuse during crisis partly happens because under the Public Finance Management Act 1995, the accountability and transparency measures for release of public monies can be suspended under four grounds, including a pandemic. For the Covid-19 pandemic PNG went one step further with the enactment of the National Pandemic Act (NPA) in 2020, which does the same thing but supported by this specific legislation.

In early 2020, PNG Treasury Minister Ian Ling Stuckey admitted to portions of the K23 million released under the Covid-19 State of Emergency being spent on hired cars and media consultants. Public outcry led to a promise to investigate the use of these funds, but to date, no report has been made available. No are there any reports on how funds for Covid-19 is being spend over the last two years.

If no effort is made to depoliticise Covid-19 funding, and increase transparency, the millions of kina allocated for Covid-19 will not help the people against the virus. This is a serious concern, because unlike natural disasters, which are often a one-off tragedy, Covid-19 will persist for some time.

‘Whoever is uprooted themselves,’ wrote Simone Weil, ‘uproots others.’ France will not be a happier country five years from now if the only legacy of a Macron presidency is further uprooting.
Denghua Zhang 19 Mar 2018 15:00

An independent agency to oversee China’s expanding aid program is a first step in the right direction.
Greg Earl 31 Jan 2019 14:30