So much for the “arc of instability”, a PM in Port Moresby now outlasts an Australian counterpart.

Remember when Australia used to refer to its near neighbours in the region as the “arc of instability”? The leadership shenanigans on Tuesday will have given the BBC’s former Australia correspondent Nick Bryant an opportunity to update his description of Canberra as the “coup capital of the democratic world”.

Been on the subway for a couple of stops. Is Malcolm Turnbull still the prime minister? #auspol

The “arc” of nations to Australia’s north and east look comparatively boring when it comes to politics. None more so than Papua New Guinea, which once upon a time was the nation most often cited when it came to political putsches.

Since the turn of the century, PNG has taken the lead on political stability. A quick analysis of prime ministerial terms shows that a PNG prime minister over the past two decades has spent – on average – more than 40% more time in the top job than their Australian counterpart.

When Skate became Prime Minister in 1997, his predecessors since independence in 1975 had served an average of 3.1 years in office. Skate didn’t last that long – he was ousted just two years later. But his successors have wrangled and finagled their way to remarkably resilient careers since then.

Peter O’Neill’s return to government after last year’s election means the average term for a PNG PM since independence is up to 3.9 years. 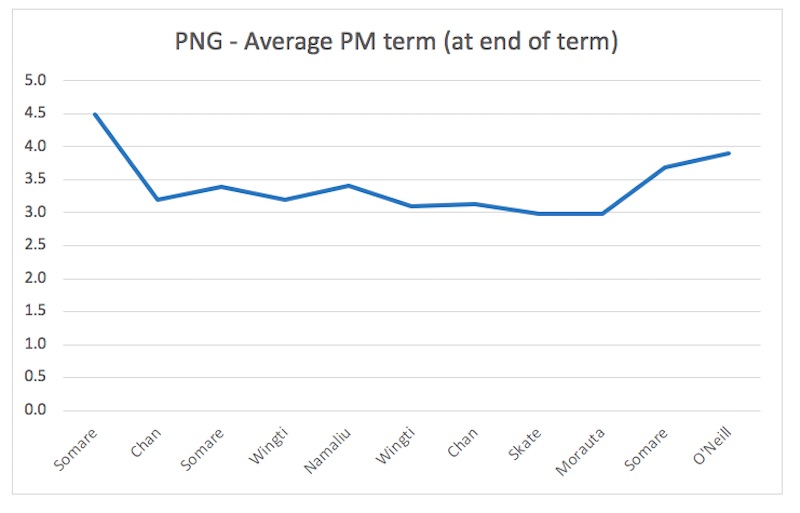 In Australia, when John Howard became prime minister in 1996, his predecessors from 1975 – including Gough Whitlam – had served an average of 5.8 years in office. Howard himself managed 11.7 years in the top job, but since then the revolving door in Canberra has reduced the average down to 4.6 years for each prime ministerial term since 1975. 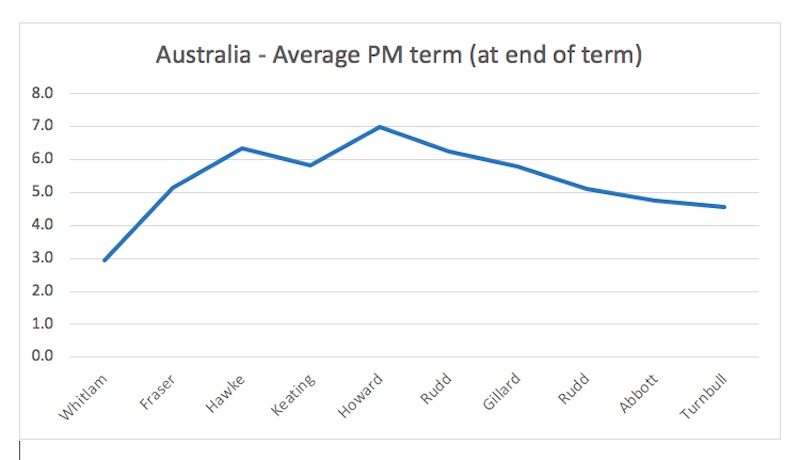 PNG’s political system still has its challenges: of the four PMs from the past 20 years, two of them (Somare and O’Neill) both claimed to be PM at the same time for a period in 2011 and 2012. Australia hasn’t managed a constitutional crisis – yet – on that level.

But the statistics paint a picture of prime ministerships in Australia being an increasingly short-run career. Perhaps it’s time for Australia’s political leaders to get some advice on longevity from their PNG counterparts?

How US protectionism would threaten Australia

The US is far and away Australia's most important two-way investment partner.
Wesley Morgan 4 Dec 2017 16:30

Climate change negotiations might be moving slowly, yet Australia is excluding itself from the conversation.
William Stoltz 21 Feb 2017 13:47

A recognition of Palestine by Australia would therefore be due less to adroit Palestinian advocacy and more a result of failed Israeli diplomacy.