It was the moment humans first stepped on another world, yet after the Apollo missions, why haven’t people been back? 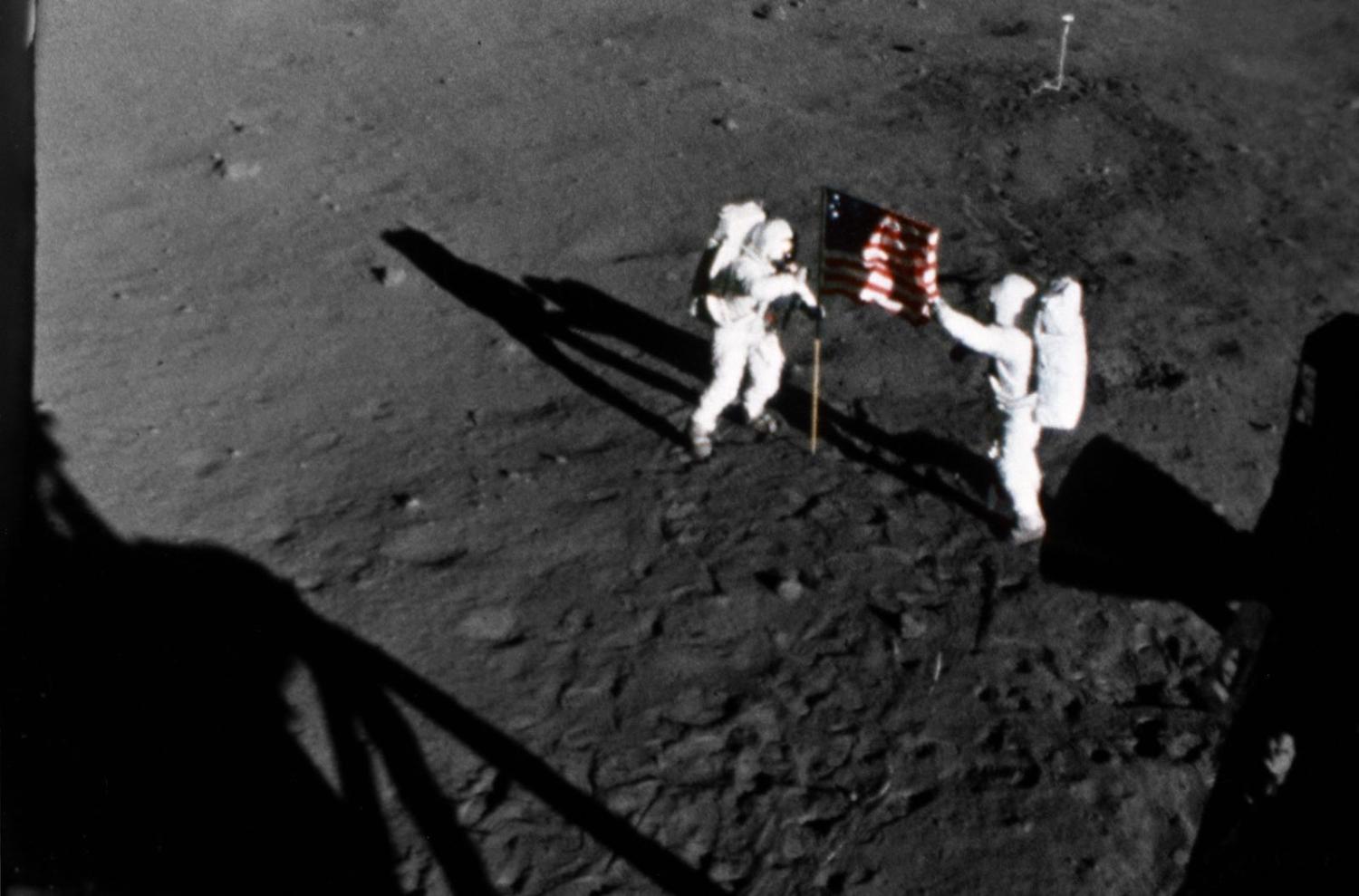 Neil Armstrong (left) and Buzz Aldrin unfurl the US flag on the surface of the Moon (Photo: NASA Johnson/Flickr)
Published 15 Jul 2019

The anniversary is upon us, with 21 July (Australian time) marking 50 years since the moment that human footprints were first placed on another world. The landing of astronauts Neil Armstrong and Buzz Aldrin on the Moon was one of the most significant historical events of the 20th century, and probably of all recorded history.

The Apollo program was conceived in a period of desperation for the United States when announced by US President John F. Kennedy in 1961. The Cold War was in one of its most dangerous stages, with global nuclear annihilation looming over every foreign policy move. Proxy conflicts between the US and the Soviet Union stirred tension in Europe, Asia and elsewhere. Furthermore, the US had just suffered the fiasco of the failed Bay of Pigs invasion of Cuba.

Space exploration only added to these tensions. It was a new frontier, and like frontiers before it, it was bound to be contested by rival powers. The US had lost the opening rounds of its “space race” with the Soviet Union, which placed the first satellite in orbit and also the first human. Fears of Soviet domination of space were rife. Outer space was a proxy battleground for the Cold War as much as it was a “new ocean” for exploration.

Apollo was also a product of America’s infatuation with “Big Science”, and a belief that science and technology held the key to solving the world’s problems. Big Science got its start with the Manhattan Project, which produced the atomic bomb during the Second World War. Rapid industrial and technological growth during the post-war years provided the infrastructure that made the Apollo program possible, and also raised perceptions that such projects were vital to the future.

The psychological and geopolitical impacts of the Moon landing were strong, and helped to demonstrate America’s technological and economic strengths to the entire world.

The Soviet Union also had a rival Moon program, involving a giant rocket designed to carry two cosmonauts to the Moon. This was dubbed the “N1” rocket, and it made its first test launch in February 1969. The launch failed, as did three further test launches. Eventually, the N1 rocket program was cancelled in 1976. The Soviet lunar landing program included a special version of the Soyuz crew spacecraft, which would have orbited the Moon while a single cosmonaut descended to a landing aboard a small lunar module. Soyuz never flew to the Moon, but it became the standard vehicle for carrying crews to Soviet space stations and the International Space Station.

The Soviets also had a parallel program to simply fly a cosmonaut around the far side of the Moon without landing, a feat that could have been potentially achieved before America sent anyone there. This was the “Zond” program, and it involved a stripped-down Soyuz spacecraft. Zond test missions were successfully flown to the Moon and back during the late sixties, and even carried animals. Fears of a successful Soviet Zond mission prompted NASA to re-designate the Apollo 8 mission, which wasn’t originally planned to fly to the Moon, as a lunar orbit test mission. Thus, the crew of Apollo 8 became the first humans to fly to the moon in December 1968, and made a famous Christmas Eve television broadcast from lunar orbit.

For decades, the Soviet Union officially denied the existence of these lunar programs, and claimed that it had never really been in a “Moon race” with America. Such claims are untrue.

Ever since the 20th anniversary of Apollo 11 in 1989, US presidents have successively given lip service to the idea of returning US astronauts to the Moon. Donald Trump is repeating this familiar cycle with calls to land astronauts there by 2024, which would fall at the end of a second term of his presidency. All such projects have ended in failure. But why?

The geopolitical factors that spawned Apollo are not with us in the same proportions and combinations.

The US government has been reluctant to shoulder the colossal price tag for such a proposal, and the public themselves are not as infatuated with space as they were in the 1960s. But it’s also clear that the world itself has changed in the past half-century. The geopolitical factors that spawned Apollo are not with us in the same proportions and combinations. Apollo was a product of its time. For better and for worse, those times have changed.

But the Moon hasn’t exactly been abandoned. The US has a robot spacecraft in orbit right now. The Chinese have a lander on the far side of the Moon and a satellite orbiting a gravitationally stable point above the Moon. India will soon launch a lunar lander and rover. China plans a robot sample-return mission for the near future. South Korea wants to send an orbiter and a lander to the Moon. NASA is gearing up for a new series of robot landers.

Such missions are much cheaper than astronaut flights, and they are scientifically useful. Understanding the Moon gives clues to the formation and structure of the Earth, as well as other planets in the solar system. The Moon is also a useful place for astronomical instruments, free of an atmosphere. The far side is also shielded from radio interference from Earth. Small astronomy experiments have already begun. Private industry (mainly from the US) is preparing commercial robot landers, hoping to supply transport services in the same way that private industry launches cargo to the International Space Station.

The Moon may be devoid of human explorers for now, but humanity is still actively engaged with our nearest world in space.

Previous Article
The embattled envoy and the need for frank assessment
Next Article
‪ISIS: women’s work?

Australia will never be able to compete globally making T-shirts. But we can compete with high-end, world-beating defence equipment.
Richard McGregor 14 Nov 2019 07:00

The G20 Hamburg riots and the German election

The G20 riots in Hamburg have raised a number of pertinent political questions about domestic security and political extremism in Germany.