The courts should regard crucial domestic, educational and other influences by women in ISIS as terrorist “support”. 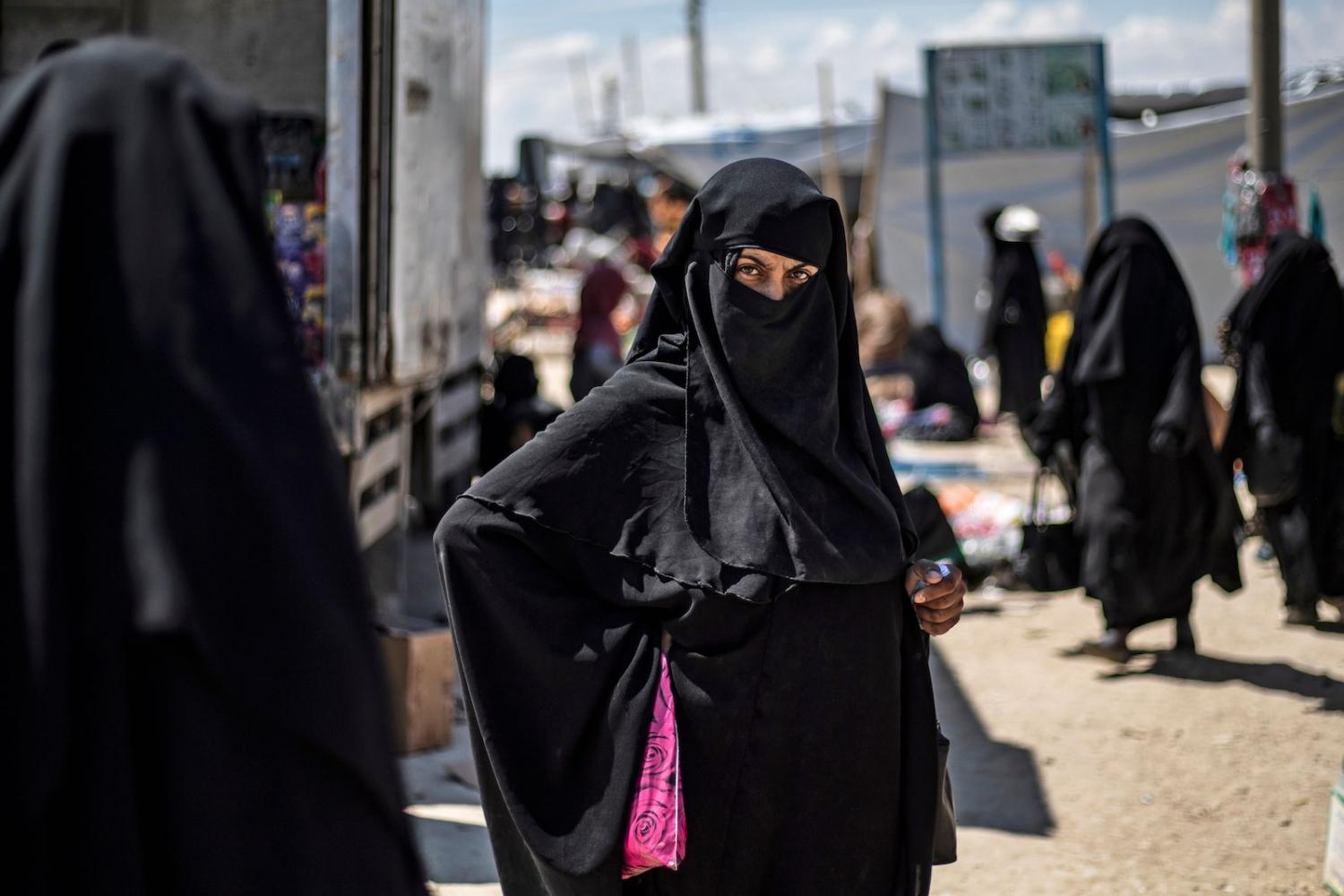 Should domestic labour be valued the same as work outside the home? What is the contribution of a stay at home wife and mother? How can we evaluate emotional labour when it often goes unseen?

No, these are not topic questions during a “Lean In” circle. These are questions that many courts are grappling with now that female foreign supporters of ISIS who travelled to the so-called caliphate are now seeking to return to their home countries.

It is very difficult to try and convict someone for terrorism support under most criminal justice systems and under current laws when they “only” had a domestic role.

There is a growing acknowledgment that many of these women weren’t just duped or groomed or tricked into travelling to a war zone. They supported ISIS of their own volition and agency. Despite their desire to return to their home countries, many remain committed to the cause and potentially dangerous. If they have renounced their support of ISIS, they must still be held accountable for their participation in a nihilistic and violent organization that threatened global security.

I argue in my Lowy Institute Analysis, “Behind the Veil: The Role of Women in Jihad After the Caliphate”, that the definition of “participation” or “support” of a terrorist organisation must be expanded to account for the full contribution of women in jihad, including the essential state-building tasks these women performed – such as supporting combatants through many forms of domestic and unseen labour, educating recruits, and bringing up children in the ideology – and not just carrying out attacks, recruiting, and spreading propaganda.

Absent other mitigating factors, women’s crucial domestic, educational and other enabling influence should also be considered as terrorist “support”, and charges and sentencing should reflect this.

Yet because it cannot be proven that these women did participated in direct combat or attack plotting, how can we asses and describe the nature of their support? If a particular country does not have a foreign incursion offence (as Australia does), on what grounds can a government seek to try and convict women for their “invisible” support of ISIS?

It is very difficult to try and convict someone for terrorism support under most criminal justice systems and under current laws when they “only” had a domestic role. It is easy to dismiss the agency of many of these women when we have been conditioned to accept that women under ISIS were cloistered or oppressed, confined at home bearing and rearing children, with little constructive role in the organisation.

After all, women were allowed out in public only under full covering and for express purposes – how then could they had any active role in the terrorist organisation that is prosecutable?

A potentially precedent setting terrorism case in Germany is attempting to do just that. Sabine S. – a 32 year old German convert to Islam who also formerly fought in the Irish Army ­– was convicted of supporting terrorism and sentenced to five years. While five years is an arguably light sentence, prosecutors managed to find a way around a previous high court ruling that found performing household tasks did not constitute support of terror activities. Prosecutors argued instead that because Sabine S had lived with her family in houses belonging to people who had fled territory occupied by ISIS, she helped the terrorists secure control over conquered territory.

However, even though the German high court found that domestic duties do not constitute terror support, ISIS certainly did. More than supportive, ISIS views the domestic role of women as in fact essential.

ISIS eventually expanded the role of women beyond domestic duties and many women became involved in insurgent operations in theatre and as part of self-directed attacks around the world. But ISIS always viewed the role of women as more important than that of combatant. In many ways, it viewed its men as expendable, not of this world. Men’s role was to fight, not fear death and sacrifice their lives for the cause.

Its female supporters, however, were not so expendable. From the outset, ISIS believed that jihad was a generational conflict. Women’s primary role was to give birth to, raise and indoctrinate future generations of jihadists. This is why it was common for women to celebrate their husbands martyrdom and quickly remarry.

Numerous writings and propaganda emphasised women’s essential role as the thread between generations. For example, in Dabiq magazine, in an article called, “A Jihad Without Fighting”, the author laid out this fundamental role of women by evoking the strong, protective imagery of a lion and her cubs:

ISIS believed strongly that role of women as mothers and the bearers of the next and better generation of jihadists is a critical function of their revival after the fall of the caliphate. While committing many atrocities against women, ISIS at the same time understood and valued the domestic and emotional labour of women for their own nefarious ends.

Without the wives and mothers of ISIS, the jihad cannot continue.

The latest episode in a podcast to discuss the implications of coronavirus for Australia, the region, and the world.
Barbara Trojanowska , Katrina Lee-Koo 11 May 2017 16:41

We need to think about Syrian women not only as victims of violence but also as as significant partners in the quest to bring about a resolution to conflict.
Rachael Buckland 16 Nov 2017 17:15

Rachael Buckland, a Research Associate with the Migration and Border Policy Project, with links on developments across the field.