Imran Khan is accused of persecuting political opponents and the media under the guise of an anti-corruption crackdown. 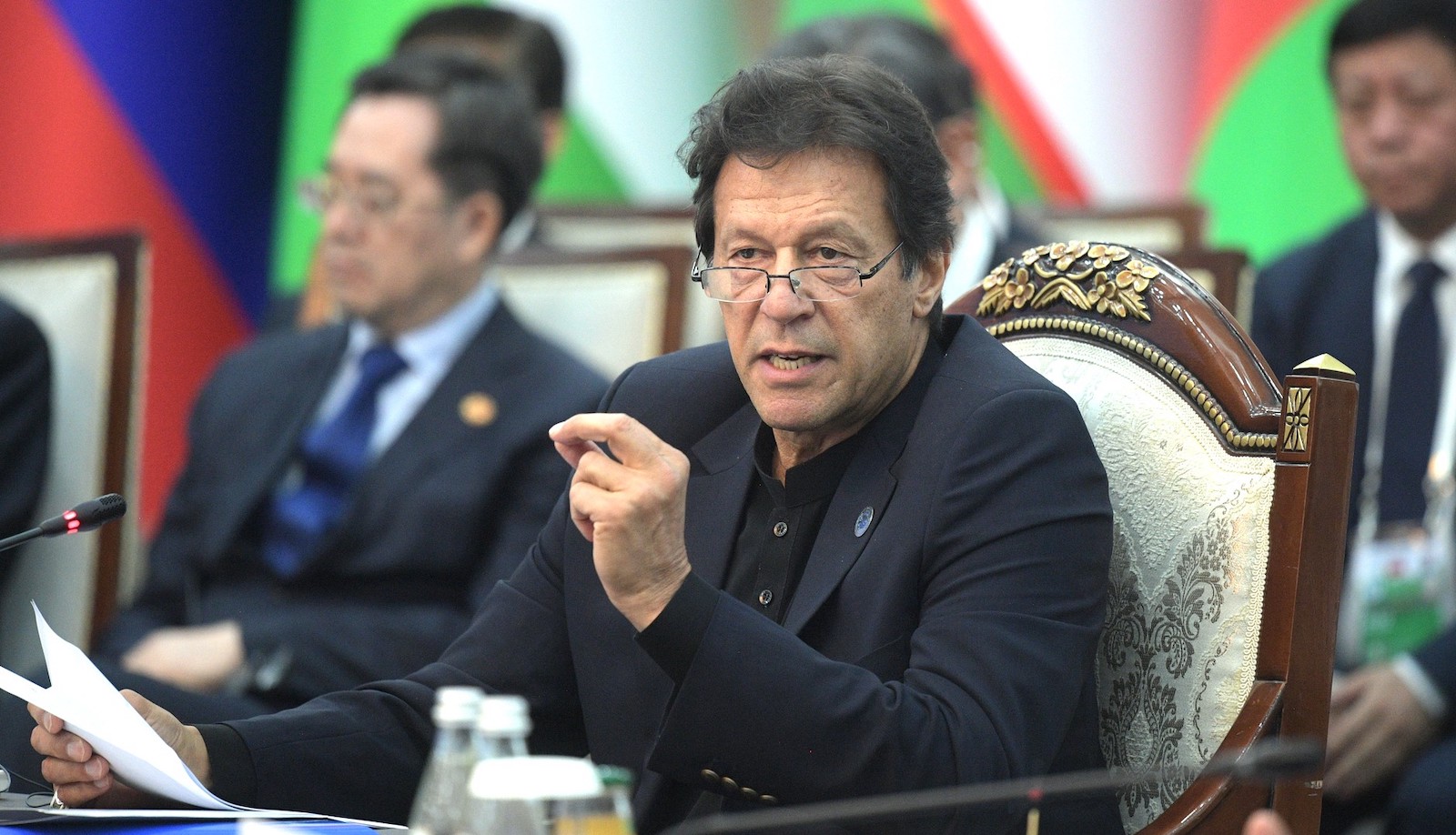 As Imran Khan’s government in Pakistan approaches the end of its first year, the country is rapidly drifting towards civil dictatorship. The arrest of opposition politicians, a crackdown on the media, and the imposition of a draconian economic policy has been the hallmark of the Pakistan Tehreek-e-Insaf (PTI) government. This has frustrated hopes of achieving a measure of political stability, which had been expected after July elections last year.

During the highly charged 2018 election campaign, Imran Khan’s main promise was to eradicate graft in the country. He pledged to arrest corrupt politicians and billions of dollars allegedly parked by Pakistanis in overseas banks. After coming to power, Khan’s government has arrested opposition politicians, but without any due process.

The arrest of political leaders is widely seen more as a witch-hunt and less a genuine anti-corruption drive.

In Imran Khan’s Pakistan, the list of incarcerated politicians is long. Three-time former prime minister Nawaz Sharif is in prison on corruption charges. In June, former president Asif Ali Zardari was arrested on corruption charges. (Khan had openly said in his election campaign that he would ensure the arrest of Zardari and Sharif.) A few days later, Hamza Shahbaz, the opposition leader in Punjab, Pakistan’s largest province, was also arrested on corruption charges. Furthermore, Mohsin Dawar and Ali Wazir, two members of parliament from tribal areas, are in police custody for an alleged attack on an army check point. Neither were allowed to attend the budget session, despite the fact that law requires all members of parliament to attend parliament sessions even if they are being held in prison.

The latest victim of this arrest drive was Rana Sanaullah, a provincial president from the largest opposition party, the Pakistan Muslim League, or PML-N. Authorities arrested Sanaullah after a huge collection of drugs was reportedly found in his private vehicle. More arrests are expected.

The problem is the pattern – no substantive evidence has been produced against any of the arrested leaders. Zardari and Shahbaz were arrested merely on the basis of suspicion, while Sharif serves a sentence in prison handed down by a judge reportedly put under intense pressure by the government. Whereas in the case of Sanaullah, who can definitively say how the authorities in Pakistan came to find drugs in a vehicle of a person who is subsequently arrested for possession?

The arrest of political leaders is widely seen more as a witch-hunt and less a genuine anti-corruption drive. The pattern has seriously affected the credibility of Khan’s government. Yet he is showing no hesitation. Instead, Khan last month set up a high-powered inquiry to investigate the rise in Pakistan’s debt across the past decade – to go after the “thieves who left the country badly in debt” as Khan himself put it, “so that no one dare leave the country in tatters ever again”. Yet this latest move is also seen as an attempt by Khan to further persecute his political opponents.

At a time when there is no effective opposition left to challenge decision-making, the media seems to be the next target, with the authorities preventing the media from criticising the government. An interview of former president Zardari was stopped from going to air on Pakistan’s leading television channel, Geo News. Journalists critical of the government are facing sedition charges and other intimidation tactics. The social media team of Khan’s party PTI even promoted the hashtag #ArrestAntiPakjournalists on Twitter in an effort to intimidate reporters.

All this is a bad omen for government accountability. The PTI was able to passed a budget in June imposing record new taxes on people in a country already suffering due to economic turmoil. (Thousands of businesses joined in nationwide strikes at the weekend in protest.) The value of the Pakistani rupee has fallen significant in the past year, while inflation has skyrocketed. Still, the government has cut development funds and subsidies, while increasing taxes and sharply raising the of cost of domestic gas. What opposition there has been against these budget measures has been led by civil society and human rights activists in Karachi – with the bulk of the opposition and media largely silenced.

Ultimately, the cost will be felt by Pakistanis themselves, particularly lower- and middle-class sections. The frustration from this economic turmoil will be especially seen among the youth, with about 60% of Pakistan’s population under the age of 30. There are already fears this will push younger Pakistanis towards extremism.

Ultimately, this turn toward civilian authoritarianism coupled with economic turmoil will keep Pakistani politically destabilised. This will make it difficult for the continued development of mega-projects, such as the China-Pakistan Economic Corridor, part of Beijing’s Belt and Road ambitions, which has already been met with local resistance (The threat within: Pakistan’s ties to China). Khan’s actions therefore appear self-defeating, threatening not only to earn his government the wrath of people at home but also isolation abroad.