Review: Shameful lust for riches under the Timor Sea 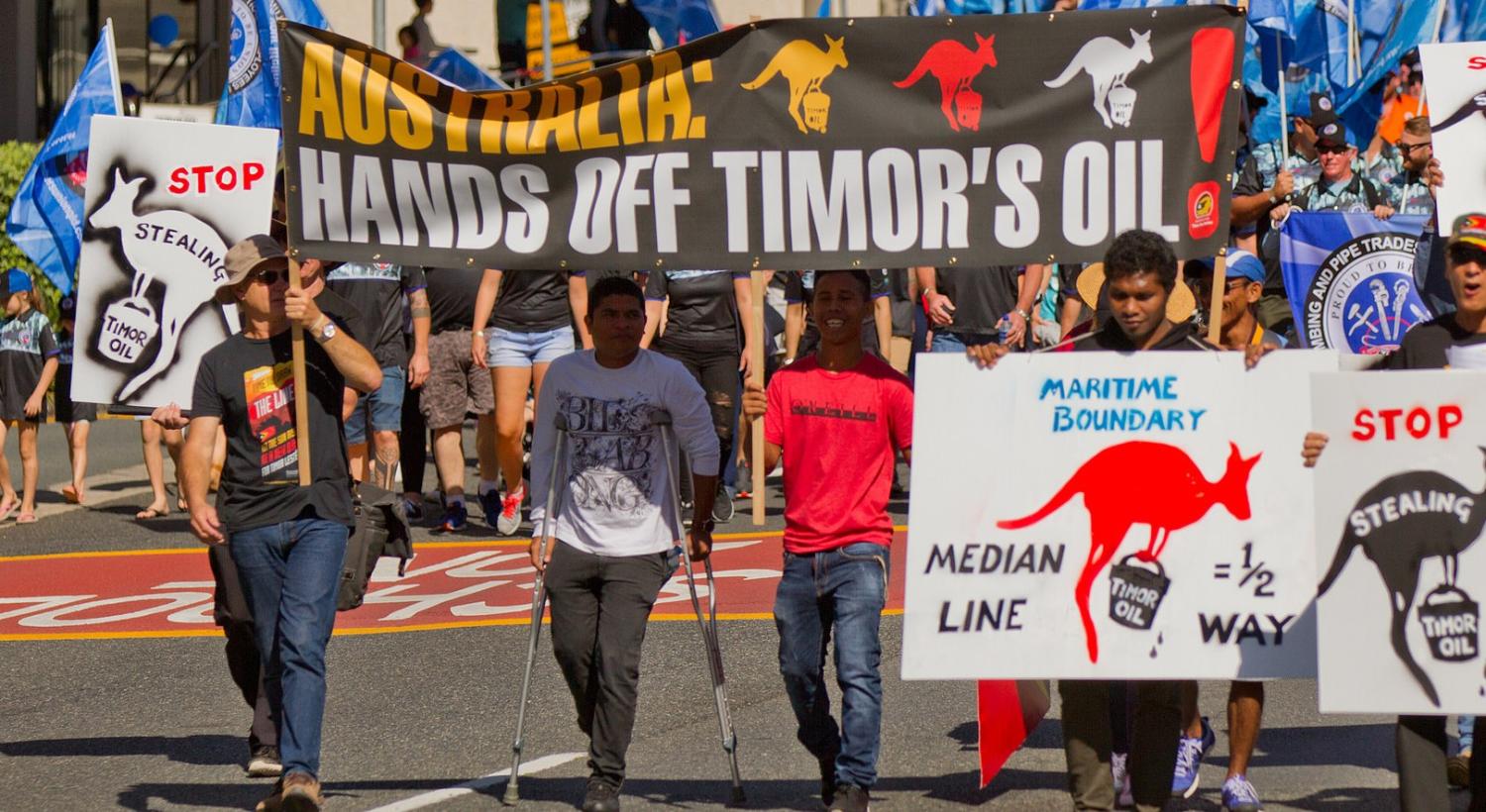 Laying bare the greed for petroleum resources that has steered five decades of Australian policy regarding East Timor, Kim McGrath’s Crossing the Line is a masterfully written and researched piece of scholarship.

Australian politicians and policy makers have generally escaped significant public censure for decades of trying to strongarm control over (or some would say outright steal) the one valuable natural resource of their impoverished Timorese neighbours. McGrath shines a light on this dismal record, showing how since the 1960s Canberra has promulgated a grubby mess of diplomatic stratagems broadly aimed at securing access to the oil reserves off Timor’s south coast. At different times this has involved the glib dismissal of the right of the East Timorese to self-determination, blatant high-level bullying and turning a blind eye to mass murder.

Few, if any, of these charges are new. But made by emotional partisans of East Timor’s cause or reported over decades as acts of stand-alone bastardry, they have not collectively put a dint in the popular and photogenic modern narrative of brave ANZACs stepping ashore to save our tiny neighbour in 1999 and 2006. This book is critically important because in the excellent company of Paul Cleary’s Shakedown it presents a more honest and complex summary that rightfully puts Canberra’s consistent and often ruthless attempts to control East Timor’s oil at its centre.

Even by the standards of international politics, the saga of Timor-Leste’s oil is a complicated one. McGrath’s primary strength as an author is her skill in rendering this confusing swirl of events into a clear narrative over the course of six concise chapters. The ‘line’ referred to in the title is the one that marks the halfway point between Australia and the island of Timor – a distance of some 450 kilometres. Ordinarily this would be the basis for dividing sovereignty over the seabed, and any riches that lie beneath.

This might sound relatively simple, but the resources at stake and the complicated politics of East Timor have made it anything but. For hundreds of years the narrow, mountainous island of Timor has been divided into two halves. The western part was Dutch and became part of Indonesia after Second World War. The east was Portuguese territory and remained so until Lisbon abandoned their colony in 1975, followed soon after by an Indonesian invasion.

When Canberra and Jakarta established a seabed boundary in the Timor Sea in 1972, a gap was left in the area below Portuguese Timor. If the boundary set at that time had followed a median line, this might not have been significant but aware that substantial petroleum reserves existed in the area, Australian negotiators successfully argued for one that ran closer to the coast of Timor, placing undersea oil deposits on the Australian side. As for the un-demarcated area, Australian diplomats reasoned that East Timor becoming part of Indonesia was inevitable, and when this happened, ‘it would be a simple exercise to close the Timor Gap with a ruler’, neatly acquiring the wealth within.

Things didn’t go to plan. The decline of Portuguese rule in Timor was matched by the rise of a popular nationalism in the colony. It became clear that for most East Timorese there was nothing ‘inevitable’ about integration with Indonesia.

After it's invasion the Indonesian military cracked down on the independence movement with characteristically self-defeating overkill, inflicting massacres, aerial bombardments and deliberately-induced famine on those who resisted. Knowing what was happening, but conscious that too much open criticism of their giant neighbour would imperil their chances of closing the Timor Gap, Australian authorities mostly ignored or supressed news of atrocities. In 1983 the Hawke government in Canberra resurrected a position first tabled by Fraser in 1978 and went so far to offer Indonesia de jure recognition of their occupation in the hope this would make it possible for a favourable deal to be reached.

Sickeningly, this betrayal eventually did make it possible for Australia to get more or less what it wanted. In 1989, Australia and Indonesia agreed to jointly exploit East Timor’s oil. The number of Timorese victims of the war still raging at this time are unreliably counted, but thought to be between 100,000 and 200,000. In 1999, Jakarta’s brutal grip on East Timor was discredited and Canberra’s cynical diplomatic manoeuvring came to naught. By 2002, Australia found itself once again negotiating over the Timor Gap, this time with representatives of an independent Timor-Leste whose prospects for existence it had once so coldly dismissed.

The closing chapters of the book show how after 2002, seemingly without shame for the way they had treated its people for the past fifty years, Canberra sought to take advantage of Timor-Leste’s precarious post-conflict state, seeking not only to ensure that the possibility of a median line seabed boundary was taken off the table, but resorting to espionage and outright bullying to do so.

This book went to press before the conclusion of the recent negotiations between Australia and Timor-Leste, in which central elements of a mutually acceptable maritime boundary were reportedly agreed. The details are yet to be publicly announced and the political situation in Dili uncertain, so it remains to be seen whether the dismal tale of the Timor Gap is at an end.

McGrath concludes optimistically. She notes the historical success of the Timorese in advocating for their interests against tremendous odds and quoting the Reverend Martin Luther King’s observation that the long moral arc of history bends towards justice. A committed supporter of Timor-Leste, the author’s passion and optimism for its cause shines through. There are other perspectives from which her subject might be considered, including a more critical view of the ways in which Timor-Leste’s leaders have used the oil revenue, or that of the Timorese street.

Yet for anyone interested in understanding exactly how Australian greed has shaped its policy towards East Timor, Crossing the Line makes for indispensable reading

Previous Article
Pacific needs a voice in international arbitration
Next Article
Quick comment: The same-sex marriage survey and Australia’s place in the world

Links and updates from across the migration and border policy field.
Nora Schlenzig 13 Mar 2020 06:00