Panics have a way of seeking out victims, and the Rohingya in Malaysia have been easy targets during the pandemic. 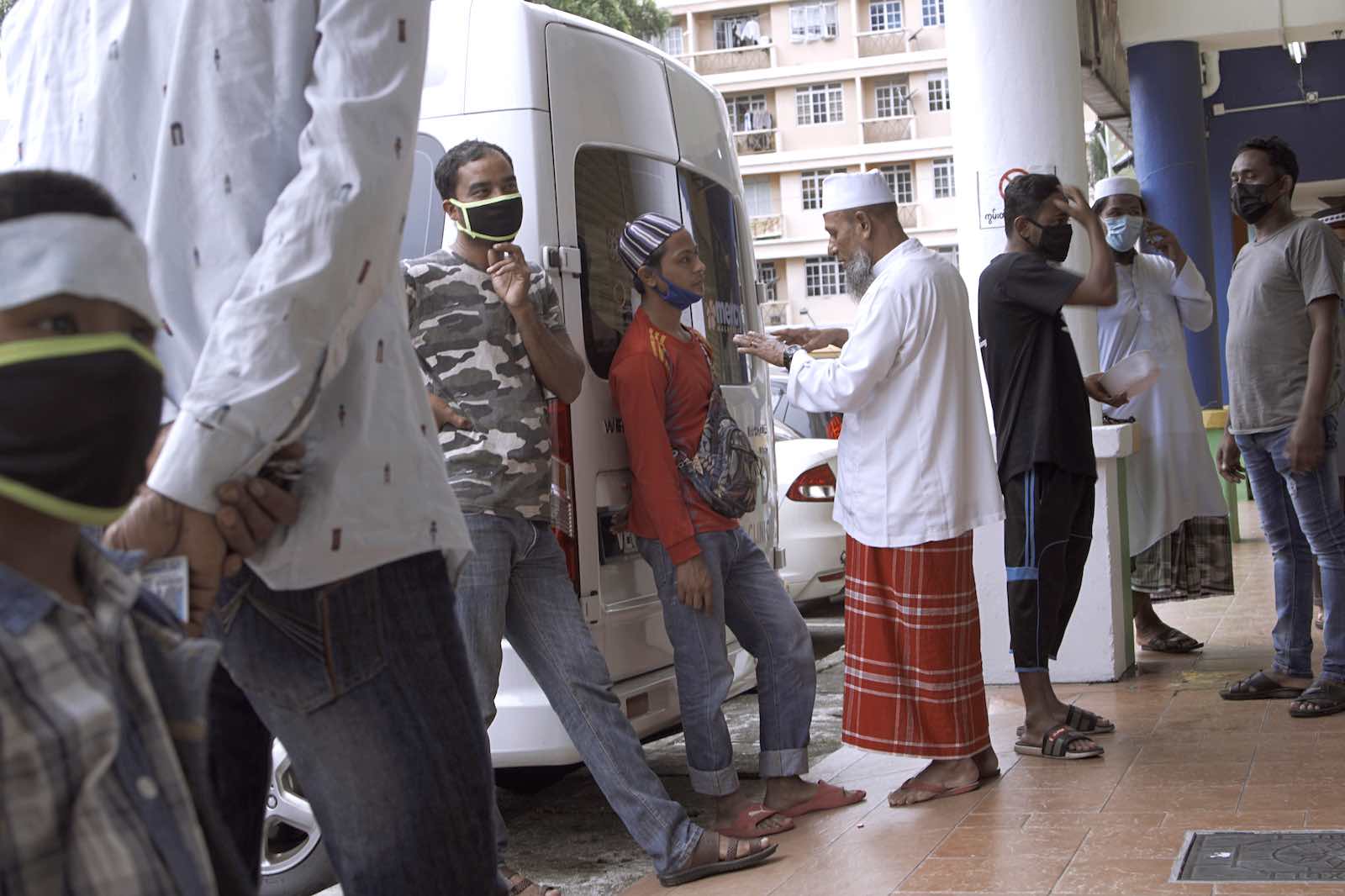 A group of Rohingya refugees wait to be screened for Covd-19 at a health clinic in Kuala Lumpur, 24 March (Rahman Roslan/Getty Images)
Published 27 May 2020 06:00   0 Comments

For some people living in the Ampang district in eastern Kuala Lumpur, self-isolation is nothing new. The area is known for its concentration of Rohingya refugees from Myanmar, nestled in the grimy apartments and neighbourhoods of this former tin mining centre, and they haven't been going out for a while. The Rohingya are generally tolerated here, but here as elsewhere across the country, they are denied any real rights or protection from authorities, abuse, rape and kidnapping.

Now, improbably, the need to stay home just got more urgent: the same “corona panic” that has gripped many countries around the world has taken root as well in Malaysia.

Panics have a way of seeking out victims, and the Rohingya in Malaysia have been easy targets. In a now too-familiar fashion, social media has provided the means to misinform and inflame.

The thugs and gangs who regularly rumble Rohingya refugees in Malaysia need little prompting at the best of times. Now the trigger points are in abundance.

The latest episode seems to have been ignited by a video, released in mid-April and aired widely on Facebook, which apparently shows a Rohingya refugee man demanding citizenship and other rights for Rohingya in Malaysia. The video appears now to have been taken down.

Those in the Rohingya community seem confused about the source of the alleged video. Some say it was planted by anyone from local thugs to “higher-ups”. Others believe it never existed in the first place.

Either way, the video, real or not, has led anti-Rohingya elements to rachet up abuse online and ­– notwithstanding the anti-Covid isolation laws known as the Movement Control Order (MCO) – in public.

Part of the problem is that most Rohingya, struggling at the best of times as undocumented workers, have been unable to generate income under the MCO restrictions. Some, when they have ventured out to earn money, have been attacked for not following the protocols.

As in many countries, confusion and panic are rife. In the absence of clear messages and leadership, the Rohingya have become both the victims of the MCO restrictions and easy scapegoats.

“Now they are jobless, been arrested and put in detention camps. They are traumatised.”

But there are wider factors at play.

For one, the deadline for Myanmar to report to the International Court of Justice with evidence of progress, following the December 2019 hearing on claims of genocide against Rohingya against the state, was on 23 May.

The report was apparently handed in – with little fanfare and little detail on what it contains. But the tension may have prompted pro-Myanmar provocations in Malaysia, especially given national elections in Myanmar are set for later this year.

Another issue is Malyasia’s own political uncertainty. The collapse of the coalition government led by Mohamed Mahathir in February saw race and nationality issues in the week-long leadership turmoil in Kuala Lumpur, likened to Game of Thrones, as it has often been in Malaysian politics. The new government of Prime Minister Muhyaddin Yassin has looked anything but stable in the months since and the upshot of this political upheaval only serves an atmosphere of discomfort, at a highly fractious time in the country and around the world.

And amid this scenario, the refugee boats from Myanmar, full of hapless and desperate Rohingya, have started reappearing off the coast of Malaysia and other countries. From mid-April, likely prompted by a “leave no-one behind” Covid-19 statement from ASEAN on 14 April (Malaysia and Myanmar are both ASEAN members), the growing wave is once again throwing refugees onto Malay coastlines.

In some ways, it hardly matters whether the rumoured video apparently behind this latest outbreak exists. The thugs and gangs who regularly rumble Rohingya refugees in Malaysia need little prompting at the best of times. Now the trigger points are in abundance.

Traditionally, uncertainty in political leadership in the region translates to shifting pressures at street level. The weakest or most easily victimised in any society are generally marginalised and attacked as the population seeks to test its power and is perhaps stoked by politicians at home and abroad, looking for distractions or power plays.

Rohingya refugees in Malaysia are, once again, seemingly trapped in a crushing vice that they are powerless to avoid, and from which they cannot escape.