Covid-19 has allowed New Delhi to show a collaborative and constructive brand of diplomacy, instead of zero-sum rivalry. 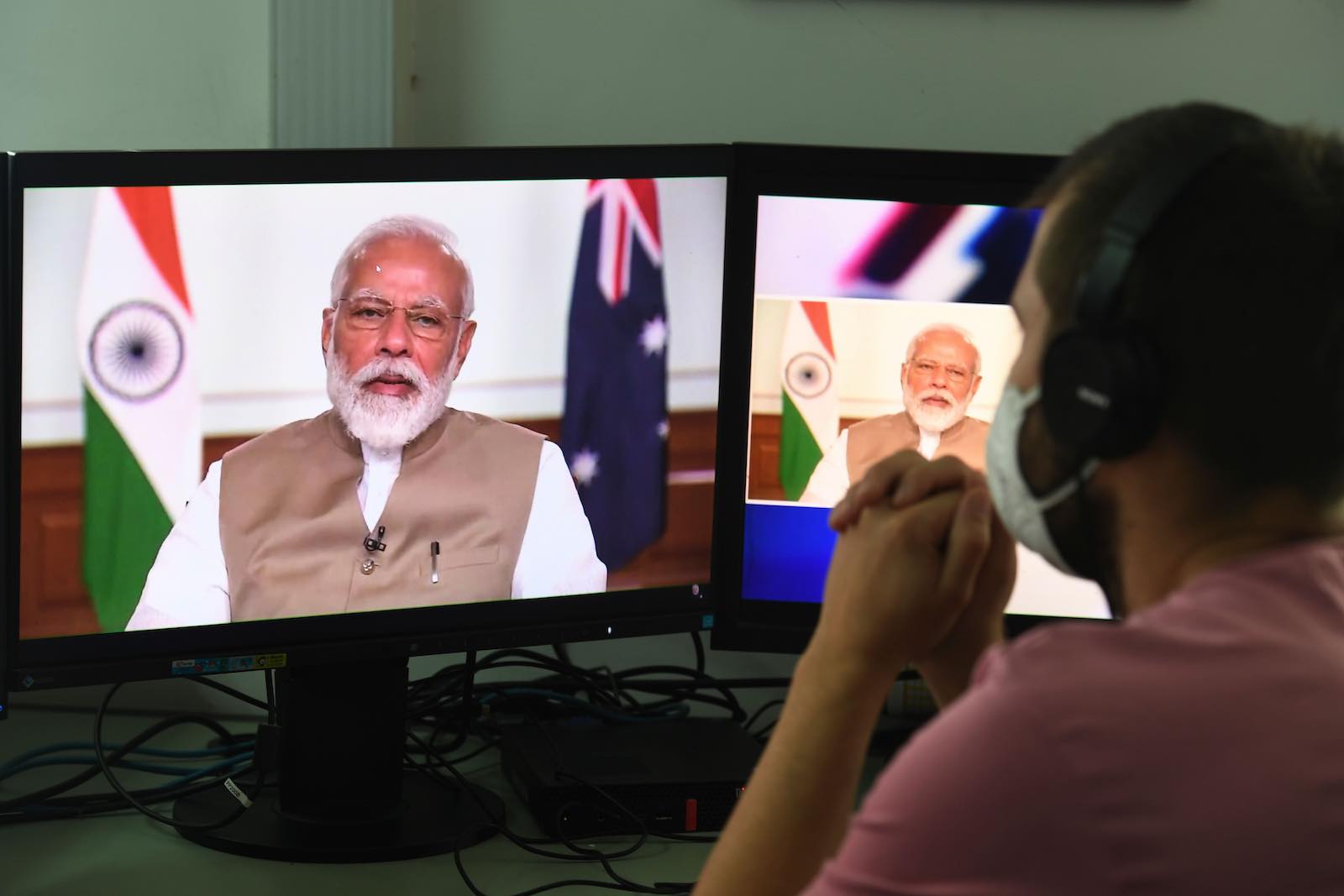 A Chinese proverb holds that “the beginning of wisdom is calling things by the right name”. For those of us in New Delhi, it is refreshing to see India actively pitch its Covid-19 diplomacy to articulate “The India Way” in global conversations.

What this means in practical terms is a more solution-driven approach in the Indo-Pacific. As Sino-US relations plummet and become more about the power to prevail, demanding nations align with one or the other, middle powers have clamoured to do more together.

For India, this has come as a strategic opportunity. New Delhi has seized the momentum and invested in “weaving a narrative” to demonstrate to partners and friends alike that India came through when it mattered most. It ties with aspirations to bring “its capacities to bear on the international system for global good” and to help shape responses to share the burden in global governance. This “India Way” of being collaborative and constructive sits in contrast to the overbearing geopolitical jostling of Beijing’s “Grazie Cina” versus Washington’s “greatest humanitarians”.

The projection of India’s abilities during a global crisis was subtle yet largely effective, and across multiple domains.

For instance, at the beginning of the outbreak, Prime Minister Narendra Modi initiated a virtual summit of the South Asian Association for Regional Cooperation (SAARC), committing resources and assisting neighbours. This move sent out a message of regional solidarity consistent with India’s priorities of neighbourhood first. It included a US$10 million contribution made to the SAARC Covid-19 emergency fund. It also leveraged the existing e-ITEC (Indian Technical and Economic Cooperation Program) network to share expertise, with a Covid-19 Information Exchange Platform (COINEX) for use by health professionals from SAARC countries. Each stood out as collaborative solutions which enhance regional capacity.

Such a move broke away from the usual cynicism about multilateral organisations in South Asia, particularly the redundancy of SAARC in times of crisis, and offered an alternative to the growing view of regional engagements confined to the narrow prism of zero-sum influence battles.

Power projection was evident on the high seas, too. New Delhi’s largest amphibious assault ship INS Jalashwa and accompanying vessels have been undertaking Humanitarian Assistance and Disaster Relief (HADR) operations from the early days of the outbreak. Evacuation of Indians (and foreign nationals when requested) from China and Iran, and the repatriation of Indians under the Vande Bharat Mission, have underscored Indian expertise and reliability.

Operationalising its Indo-Pacific concept of Security and Growth for All in the Region (SAGAR), India deployed naval ships to Mauritius, Maldives, Madagascar, Comoros and Seychelles carrying medical assistance teams, material and food. India responded to requests to dispatch rapid response teams from the Indian Armed Forces Medical Corps to Kuwait and Maldives. An Indian Airforce C-130J carried 6.2 tonnes of essential medicines and hospital consumables to Male, displaying India’s ability and commitment to being the first responder in the Indian Ocean region.

India has also labelled itself the “pharmacy of the world” to put a spotlight on the country’s capacity to produce critical medicine. The explosion in demand for drugs such as hydroxychloroquine (HCQ) and paracetamol produced in India ensured extra attention. According to official figures, New Delhi was able to supply essential drugs to 133 countries globally on commercial and grant basis. India’s efforts moved Brazil’s President Jair Bolsonaro to invoke the legend of Hanuman bringing the mythical lifesaving herb (Sanjeevni) from the Himalayas to save life of Lord Rama’s brother in the epic Ramayana in a letter of appreciation to Modi.

On the global stage, “more multilateralism” not less continues to be a leitmotif of Indian engagement, positioning itself as the “voice of the global south”, including in efforts to gather everyone to the table at the United Nations. India has also used this time of Covid-19 to make headway with its partners in other flagship initiatives.

The elevated India-Australia strategic partnership is an example where bilateral convergence has bolstered the effort to bridge the developed vs developing country divide in Indian-led multilateral forums. Australia and France partner India in the International Solar Alliance (ISA) to improve access to renewable energy in over 122 countries. In May, India added to this initiative with the “One Sun One World One Grid” project, which aims to construct a network of interconnected renewable energy resources that can be seamlessly shared. Australia is also key to India’s plans of fortifying institutional architecture in the Indian Ocean region under the “Indo-Pacific Ocean’s Initiative”, where growing maritime security challenges unite concerns.

India has always put good ideas on the table, but a common criticism also holds true – New Delhi’s potential has fallen short with aspirations not always matching capacity. Words are important as they lay the foundation for a competent strategy, but proof of success will always lie in the deed.

So, as India ascends to be chair of the World Health Organisation executive board and campaigns for UN Security Council seat, the opportunity to lead with “The India Way” has arrived. Yet as India’s Foreign Minister Subrahmanyam Jaishankar has observed during this period of global lockdown, “getting politics, economics and governance all right at the same time is therefore particularly important”.