Japan’s Prime Minister is scrambling to reassert relevance while local media is searching for metaphors. 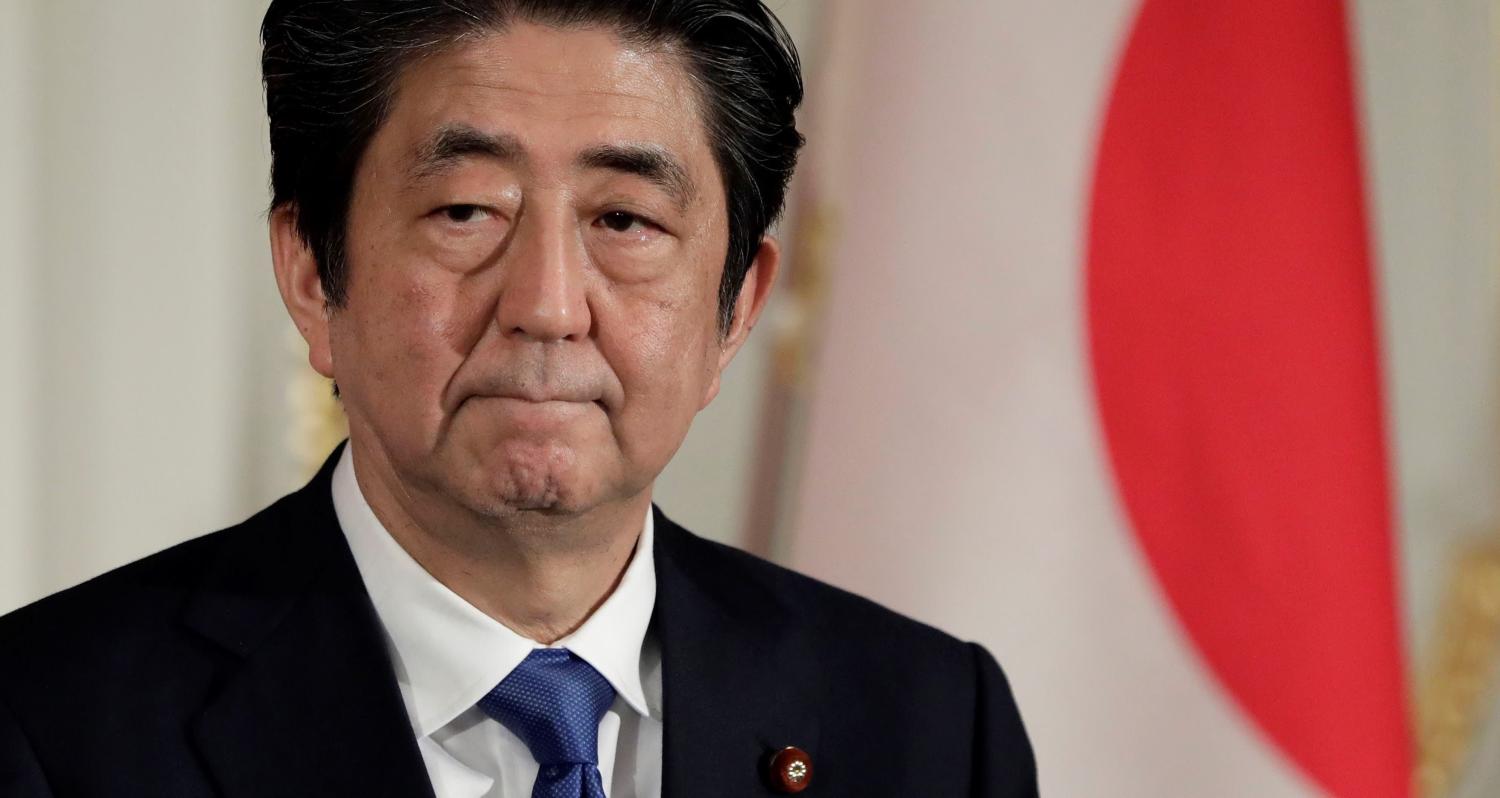 What if you invited 10,000 of your closest acquaintances to a cherry blossom viewing party in Tokyo, only to find that the blossoms had peaked only days before? What if you flew halfway around the world to play golf with your buddy in Florida, only to have him undercut your deals? What if your entire reason for pursuing constitutional reform in a heightened security environment was punctured after two leaders divided by the 38th parallel stepped over the border between their two countries?

What if you were Japan’s Prime Minister Shinzo Abe right now? In the context of developments on the Korean Peninsula and ongoing domestic scandals, Abe’s punt to ensure his extended prime ministership through hawkish leadership may constitute an own goal.

Abe is now scrambling to reassert his relevance. Media in the past few weeks have revived the term kaya-no-soto (蚊帳の外), meaning to be “outside the mosquito net”, or simply “out of the loop”, to describe him. Obviously, this is not the image the man who seeks to be the longest-serving Japanese prime minister wishes to cultivate.

Constitution Memorial Day, 3 May, is one of a series of public holidays that make up a week of time off for most Japanese workers and the nation’s politicians. In recent years, the day has become a defacto battleground for those for and against constitutional revision. On this day twelve months ago, Abe outlined his plans for amending the Constitution leading up to 2020. Media outlets’ opinion polling focuses on whether or not the Constitution should be amended.

This month, in a park not far from my university campus, an estimated 60,000 people turned out to voice their opposition to changing the intent of the Constitution’s Article 9 – the peace clause. This was the largest of an estimated 250 rallies held around the country.

Whereas there is broad consensus in the general community that any amendment to Article 9 might reasonably be limited to clarifying the role of Japan’s self-defence forces, at rallies such as this there is no such ambivalence. The progressive side of politics has trouble converting this opposition into winning government, even when Abe appears to be so much on the outer.

The swirling undercurrent of the ongoing Moritomo and Kake Gakuen scandals (“Moritomo Gakuen: Shinzo Abe’s scandal that just won’t go away”) undermine political and bureaucratic integrity and honesty which, in another time, would have resulted in immediate resignations. Abe’s sudden resignation for much less ended his first prime ministership in 2007. Speculation in political circles has now shifted to “what will it take” to move Abe and restore some credibility to the bureaucracy.

Polling indicates that trust in Abe’s cabinet, for example, is again on the slide; however, those figures are not reflected in support for his Liberal Democratic Party. Unlike in Australia, where pundits hang on the two-party-preferred results, Japan’s first-past-the-post, non-compulsory voting system is reflected in poll results that might be at the heart of Abe’s and the LDP’s confidence. The LDP outpolls all the other parties, although is often neck and neck with the “no-party support” cohort.

This sets the scene for the round of forthcoming meetings in the region between the US and North Korea, South Korea and the US, and indicates the extent to which Japan is “outside the net”. Rising tensions on the Korean Peninsula have been central to Abe’s Constitutional push; a deal to de-escalate tensions would puncture his ambitions.

Abe is trying to re-engineer some relevance by making the long-standing abduction issue between Japan and North Korea a part of discussions via President Moon Jae-in or President Donald Trump. When asked on television recently why he does not ask the question directly, Abe had no clear answer.

These layers of domestic and international issues swirl around the Kantei, the prime minister’s official residence. Yet local media has (again) been obsessed with sporting issues instead, such that observers are beginning to wonder if the media has turned to “subtexting” the political world.

The first sporting story was the sudden announcement from US Major League Baseball player Ichiro (so famous he only goes by his first name) that he will resign from his playing position to take up a role behind the bench. He hinted at a return, maybe next year.

In more recent days, the media has been interrogating a bad tackle during a university American football league match. Although American football has a following in Japan, it is considered a minor sport. The coach of one team has finally resigned, the injured player has submitted a request for police to further investigate, and the perpetrator has held an emotional interview, declaring that he was told to make the tackle.

The metaphorical bridges are being built. With seemingly no place to go with Abe and the school scandals, the media are drawing heavily on examples of resignations (the American football coach) or stepping back (Ichiro) in other spheres.

In an atmosphere charged with symbolism on so many levels, this tangential approach might press some buttons in unanticipated ways.

The two regional bodies are teaming up to counter cybersecurity threats, but it’s no simple task.
Jonathan Pryke 16 Aug 2017 16:17