Solutions to the North Korea issue no longer include denuclearisation

A minimalist approach based on arms control, risk reduction and deterrence is what’s needed right now on the Peninsula. 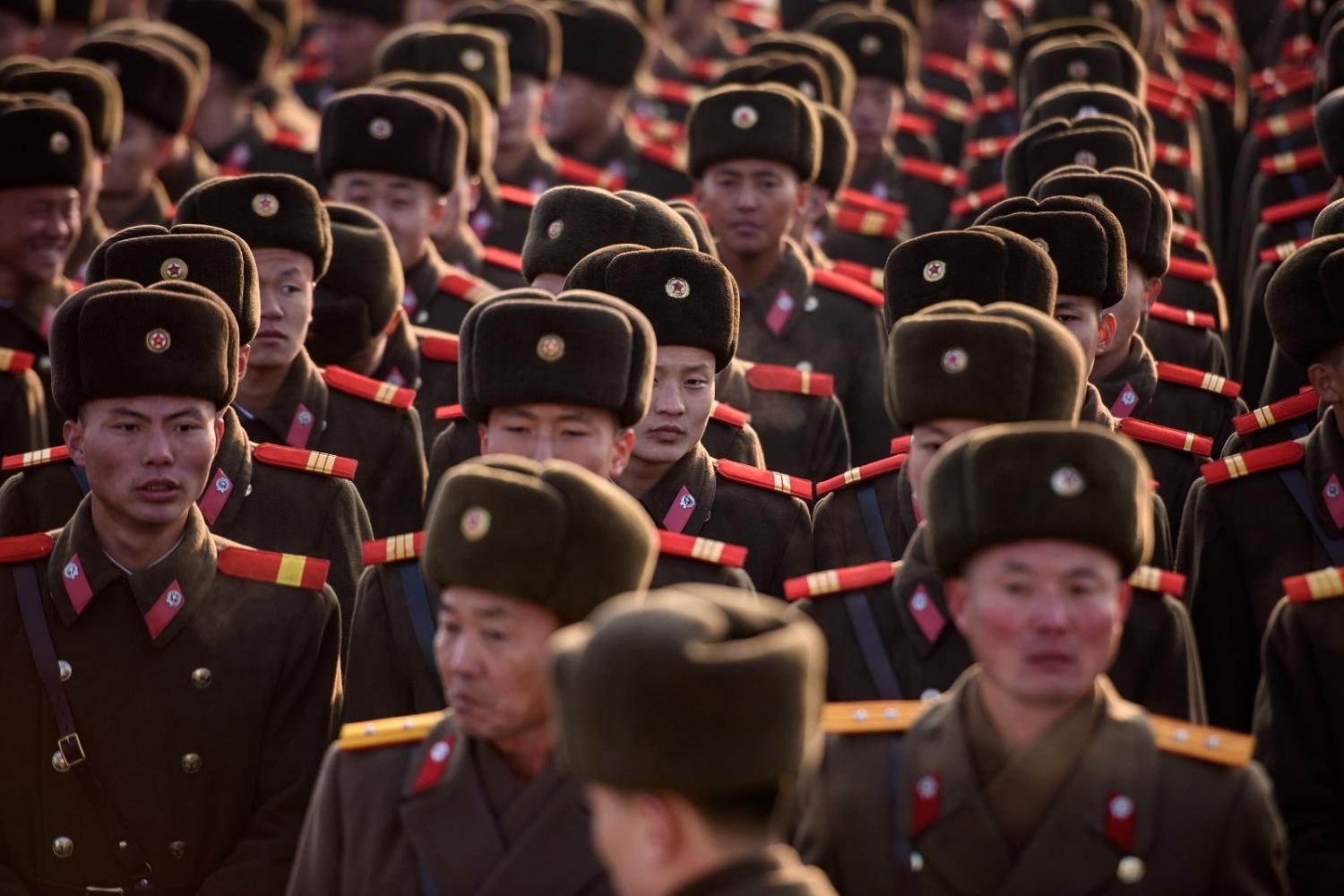 On 25 October, South Korean President Yoon Suk-yeol told the National Assembly that North Korea had completed preparations for its seventh nuclear test. While the exact date of such a test is entirely up to North Korean leader Kim Jong-un, the United States and its allies in East Asia are operating as if the event is only a matter of time.

The North Korean nuclear issue is one of those perennial problems that never seems to go away. But the debate about how to manage the problem is slowly shifting in a more realistic direction. A growing number of analysts and commentators are beginning to realise that, short of public displays of force, additional restrictions on the North Korean economy and sternly worded notes of protest, the United States, South Korea and Japan have limited options.

The United States should not only adjust its strategy. It should adopt a different set of goals.

To some, it’s difficult to accept the notion that a superpower such as the United States is unable to cow North Korea – a weak, geopolitically isolated and economically decrepit country – from continuing its nuclear weapons program. Yet this same inferiority explains perfectly why Pyongyang is highly unlikely to rid itself of nuclear warheads – the one weapon that has successfully prevented larger, stronger adversaries such as the United States from undertaking military action.

The United States should not only adjust its strategy. It should adopt a different set of goals. Denuclearisation may have been possible in the 1990s, when the Kim dynasty was still mastering the plutonium fuel cycle and had yet to acquire a single operational nuclear device. But at a time when the North has assembled as many as 30 nuclear bombs, is seeking to miniaturise warheads and is aiming to grow its stockpile of tactical nuclear missiles, denuclearisation is now an archaic concept.

The Biden administration should instead follow the advice of the new administration in Seoul, which despite being far more hardline on Pyongyang than its predecessor is nonetheless coming around to the realisation that eliminating the North’s nuclear deterrent is probably a fool’s errand. The priority should be to deter the North from actually using its nuclear weapons.

Deterrence, of course, is labour-intensive work. But in the North Korea context, it’s not as difficult as it sounds. Kim Jong-un may pontificate about wiping out South Korea and has a tendency to give his neighbours heartburn by launching intermediate-range missiles over their territory, but he isn’t the crazed autocrat so often depicted. Kim cares about North Korea, for sure, but he cares about himself and his personal power far more. And there is no more threatening scenario to his power than committing an act of recklessness.

According to the US intelligence community, Kim Jong-un is a rational actor. He is located in the middle of a tough neighbourhood and is therefore unlikely to relinquish his nuclear weapons. But due to the significant military consequences, Kim isn’t likely to use those weapons except under the narrowest circumstances, when his regime is under existential threat. Indeed, even a hypothetical North Korean attack using conventional weapons would set in motion a chain of events the North Korean dictator would soon regret.

It is during these situations, when rationality is in abundant supply, that deterrence is most effective. The essence of deterrence, after all, is convincing the other side that the costs of a purported action vastly outweigh the perceived benefits. The United States would be wise to communicate this to the North Korean leadership, as it did indirectly through the recently released National Defense Strategy: “Any nuclear attack by North Korea against the United States or its Allies and partners is unacceptable and will result in the end of that regime.”

What the United States should do instead is base a dialogue with the North Koreans on more practical aims: arms control and risk reduction.

Joint military exercises, the likes of which the United States, South Korea and Japan have regularised, also have a role in the deterrence campaign. Washington and Seoul have spent the past month conducting a series of drills that aim to enhance the interoperability of their forces, strengthen their war-game potential scenarios, and help gauge response times in the event of a conflict. This week’s air force exercises, which involve a total of 240 combat aircraft, including the F-35 joint strike fighter, come on the heels of large-scale naval operations in South Korean waters. Naturally, these drills are designed to improve military readiness. But they also serve a non-military purpose, demonstrating to Pyongyang that any aggression perpetrated on their end would be a fatal mistake.

Effective deterrence is also about effective dialogue. The Biden administration has sought to engage the North Koreans diplomatically on multiple occasions, only to come back with the same answer: Kim Jong-un isn’t interested. A big part of Kim’s refusal is Washington’s insistence that denuclearisation be the primary topic of conversation. US officials can try again and again, but they’re likely to receive the same response.

What the United States should do instead is base a dialogue with the North Koreans on more practical aims: arms control and risk reduction. The former would entail establishing a concrete, unambiguous set of measures capping North Korea’s nuclear arsenal to the current level and prohibiting additional tests of long-range missiles in exchange for phased US and UN sanctions relief and a more business-like relationship between the two long-time adversaries. At the very least, US officials, working with China, should help Pyongyang ensure its nuclear protocols are up to date and safety in the nuclear realm is taken seriously.

To many US analysts, basing policy on these common-sense objectives is the definition of a minimalist approach. But after 30 years of trying to denuclearise the Korean Peninsula, a change of approach is sorely needed.

Previous Article
Party politics in Papua New Guinea
Next Article
Australia and B‑21 bombers: less bang for the buck

Looking towards a post–Covid-19 world, France views Australia as a key strategic partner in the region.
Greg Colton 29 Jun 2017 11:41

Ultimately, the legacy of RAMSI will not be measured by what was achieved over the last 14 years, but by what happens in the future.
Alexander M. Hynd, Alexine Sanchez 19 Aug 2019 12:30

Will Tokyo’s tough stance against recent rulings in Seoul deter claims from other Asian countries?