Sisi in DC: The state of US-Egypt relations

Economic reform and terrorism - not human rights - will be on the agenda when Trump meets Sisi in DC. 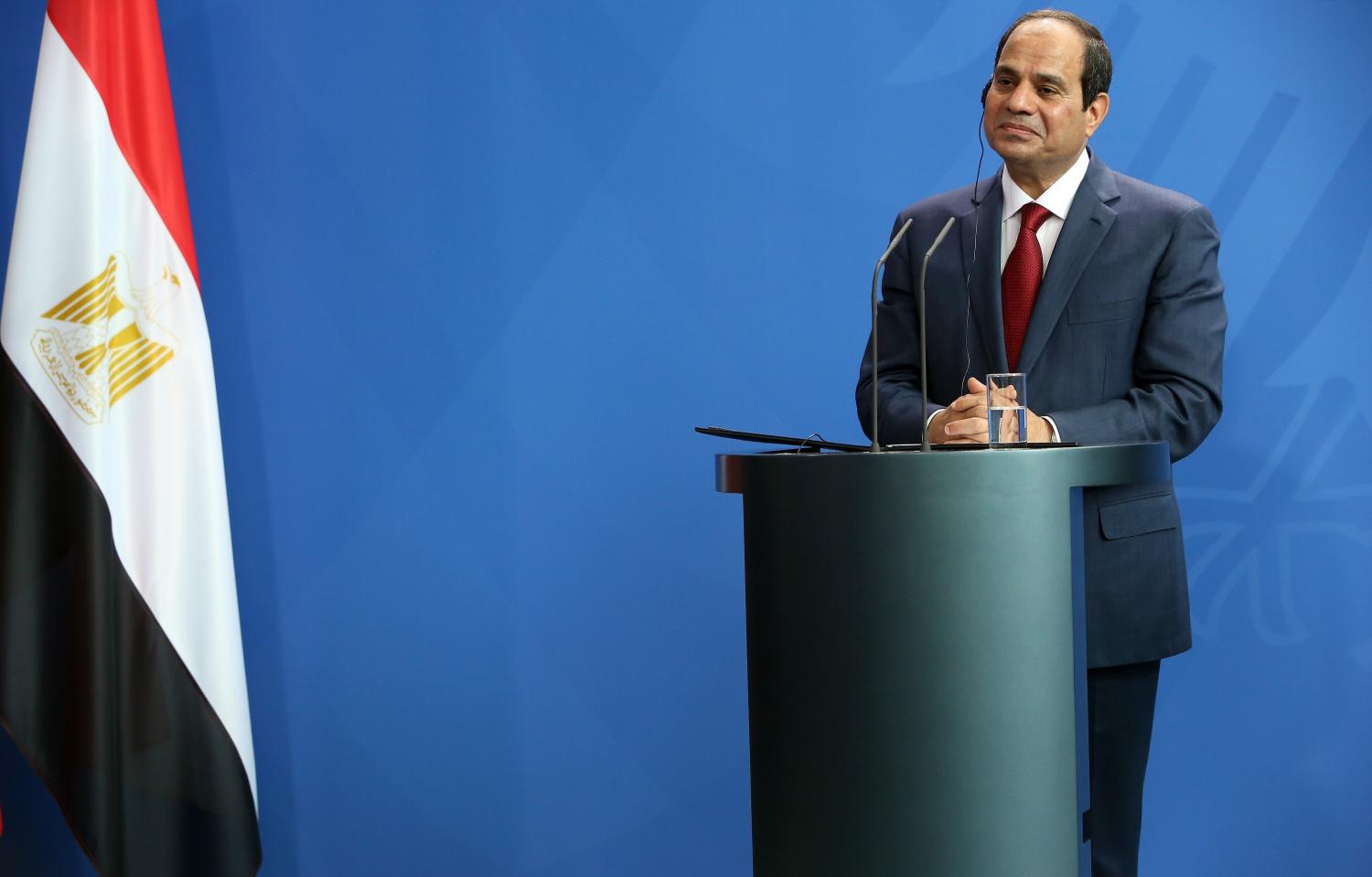 Today, US President Donald Trump will receive Egyptian President Abdel Fatah El Sisi at the White House. It is the first visit of an Egyptian leader since 2009 and Sisi will no doubt get a warm welcome. Since meeting on the sidelines at the UN General Assembly in September last year, Sisi and Trump have established a good rapport. He’s a ‘fantastic guy’, said Trump after their 2016 meeting, praising their ‘good chemistry’ – 'he took control of Egypt. And he really took control of it.' Sisi was the first foreign leader to speak to Trump after his election.

Both men see themselves as speaking the same language – that of strongmen. For Trump, the visit is an opportunity to show off his relationship with the President of the Arab world’s most populous country as he seeks to implement a travel ban for a number of Muslim-majority nations. To Sisi, and many Egyptians, Trump’s invitation is a public backing of the path Egypt has taken under Sisi’s leadership.

Optics aside, the visit primarily serves to reboot strategic relations between Egypt and the US following an often strained relationship with the Obama Administration. How to balance seemingly competing security and reform interests in the Middle East has been a central foreign policy conundrum for the US in the region during the last few decades. The visit will likely confirm what critics have been worried about since Trump has taken office – that the US will be less inclined to pressure regimes on human rights and will approach cooperation more strictly through the prism of security and counter-terrorism. Last Friday, a White House official told reporters that human rights issues would be handled ‘in a private, more discreet way’. With terrorism and economic reform the only two topics on the meeting agenda, it is unlikely Sisi and Trump will, for instance, discuss the case of Aya Hijazi, an Egyptian-American NGO worker who has been held in custody in violation of Egyptian law.

What will likely be on the agenda is Egypt’s foreign military financing (FMF), which currently stands at $US1.3 billion a year. Trump is unlikely to approve an increase should a request be made – however, the Administration may be more receptive to re-instating Egypt’s so-called cash flow financing. This provision, cancelled by the Obama Administration in 2015, would enable Egypt to use US financial assistance commitments years in advance as credit.

Human rights organisations have been critical of Trump extending an invitation to Sisi. According to Sarah Margon, Washington Director at Human Rights Watch, ‘inviting al-Sisi for an official visit to Washington as tens of thousands of Egyptians rot in jail and when torture is again the order of the day is a strange way to build a stable strategic relationship’. Additionally, if Trump’s policies are focused on security at the expense of reform, the current FMF model hardly suffices in the fight against terrorism in Egypt. Sisi has promised stability and security and has fully engaged in a self-proclaimed war on terror on Egypt’s Sinai Peninsula, a haven for transnational crime and Islamist militancy. Sisi’s counter-terrorism strategy has left many Western governments (including the US) in a quandary; Egypt’s military’s scorched earth policies, an arsenal of repressive laws, and the conflation of all Islamists as terrorists encourages rather than addresses the terrorist threat from Sinai.

The US military has long pushed Egypt to adopt a new counterinsurgency strategy that would require its army to go light and mobile. Instead, Egypt remains primarily interested in buying the kind of advanced military hardware under the FMF agreement that is 'basically useless' for counter-insurgency or peacekeeping according to Robert Springborg, an expert on the Egyptian military.*

The visit should be an opportunity for the Trump Administration to examine its options to engage more effectively with Egypt to secure the country’s stability. If this does not occur, the Trump administration risks not just losing influence over Egypt’s counterterrorism strategy by reinstating the FMF status quo. Explicitly decoupling military aid from democratic progress would also see the US lose leverage over Egypt's democratic transition.

*This paragraph was re-ordered after publication.

Previous Article
Why an extradition treaty with China was always a bad idea
Next Article
Sino-Russian relations: Historical secrets and modern ambitions

In a break from the past, Sinn Fein should take up its long empty seats in Westminster and offer a key to negotiations.
Thomas Paterson 3 Sep 2019 15:00

As the battles shift in the digital age, Australia needs a strategy to compete – and to win public support.
Geoff Kitney 28 Oct 2016 14:00

Clinton is said to have been impressed, in the time that Gillard was Australian Prime Minister, with her toughness on policy issues.