Australia, and the world, must insist that negotiations safeguard women’s rights, else talk of peace will be empty. 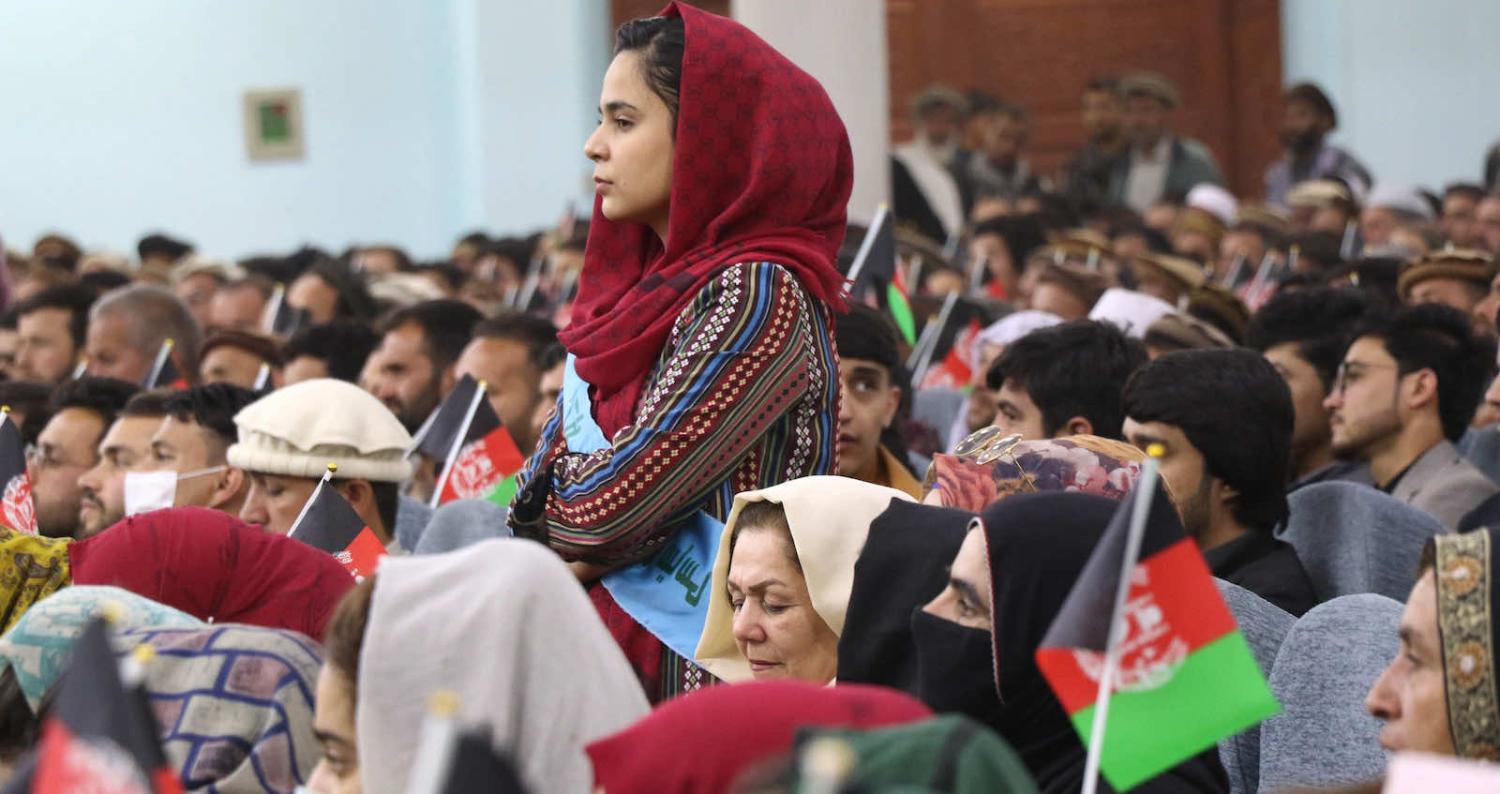 The agreement signed by the United States and the Taliban in February 2020 sought to end America’s (and Australia’s) longest-running war. After nearly two decades of conflict, the US and NATO allies committed to withdrawing all foreign military personnel from Afghanistan. In exchange, the Taliban agreed to prevent terrorist groups from operating on Afghan territory and to participate in talks with Afghanistan’s government.

Between 1996 and 2001, the Taliban imposed a strict Sharia interpretation of Islamic law that included amputation, stoning to death of alleged criminals and systematic violations against women and girls. The US-Taliban agreement did not address these violations or the protection of women’s rights, even though the US government argued the protection of women’s rights was a reason for its 2001 intervention. The closed-door talks and the wish of the US for a hasty withdrawal from Afghanistan raised fears that women’s rights would be traded off for a peace agreement with the Taliban. The current intra-Afghan talks have yet to address these issues substantively.

An agreement with the Taliban must not undermine the achievements made by women over the past 20 years.

The intra-Afghan peace talks began in Doha in September 2020. The two sides are negotiating a permanent ceasefire and the Taliban’s future role in governing Afghanistan. However, Afghans, especially women and minority groups, are sceptical of the talks and fear a return to repression. To date, the peace process in Afghanistan has been oriented around a notion of “peace now-justice later”. The Taliban have not clearly articulated their position on reconciliation, power-sharing, and/or governance. Their statement on women’s and minorities’ rights is opaque, and the positions inside the Taliban vary greatly. By contrast, the Afghan government has called for an immediate ceasefire and the establishment of an inclusive government that respects the rights of women and minority groups.

Even with sustained international and national campaigning for women’s rights to be safeguarded in the peace negotiations, women and girls have encountered increasing levels of violence in Afghanistan, including the targeted assassination of women activists and civil society leaders. Fawzia Koofi, a politician, and one of the women delegates on the government’s negotiation team, survived a shooting just before negotiations in Doha began. Women’s civil society groups have led numerous campaigns in Afghanistan, including a current one calling for a ceasefire that is responsive to gender equality and that protects women’s rights.

In a statement at the UN Security Council on 26 July 2019, Jamila Afghani, the representative of Women’s International League for Peace and Freedom-Afghanistan, emphasised how much has changed in Afghanistan since the Taliban ruled and the role of the international community in protecting and advocating for women’s rights and participation in the peace process:

Afghan women today are not the women of 30 or 40 years back. We know our rights granted by our faith and granted by the constitution of Afghanistan as well as required by the international conventions ratified by Afghanistan. The international community must stand with us at this crucial moment and ensure that our rights will not be compromised for a political peace deal.

Nevertheless, in March this year only one woman, Dr Habiba Sarabi, was invited to the Moscow conference on the Afghan peace negotiations that included delegations from the government of Afghanistan, the Taliban, and representatives from Russia, US, China and Pakistan. In the current Doha negotiation, women’s representation is not much better. There are only four women delegates on the Afghan government’s 21-person negotiation team – Habiba Sarabi, Fatima Gailani, Sharifa Zurmati Wardak and Fawzia Koofi – and no women delegates on the Taliban side.

Dr Sarabi will speak this week at a Monash University-sponsored event on Women and International Peace and Security in Afghanistan on 24 June. Greater international recognition of the urgent challenge facing women in Afghanistan is crucial, and this event marks an effort to broaden that awareness, especially given Australia’s longstanding role in the conflict and in peacebuilding in Afghanistan. The conference will focus on women’s participation in the negotiations and the importance of protecting women’s human rights.

Growing research evidence demonstrates that inclusive processes result in peace agreements that are more likely to last and that incorporate provisions securing women’s substantive participation in the post-conflict society. To advance the goals of gender inclusion, the newly formed Afghanistan Mechanism for Inclusive Peace (AMIP), a consortium of Afghan civil society representatives, has proposed creating a Specialised Gender Advisory Board comprising 20 women members to channel women’s voices to the peace negotiations.

Peace in Afghanistan is possible, as signalled by the intra-Afghan talks. But the hasty withdrawal of all foreign troops may also suggest a withering of international support for the peace process and the stability of Afghanistan. An agreement with the Taliban must not undermine the achievements made by women over the past 20 years.

International actors, including Australia, must continue to press all sides in the peace negotiations to protect women’s rights, including the 30% gender quota in the lower house of the Afghanistan parliament (Wolesi Jirga). Such protections should be made conditions of international aid. As it withdraws its military personnel and closes its embassy in Kabul, the Australian government must recommit to its foreign policy gender equality strategy: it must ensure that all aid to Afghanistan is in line with Australia’s commitments under the 2021-2031 National Action Plan on Women, Peace and Security in order to stand with Afghan women and girls.

Previous Article
A Cold War deal on ice: The Antarctic Treaty at 60
Next Article
How Australians look in the mirror, and out a window to the world

Pacific Island links: Abbott and Wong in PNG, Grasberg mine, Zika in Palau and more

Cyclone season in Fiji, a federal constitution in the Solomon Islands, Fiji's police commissioner taking a year off, and more.
Nicholas Gruen 28 Feb 2020 10:00

What might have been, had Australia had a crack at becoming a strategic hub for niche “world cars”.
Rodger Shanahan 14 Oct 2022 13:00