Is McMaster a man who knows how to deal with top US military leaders simply because he had exposed their weaknesses in his book? 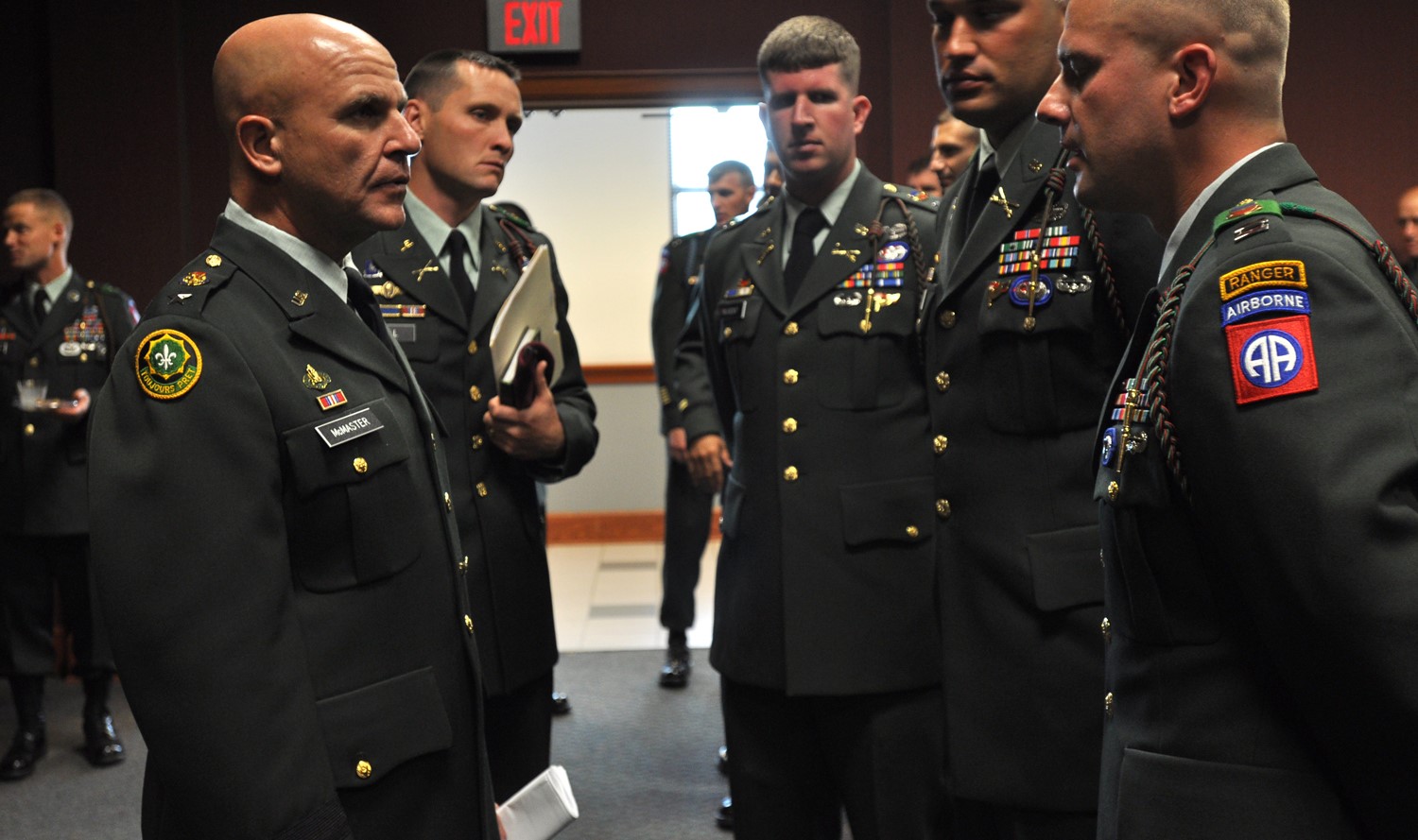 Given the extraordinary events that continue to take place in the United States, it is salutary to note that the appointment of General H R McMaster as President Doanld Trump's National Security Advisor took place a bare two weeks ago.

At the time his appointment was widely welcomed, with reference made in the media to his courageous service in Iraq during the Gulf War and with frequent mention of his 1997 book, Dereliction of Duty: Lyndon Johnson, Robert McNamara, the Joint Chiefs of Staff and the Lies that Led to Vietnam. The importance of this book, it has been frequently suggested, lies in the extent to which it 'critiqued the joint chiefs for not standing up to President Lyndon B Johnson during the Vietnam War'.

The implication of such reports was that here, in the midst of confusion associated with the early Trump Presidency, McMaster was a man who knew how to deal with American's top military leaders because he had exposed their weaknesses in his well-regarded book.

With considerable personal involvement in observing the Vietnam War through the 1960s and early 1970s, it seemed worthwhile to re-read McMaster's book (which I had only previously given cursory attention, as by the time of its publication my research interests had moved on to other matters). Doing so was rewarding, but for me the message that emerges from the book is much more complex than merely the author revealing weakness in the behaviour of the Joint Chiefs of Staff.

Indeed, given the apparent dysfunction that pervades the Trump Administration, my reading of McMaster's book points to the equally important conclusion that whatever the failure of the Joint Chiefs, the Presidents (John F Kennedy and Lyndon B Johnson), and their closest advisors (Robert McNamara and Maxwell Taylor), were as much to blame for an inability on the part of the United States to face up to the challenges posed by the steadily escalating conflict in South Vietnam.

Although Kennedy and his 'new frontiersmen' were keen to make South Vietnam 'the American test bed for counterinsurgency programs' (as McMaster puts it), the Administration was badly divided over policy options, uncertain as to whether to support the coup against President Ngo Dinh Diem, and split on accepting or rejecting the optimism being retailed by General Paul Harkins, the commander of the American Military Assistance Program in Vietnam.

Nowhere was this division and confusion more apparent in the early stages of the war than in relation to the Battle of Ap Bac that took place on 2 January 1963, when I was carrying out research in Saigon. News of the battle hit the city like a storm as dozens of South Vietnamese soldiers were killed, along with three Americans. Five American helicopters involved in the battle were shot down. This took place in a period of pervasive official American optimism about the extent to which the South Vietnamese regime was succeeding in its efforts to contain the communist insurgency.

Yet despite the losses and the poor performance of the South Vietnamese troops, Harkins praised the battle as a victory, as did Admiral Harry D Felt, the Commander-in-Chief for the Pacific when he visited Saigon shortly after the battle. And when General Earle Wheeler as Army Chief of Staff was sent to Saigon to report on the battle, he did so (as McMaster notes) in such a way that 'helped tamp down controversy'. This was a view that resonated with President Kennedy's top civilian advisors on Vietnam, such as McNamara and Secretary of State Dean Rusk.

With Kennedy's assassination in November 1963, McMaster notes: 'John Kennedy bequeathed to Lyndon Johnson an advisory system that limited real influence to his inner circle and treated others, particularly the Joint Chiefs of Staff, more like a source of potential opposition than of useful advice.'

From then on, and as McMaster documents, there was a fundamental split between the Administration and the joint chiefs, such that in 1964 the joint chiefs wanted to institute policies to win the war while the Administration wanted to prevent the South Vietnamese losing. And this was in circumstances in which Johnson distrusted the military and was ready to rely on General Maxwell Taylor, as his military advisor, to keep the Joint Chiefs at bay.

McMaster's book, despite being more than 400 pages long, has a limited time compass and does not examine developments beyond Johnson's second term of office in any depth. He summarises his views in his 'Epilogue' where he writes that the 'war was lost in Washington D.C., even before Americans assumed sole responsibility for the fighting in 1965 and before they realised the country was at war'.

How does McMaster's book bear on his current responsibilities? One view, from military historian, West Point graduate and former colonel Andrew J Bacevich, is that the book shows the new National Security Council Advisor is a 'military strategist' but is yet to show he is capable of addressing the issues of 'grand strategy'.

But perhaps an earlier review of the book raises more interesting, and possibly disturbing questions, wrapped up in a wry comment on the Confederacy's loss of the Civil War. Reviewing McMaster's book in July 1997, military historian Ronald Spector notes that McMaster's account of developments 'largely leaves out of account the ideas, plans and actions of the Vietnamese'. This puts Spector in mind of the comment by Confederate General George Pickett when he was asked 'to what he attributed the failure of the Confederacy'. Pickett's reply, Spector notes, was, 'Well, I kinda think the Yankees had a little something to do with it.'

So, at the simplest level, there is no doubt that General McMaster is a courageous truth-teller as well as an admirable researcher, as he had to be to write his book. And there is no doubt about his personal bravery as a tank commander. Taking the book, as some seem inclined to do, as a guide to how he will fulfil his role in the Trump White House seems for the moment to make too much of that past achievement. And for those of us who lived through the Vietnam War, it's hard not to think there is a great deal of truth in Pickett's comment transferred to assessing McMaster's book.