A recent ruling on a vote of no confidence challenge may see the next government complete a term in parliament. 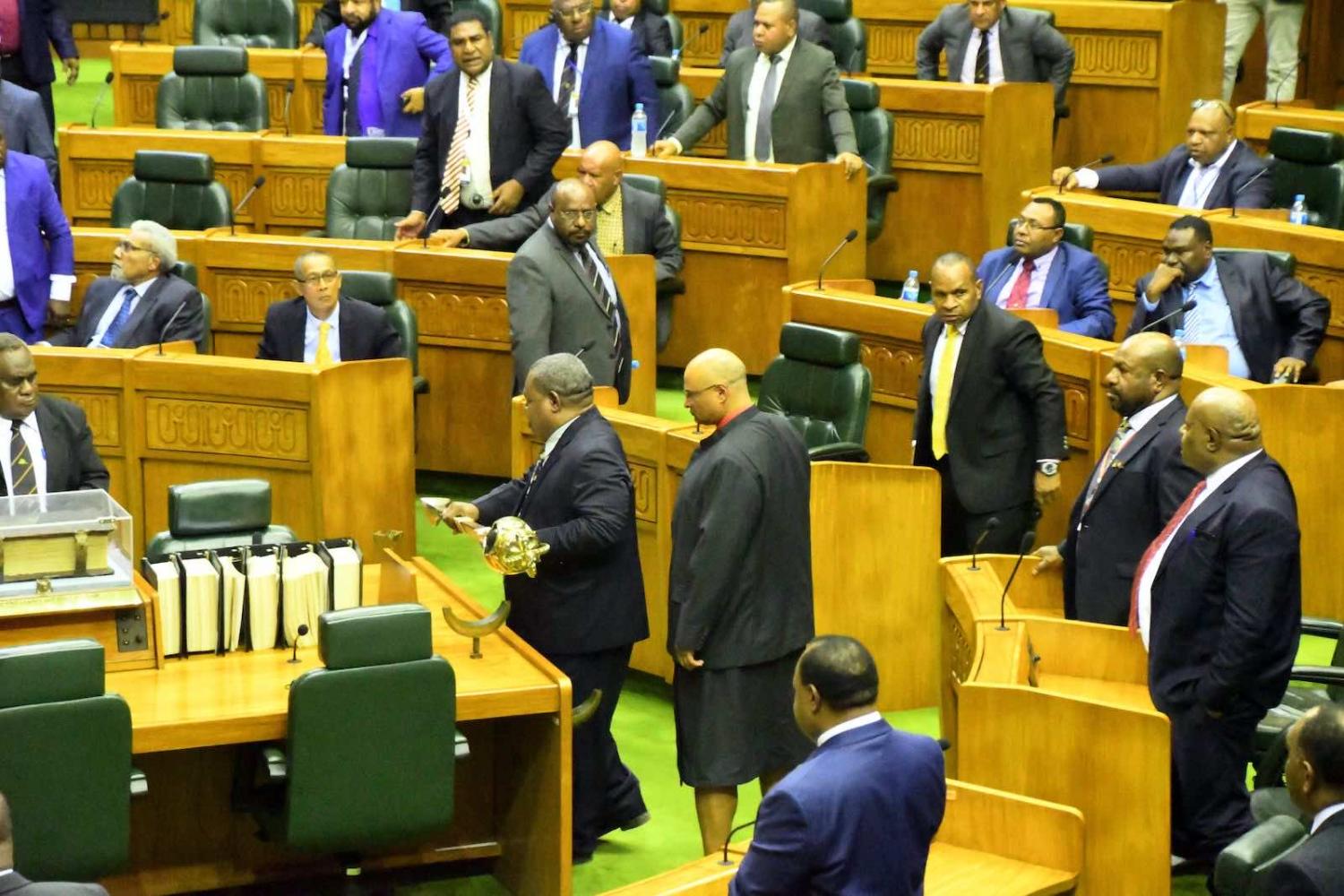 When can the Supreme Court interfere in the activities of the parliament in Papua New Guinea? This question was answered in the 1994 case brought by then opposition leader Christopher Haiveta against Paias Wingti, prime minister at the time, in which the Court ruled that the affairs of the parliament are non-justiciable – or beyond the remit of the courts – and the courts cannot interfere except in cases where the parliament enacts or amends a law, including the constitution that the Court considers unconstitutional, or breaches a procedure explicitly provided by the Constitutional Laws.

The issue still arises because in PNG politics the prospect of a resort to the courts is regularly invoked. Votes of no confidence in the government, which had been common historically, have typically wound up in a legal challenge. With an election looming in 2022, it’s important to understand the boundaries of legal options.

Political stability in highly corrupt countries comes with its downside.

Except as is specifically provided by a Constitutional Law, the question, whether the procedures prescribed for the Parliament or its committees have been complied with, is non-justiciable…

In the Haiveta versus Wingti case the judge upheld this provision by stating:

The net effect of all of these is that the proceedings of the Parliament are non-justiciable unless there is a procedure provided by a Constitutional Law that must be followed in the conduct of any parliamentary action.

This rule was consistently applied by the PNG Supreme Court until the 2016 case involving the opposition leader Don Polye and speaker of the parliament Theodore Zurenuoc. Polye asked the Supreme Court to declare unconstitutional the decision of parliament to adjourn after a notice of motion of no confidence in the prime minister had been submitted to Zurenuoc, who was also the Chairman of the Parliament’s Private Business Committee. The Committee has the role to ensure that the mandatory guidelines provided by Section 145 of the Constitution – such as naming the alternate PM, and getting support signatures from 10 per cent of the 111 MPs – are adhered to before the motion is presented to the parliament. The Supreme Court ruled that:

…it is mandatory for the process prescribed by Section 145 of the Constitution which includes Standing Order 130 to be fully complied with when a motion of no confidence in a Prime Minister is submitted to the Chairman of the Permanent Parliamentary Committee on Private Business.

It further ruled that:

Four years later, the Supreme Court was faced with a very similar question in a case brought by opposition leader Belden Namah. In December 2020, Namah submitted a motion for a vote of no confidence against Prime Minister James Marape, but the parliament was adjourned without the Committee meeting to vet the motion.

MPs can intentionally delay the meeting of the Committee when motions of votes of no confidence are submitted, until parliament is adjourned to avoid a vote of no confidence.

First, as the most recent case, it shows the current position of the Supreme Court and will most likely guide future rulings on similar cases. In fact, Chief Justice Gibbs Salika, who was a member of the judiciary in 2016 for the Polye versus Zurenuoc case that ruled the parliament adjournment unconstitutional for the Speaker’s failure to call for a meeting of the Committee, was also a member of the judiciary that unanimously ruled the 2021 parliament adjournment non-justiciable.

Third, if this loophole is effectively utilised, the next government may complete a term in parliament.

However, political stability in highly corrupt countries comes with its downside. A stable government that is corrupt would do more damage to the country.

We need to think about Syrian women not only as victims of violence but also as as significant partners in the quest to bring about a resolution to conflict.
Greg Earl 13 May 2019 06:00