Under the Dome and India's Daughter: Documentaries stir powerful online reaction in Asia

Conflict has broken out across Asia. Militaries aren't involved and there are unlikely to be human casualties, but this conflict is already re-shaping our most important partners in Asia.

Last week, under very different circumstances, two documentaries went viral online and now the Chinese and Indian Governments are scrambling to contain public opinion and save face by mopping up the final traces of these films on the Internet.

Under the Dome, a Chinese TED-talk style documentary self-financed and produced by well-known investigative journalist Chai Jing, was launched 28 February via the website of the state-owned People's Daily. The fact that the documentary began its online life at the People's Daily implies some level of government buy-in. And on 1 March the Minister for Environmental Protection, Chen Jining, added to this perception when he said that Chai was to be admired for encouraging citizens to be concerned about the environment.

300 million-plus views later, however, we now know that this support was conditional.

About 72 hours after its online release the censors commenced 'cease and desist' efforts. Empowered by instructions from the News Bureau of the Central Propaganda Department (which explained in frank terms that Under the Dome had become too distracting in the lead up to China's annual Communist Party meetings), social media discussions were censored, website comment threads were disabled, news organisations stopped reporting the story and the documentary itself disappeared from China's major video sharing sites.

In contrast, India's Daughter, a documentary about the brutal 2012 gang rape and murder of medical student Jyoti Singh in New Delhi, has travelled the reverse path to censorship. [fold]

A UK-India co-production, the BBC documentary was set to be shown on Indian TV station NDTV on 8 March, International Women's Day, but was banned before its release after police secured a last-minute court injunction. India's Ministry of Information and Broadcasting has couched the censorship in terms of women's public safety, arguing that excerpts of an interview with one of the convicted rapists 'appear to encourage and incite violence against women'. In protest, NDTV halted programming during the one-hour planned screening slot.

Globally, the documentary was screened in select countries and remained accessible across video-sharing sites including YouTube and Vimeo for most of last week. But on 9 March it largely disappeared from the internet when Google agreed to comply with the Indian Government's requests to block access to the film, and later the BBC's own requests, which cited copyright infringement.

In banning India's Daughter, the Indian Government set alight a monstrous debate that has grown to include topics ranging from gender inequality and education to poverty. Spoof videos about rape have gone viral, blog posts and social media discussions are multiplying and growing into a national debate. India's TV stations have taken up the topic of the film's ban with vigour, and emotional interviews with Jyoti's parents have been aired. India's politicians responded immediately to the public outcry and are falling over one another to argue for or against India's Daughter.

In a rare display of symbiosis, a number of journalists in India have also leveraged the popularity of Under the Dome to re-ignite debate about India's poor air pollution. And without a hint of irony, China's Global Times published an opinion piece on the banning of India's Daughter, analysing India's 'imbalanced and inadequate social development' and encouraging its neighbour 'to face up its domestic headaches.'

This week-long cyber tug of war won't end soon for China or India because the internet can't actually be censored in the way some states would want.

To start with, China's and India's sizeable diasporas, both loosely estimated at approximately 40 million, are scattered across the world and are largely free to watch, discuss and share whatever content they can get their hands on. As are both countries' rapidly growing numbers of outbound tourists.

While China has worked hard this year to fortify and expand its Great Firewall, netizens remain one step ahead of censors because they lead the discussion that the state then scrambles to suppress. China's internet users exist within a constantly shifting and shrinking framework set by the state, but the Chinese Government can't always predict where the next flare-up will occur, giving netizens some room to manoeuvre. The Chinese Government also knows it must ensure that using the internet remains attractive to its citizens, and that includes leaving space for people to congregate and discuss issues online.

If China's version of the internet starts losing mass appeal, then 620 million frustrated people will be looking for other ways to channel their opinion. And this is the Communist Party's worst nightmare.

Under the Dome's viral popularity has already had an impact. The price of solar stocks surged 32%, with analysts directly attributing the jump to Jing's documentary. Small anti-smog protests have broken out in Shaanxi province. A 24-hour environmental complaints hotline that Jing spruiks in her documentary has reported a 610% surge in calls.

On 6 March – a week after the film's release – President Xi Jinping promised that polluters would be punished, no exceptions, 'with an iron hand.'

Historically, politics has been the domain of the elite, with only a chosen few given access to decision-making. Information flows were also predominantly unidirectional and trapped within rigid hierarchies. But the internet has decimated the geographical and economic nature of how power is distributed and decisions were made. Under the Dome and India's Daughter are both incredibly compelling documentaries, but the online reaction they have stimulated is even more powerful. And this is a timely reminder for Australia that the internet's ability to provide the world's 3 billion web users with unprecedented access to information is a global game changer.

Australia should be seeking to understand and influence the internet's ability to unite and mobilise populations, because this internet citizenry is accelerating political and social change in Asia. 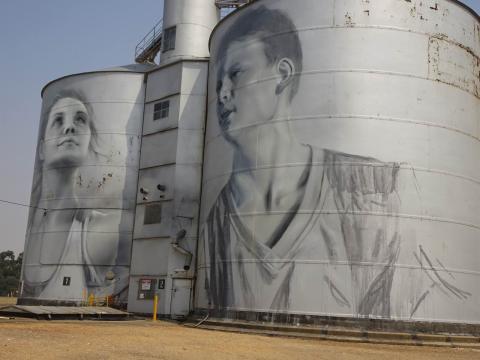 The corona crisis is shining an unforgiving light on how very different political systems deal with unexpected crises.
Natasha Kassam 14 May 2020 05:00