Cox's Bazar will be a testing ground for the 'preventing violent extremism' concept. 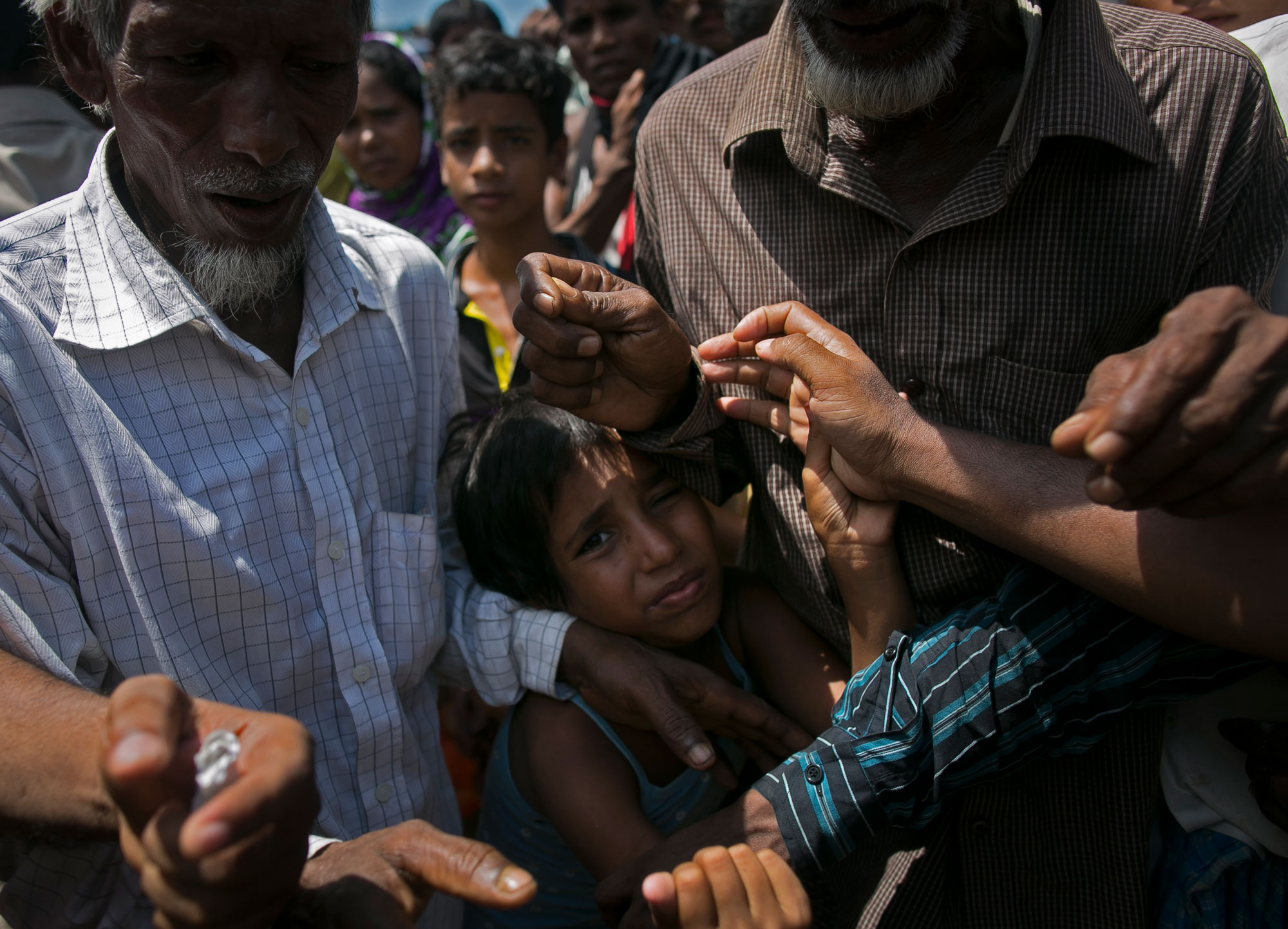 Over the last month, almost half a million Rohingyas have fled from Rakhine State in Myanmar to Cox's Bazar in Bangladesh. That represents approximately half of the entire Rohingya population in Myanmar. There are now 600,000 to 800,000 Rohingya refugees (officially designated as Undocumented Myanmar Nationals) in Bangladesh. Establishing precise numbers is difficult, as many people settle informally without registering.

The Global Community Engagement and Resilience Fund (GCERF), for which we both work, has been supporting local initiatives in Cox's Bazar over the last twelve months focused on preventing radicalisation to violent extremism, which is now a real danger.

The local recipients of GCERF grants have provided the following – at times contradictory – updates.

On one hand, there is significant sympathy among local communities for the Rohingyas, at least in part because of a shared Muslim heritage. Correspondingly, there is vociferous anger at the Government of Myanmar, viewed as responsible for displacing the Rohingya from their homes. Confronted with plans by the Government of Bangladesh to relocate and ultimately repatriate them, many Rohingya are apparently being hosted and absorbed within local communities. Currently less than a quarter of them reside in refugee camps.

On the other hand, and in particular in the 'upazilas' (local administrative divisions) in Cox's Bazar where the Rohingya now comprise the majority of the population, there is growing resentment towards them. Some Bangladeshis perceive them as a potential source of violent extremism. Prices are reported to be rising, competition for day labour increasing; and more Rohingya are almost certainly on their way.

At least up to now, there is good evidence that GCERF-supported interventions have helped defuse tensions between the local population and Rohingya in Cox's Bazar. These interventions have focused on fostering social cohesion, for example by supporting increased cooperation and dialogue between youth groups, parents, civil society, community and faith-based organisations, media, and government bodies. They have helped develop community agency, in particular by raising awareness, capacity, and motivational support among young people including the population from Myanmar to empower them to engage in programs  designed to prevent violent extremism and to become change agents in their communities. Equal access to opportunities has been promoted by providing employment and professional training for both refugees from Myanmar and Bangladeshi unemployed youth. Our interventions have also encouraged an individual sense of purpose by enhancing critical thinking through debate competitions among young people.

GCERF partners also work with women from different religious backgrounds. Mothers are essential to preventing violent extremism among their children. Guided by facilitators, refugees from Myanmar, Buddhist, Hindu and Muslim women regularly sit together in women's courtyard meetings and exchange ideas about how to prevent violent extremism and what signs they should look out for. 'We have a key role to play. Violent extremism is not linked to any of the religions, because there is no religion that teaches people for violence. As mothers, we need to be united against violence and radicalisation', said a Rohingya mother on Kutubdia Island in Cox's Bazar.

The unprecedented arrival of Rohingya will test GCERF's aspiration for these communities to be resilient enough to resist violent extremism. We envisage four challenges.

One is sheer weight of numbers. In Australia and Europe in recent years, the political significance of migrants and asylum seekers has far outweighed their numerical significance, generating disproportionate public and political responses. Faced with a real crisis – imagine 1 million refugees arriving in the space of a few weeks say, in Canberra, which has roughly the same population as Cox's Bazar – extreme responses should not be surprising. Cox's Bazar is one of the poorest areas of Bangladesh, where people mainly support themselves through small-scale agriculture or fishing. It is also a centre of human and drug trafficking, in particular around the Naf River where most refugees are crossing. Local peoples' resources are completely exhausted and they are struggling to cope with their own everyday lives.

A second challenge is time. GCERF's interventions, and those of the international community to prevent violent extremism more generally, are very young, and there are still considerable reservations about the Preventing Violent Extremism (PVE) agenda. What is unfolding in Cox's Bazar provides answers to some questions that continue to be raised. For example: why focus on communities that are not yet directly affected by violent extremism? Because they have been identified as vulnerable to radicalisation to violent extremism, should an external shock transpire. But how can the impact of PVE be measured? Only when communities are challenged by violent extremism, not before.

A third challenge is the risk of fragmenting social cohesion in the local community as a result of the influx of people from Myanmar. There is a delicate and sensitive balance between Muslim and Buddhist Bangladeshis. Old sentiments against Buddhist minorities may be revived as the result of anger felt by the Muslims towards the Buddhists of Myanmar. GCERF-funded programs have focused on supporting interfaith dialogues which we hope have strengthened this fragile social cohesion.

Finally, the local recipients of GCERF funding are now reporting that they are delaying – or re-tooling – PVE interventions to focus on the immediate humanitarian crisis. Here is another challenge for prevention: how to maintain focus on a long term goal in the face of short term priorities?

Cox's Bazar will be a testing ground for the UN Secretary-General's 'Prevention Agenda', for the concept of preventing violent extremism, and for the Global Community Engagement and Resilience Fund. Let us hope we have not done too little too late to defuse the ticking time bomb.