US midterms: the no-joke elections

Is anything short of a punishing defeat for Republicans actually an endorsement of Donald Trump? 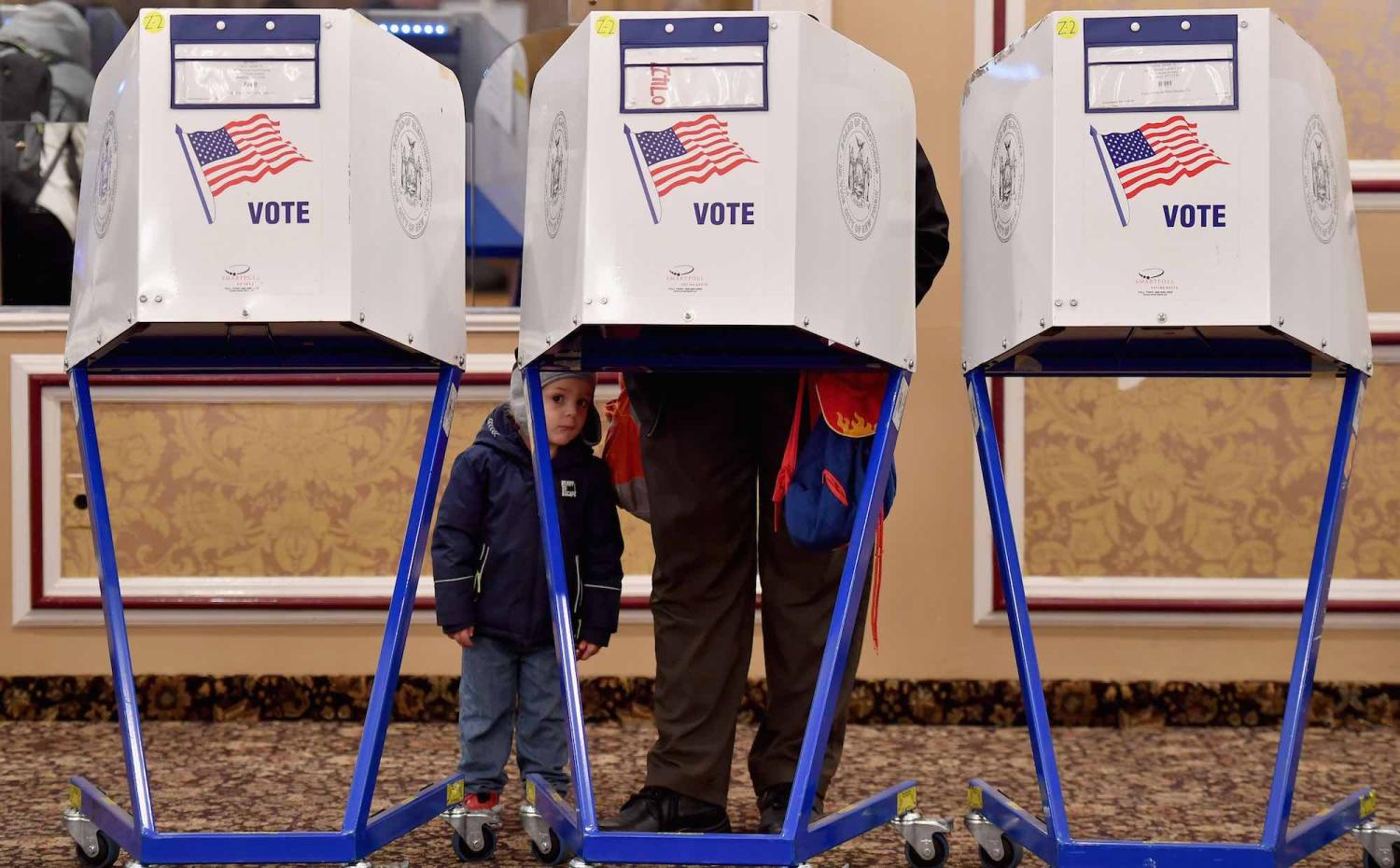 The US midterm results are rolling in. The House of Representatives appears to have fallen under Democrat control, while former presidential candidate Mitt Romney has won himself a seat in the Senate, where the Republicans have comfortably retained a majority. As of a few minutes ago, The New York Times was carrying this headline on its homepage:

Split Verdict in an Election Seen as a Referendum on Trump

Perhaps the rest of the world will read it differently:

“There’s only been 5 times in the last 105 years that an incumbent President has won seats in the Senate in the off year election. Mr. Trump has magic about him. This guy has magic coming out of his ears. He is an astonishing vote getter & campaigner. The Republicans are.........

The interpretations of the midterm elections began long before the first vote was cast, with the actual results more fodder to fuel the divisions in the American polity. Trump’s domestic boosters are convinced of the message, while his critics are back in the battlements, again speculating about the Russian influence investigation. Romney’s redux can be either a victory or a loss, another Republican in the chamber or a staunch Trump critic (who Trump once skewered by speculating Romney could be secretary of state).

But for many of those outside watching on, these elections results are still confounding as to why a man who appears the parody of a president, with no obvious concern for the truth, continues to capture any support at all.

Well, turn to the comics for an answer.

Scott Adams, creator of the Dilbert cartoons on modern office life, anticipated the triumph of Trump in 2015. He saw, in the words of a fascinating interview published last month, “a set of skills perfectly honed to persuade an unsuspecting public largely unconcerned with facts”. Adams' book, Win Bigly: Persuasion in a World Where Facts Don’t Matter, examines Trump’s communication style. As he explains:

There were other things about Trump’s skill set that I saw that you just didn’t see with other politicians. For instance, he likes to focus on simple visual images. He’s got the Make America Great Again hat. He’s also got the wall. Even without a photo, everybody could imagine their own wall. It’s visual even without the picture. But then he added the pictures and it became even more visual.

Trump makes us think ‘past the sale’. When he says, ‘The wall will be 30 feet tall’ and he visits the prototypes, he makes you think about what kind of wall it will be. That’s thinking past, ‘Will there even be a wall?’ It’s simple and basic. But it’s something that politicians don’t do. And he’s uniquely consistent in using these tactics. He didn’t just get lucky.

Trump made the wall another feature of this latest campaign, the supposed threat from a refugee caravan playing to the sharp politics of immigration.

Rather than banal, Adams sees Trump’s language of “simplicity and repetition” as a strength. Adams also talks about energy, illustrated by Trump’s ability to short-circuit awkward “gotcha” questions of the type that would end another politicians campaign (think his comments on women, or the supposed “wouldn’t” slip alongside Vladimir Putin).

Does this explain Trump as a phenonemon, a victory of method and marketing over questions of substance? Not exactly. Clearly the issues he speaks to resonate, and Trump’s style of politics is not bounded by geography. And in truth, the midterms are not really just about Trump, in spite of the attempt by both sides to paint it that way.

What Adams' perspective offers, though, is more than comic relief. Trump’s skill is too often underestimated by his critics. It shows why an election result short of a punishing defeat for Republicans is not necessarily an endorsement of Donald Trump. He is just better at making himself the centre of the debate, and to revel in the controversy this generates. After all, “This guy has magic coming out of his ears”.

‘A Wary Embrace’: The author responds

Western interests and norms are challenged less by the Sino-Russian partnership than by China and Russia acting individually.
Sam Roggeveen 13 Feb 2020 07:00

The biggest shift in Australia’s strategic circumstances in a century will test our politics as much as our US alliance.
John Connor 27 Mar 2019 06:00