Why do US warships keep having accidents?

Neither destroyer was showing Automatic Identification System data at the time of their accident. This was done to keep their identity as American warships secret. 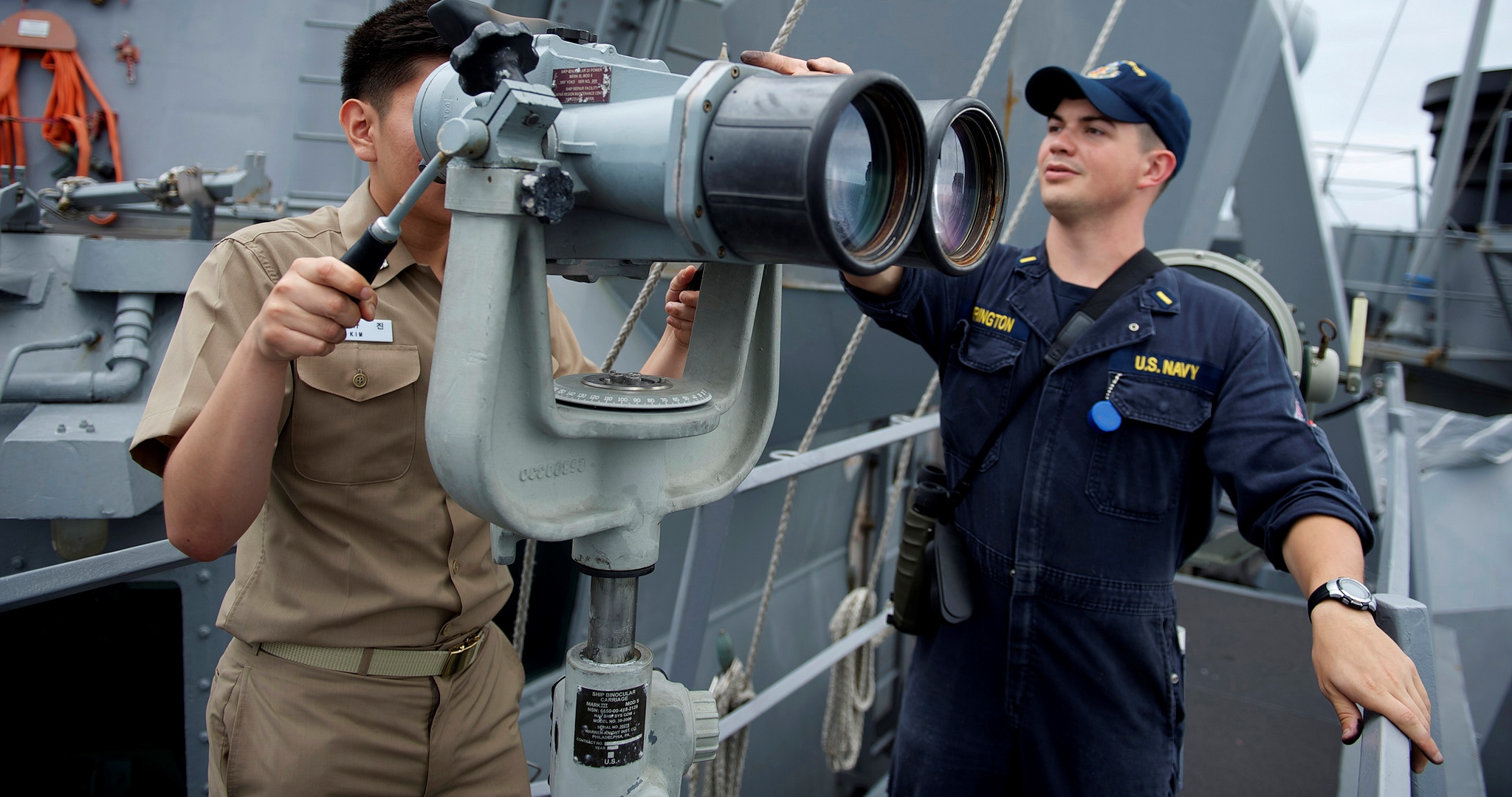 James Goldrick has identified possible systemic problems in the US Navy that help explain recent accidents involving US warships. These problems may not be unique to the US Seventh Fleet and there has to be sympathy for Vice Admiral Aucoin, the Commander of the Seventh Fleet, who was made the scapegoat for recent accidents and sacked ‘due to a loss of confidence in his ability to command'. This was just a short time before he was due to retire.

James pointed to a possible need for the US Navy to reconsider its 'unrestricted line officer' concept, whereby its surface warfare officers are expected to gain experience as platform and combat system engineers at the expense of seamanship and navigation. He also addressed the very real issue that the younger generation of officers and sailors are being ‘captured’ by their electronic displays at the expense of actually looking out the window. Modern technology is no substitute for alert eyes and the experience to handle a potentially dangerous situation.

American naval commentators frequently allude to the importance of compliance with the the Convention on the International Regulations for Preventing Collisions at Sea (COLREGS) to ensure navigational safety. This is certainly important but any ‘holier than thou’ implication (ie. that the US Navy sticks to the rules and other navies don’t) should be avoided. Rule 5 is a basic rule in COLREGS. It states ‘Every vessel shall at all times maintain a proper look-out by sight and hearing as well as by all available means appropriate in the prevailing circumstances and conditions so as to make a full appraisal of the situation and of the risk of collision’. Bridge personnel with their heads in screens are not keeping a proper look-out ‘by all available means’.

While the above points all help explain why US warships are having accidents, there is another important factor that contributed to the collisions involving the US destroyers Fitzgerald and McCain: neither destroyer was showing Automatic Identification System (AIS) data at the time of their accident. This was done to keep their identity as American warships secret.

AIS is a system mandated by the International Maritime Organisation (IMO) through the Safety of Life at Sea Convention (SOLAS). It applies to all commercial vessels of 300 gross tonnage and upwards engaged on international voyages, cargo ships of 500 gross tonnage and upwards not engaged on international voyages, and passenger ships carrying more than 12 passengers. AIS equipped vessels and shore-based stations automatically send and receive identification information to improve navigational safety, help in situational awareness, and provide a means to assist in collision avoidance. However, AIS is not mandatory for warships under the principle of sovereign immunity.

Commercial vessels make much use of AIS to talk to each other when they think they're going too close, to avoid collisions, or to tell another ship what they intend to do. A problem arises if a merchant ship is unable to contact another vessel because it’s not showing AIS. By day this is not a problem as the other vessel can be visually identified. If it’s a warship, a call can be made on Channel 16 (Emergency VHF), such as ‘Warship on my port bow what are your intentions?' By night, however, a vessel can only see the lights of the other vessel, and particularly when many other vessels are in its vicinity, it does not know which vessel to talk to. Interactions between vessels are also more difficult by night because there is greater risk of bridge personnel losing perspective.

Both the Fitzgerald and McCain collisions occurred at night. In the case of Fitzgerald, the other vessel involved in the collision, the container vessel ACX Crystal, is reported to have flashed lights at the destroyer to attract her attention and warn of a potentially dangerous situation. This was presumably because she could not identify the other vessel by AIS.

A further issue with warships not showing AIS is that maritime authorities with control over congested shipping areas use AIS as a basic tool of traffic management. The Maritime and Port Authority of Singapore (MPA) maintains a Vessel Traffic Information System (VTIS) over the Singapore Strait and its approaches, including the area where the McCain collision occurred. It has said that VTIS only detected the other vessel in the collision, the chemical tanker Alnic MC, before the collision, and not the McCain. If it had detected the McCain, the MPA may have been able to send an alert to the vessels and warn them of a dangerous situation.

Sovereign immunity should not be something that excludes warships from following common-sense navigational safety rules, particularly in congested shipping areas. Unfortunately it can lead to an attitude of superiority and exceptionalism: ‘we are warships and we don’t have to follow the rules!’.

It is to be hoped that the review now being carried out by the US Navy will include a rethink of its policy towards AIS. A basic requirement would be that, under normal circumstances, warships should show AIS when transiting busy shipping lanes. The need for navigational safety should be paramount unless there is a high risk of a terrorist attack similar to that on the destroyer USS Cole in Aden back on October 2000. 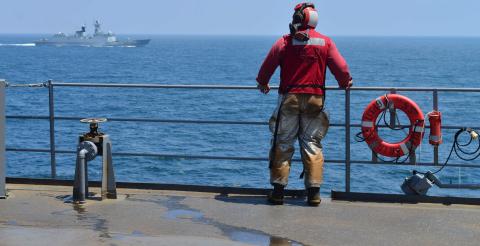 Show Comments
Previous Article
Japan’s five years of Abenomics
Next Article
What is gained by shooting missiles across Japan?