Though it was clear that Prime Minister Narendra Modi would not be attending, China expected at least a ministerial level summit participation from India. 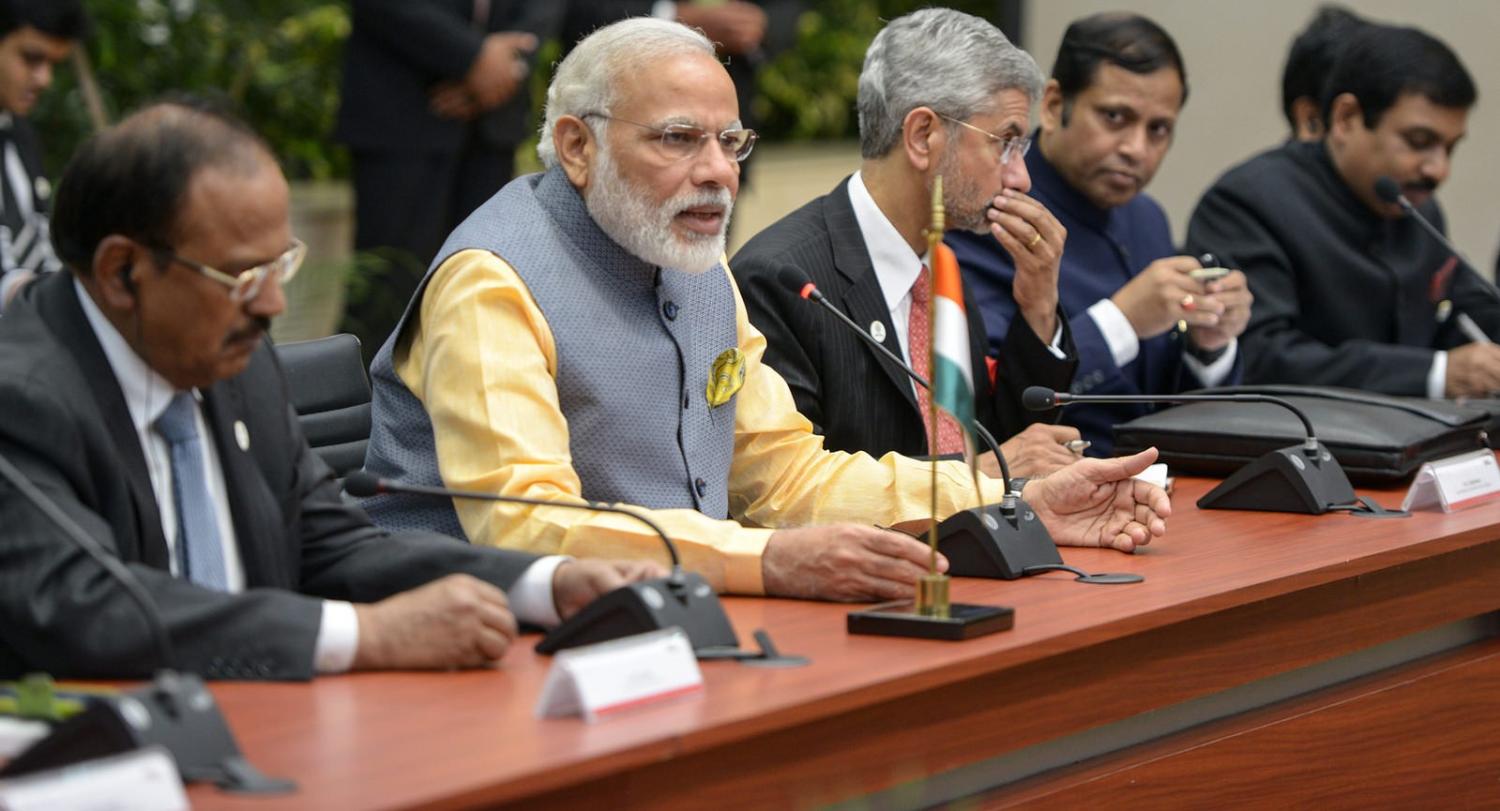 China's President Xi Jinping is today hosting what is arguably the biggest celebration of China's rise as a great power since the Beijing Olympics in 2008. The One Belt, One Road or the Belt and Road Initiative (BRI) forum in Beijing is being attended by 29 heads of state or government and by official delegations from some 60 countries.

Expected to stay away from the summit, the US government and many of its allies decided at the last minute to send senior officials or political figures. But one country conspicuous in its total absence is China's big neighbour India. Though it has been clear for some time now that Prime Minister Narendra Modi would not be attending the summit, China had expected at least a ministerial level participation from India. Foreign Minister Wang Yi told the media in Beijing earlier this month that 'India will have a representative. We welcome the Indian representative as well as members of the business and finance community to take part in the summit'.

It came, therefore, as somewhat of a surprise when a spokesperson for India's Ministry of External Affairs (MEA) issued a strongly-worded statement just hours before the opening of the summit in Beijing to make it clear that India would not be attending.

India's objections to BRI have mainly centred on the China-Pakistan Economic Corridor (CPEC), a flagship project of the initiative that passes through the Gilgit-Baltistan area of Kashmir. As both India and Pakistan claim all of Kashmir, the area is considered a disputed territory by India. In a reference to the Kashmir dispute, the MEA spokesman said that 'connectivity projects must be pursued in a manner that respects sovereignty and territorial integrity'.

Earlier this month, Chinese Ambassador to India Luo Zhaohui told an audience at a New Delhi think tank that China might be willing to change the name of CPEC to placate India. However, perhaps realising that this was unlikely to satisfy India's concerns, the Chinese embassy website quickly removed the short sentence referring to the offer to change the CPEC name from the text of the Ambassador's remarks. It is unclear whether the Ambassador was authorised to make that offer or he was simply testing the mood in New Delhi.

In addition to the Kashmir dispute, India has also complained about the lack of consultation by China prior to the launch of the ambitious initiative. Indian officials have privately argued that India had no problems with joining the China-initiated Asian Infrastructure Investment Bank because there were extensive consultations between China and India prior to its establishment.

This had been India's unofficial position on CPEC and BRI since Xi Jinping first announced the land and maritime Silk Road initiatives in 2013. It was not until July 2015 that an official position was articulated by India. In answer to a question after his Fullerton Lecture in Singapore, Foreign Secretary S Jaishankar (a former Ambassador to China) rightly described BRI as China's national initiative, adding that 'if...a country is going ahead with implementing a national initiative, it's not incumbent on other countries to necessarily buy it. Where we stand is that if this is something they want a larger buy in, there would be a need for a large discussion and that hasn't happened.'

Subsequently, Jaishankar told the Raisina Dialogue in New Delhi in March last year that 'the key issue is whether we will build our connectivity through consultative processes or more unilateral decisions. Our preference is for the former...but we cannot be impervious to the reality that others may see connectivity as an exercise in hard-wiring that influences choices.'

By 'hard-wiring', Jaishankar was alluding to a widespread perception in official circles in India that the BRI initiative is nothing but an attempt by China to unsettle the established regional order and replace it with a China-centric system that would marginalise other major Asian powers such as India and Japan.

But Saturday's statement from the MEA spokesperson added a number of other issues to those outlined above. They emphasised the importance of 'good governance, rule of law, openness, transparency and equality' for multilateral connectivity initiatives, with the implication that China had been flouting these 'international norms'. They also attempted to tap into the concerns of the BRI detractors in other countries who have pointed to the 'unsustainable debt burden' for countries that will host BRI projects and to its ecological and environmental consequences.

The fact that India waited till the last minute to articulate an official position on the BRI Forum is, however, indicative of a bigger problem – the lack of a clear strategy on how to deal with China's rise. Of course, India is not alone in facing difficulties in coming up with a comprehensive strategy to respond to China's growing power. But India is less prepared than other regional powers such as Japan and Australia in developing coherent positions on Chinese policy initiatives that impinge on its security and economic interests.

While there is no shortage of commentary in the Indian media on relations or competition with China, much of what passes for debate on China is shrill and poorly informed. The Indian government's capacity to monitor trends in China and to gather intelligence is very limited. The number of Indian experts, both in government and outside, with the ability to read Chinese sources or comprehend Chinese language broadcasts is extremely low. For a country with a long-festering territorial dispute with China, and that aspires to someday overtake its northern neighbour as an economic and strategic power, this is far from an ideal level of preparedness to meet the challenges posed by China's rise.

After the tests of Donald Trump, the French president has flagged he will be a demanding partner for America.
Andrew Hunter 9 Feb 2021 12:30

It is unambiguously in Australia’s interest to strengthen our relationship with India in many aspects.
Erin Harris 27 Jul 2017 10:53

This week's links include Australia's warning on UK visa changes, the plight of undocumented workers in the US and data on the Eastern Mediterranean Route.