Why North Korea will not return to outright provocations

Even the weekend missile test – while raising tension – must be read as a signal of Pyongyang’s intentions. 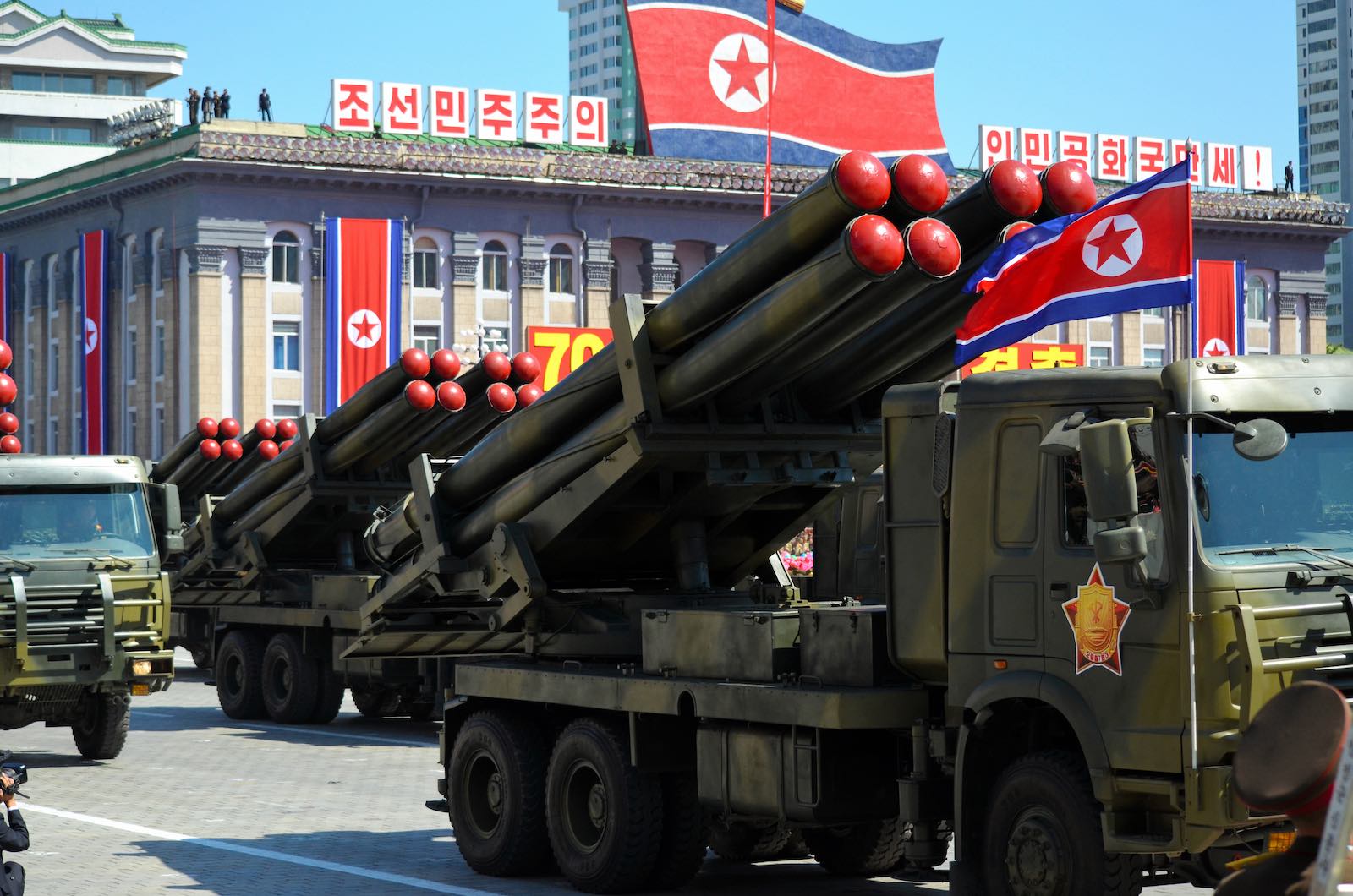 Despite the hype that surrounded the April 2018 summit of leaders from South and North Korea, the first anniversary of the meeting did not attract much attention – and was ignored by North Korea.

South Korea had sought to use the anniversary as a way to resuscitate the stalled denuclearisation and the peace processes, yet North Korea showed no signs of compromise, instead demanding Seoul to break with the US and to forge ahead with the Panmunjom declaration and the a subsequent agreement struck later by the two leaders in Pyongyang. From Pyongyang’s perspective, Seoul’s “sincerity” with the détente depends on its willingness to defy US sanctions.

Kim Jong-un is still invested in diplomacy, shown by his recent trip to Russia, his good personal relationship with US President Donald Trump, and his continued call for South Korea to improve bilateral relations.

North Korea has also sent a strong message to Washington, saying that it will give the US a deadline to the end of the year to change its stance on negotiations or else there would be “undesired consequences” from a change of path. Pyongyang’s decision to launch a short-range ballistic missile on Saturday confirms the downward trend.

North Korea’s threat to abandon dialogue with the US and South Korea has raised much concern that Pyongyang will return to nuclear and missile testing, the degree of which may invite a US preventive attack given the talks would have failed. North Korea’s test of a short-range guided or cruise missile in mid-April, along with Kim Jong-un’s signal of a new way to deal with Washington in his 2019 New Year Address, shows North Korea is ready to walk away from negotiations for good if necessary.

However, while the chance of North Korea’s provocation is increasing, it would be an overestatement to claim that 2017’s “fire and fury” is back. Kim is still invested in diplomacy, shown by his recent trip to Russia, his good personal relationship with US President Donald Trump, and his continued call for South Korea to improve bilateral relations.

Kim’s charm offensive is driven by his calculations that South Korea’s President Moon Jae-in is an independent, ethno-nationalist, and leftwing leader, who is ready to “say no” to Washington if US demands hurt South Korea’s interests. Traditionally, rightwing South Korean presidents have often prioritised ties with Washington and not as invested in inter-Korean relations as much as leftwing ones.

This is not to say that North Korea never increased tension during leftist presidencies. The 2006 North Korea’s nuclear test that occurred during the Six-Party Talks and one year before the 2007 Inter-Korean summit with President Roh Moo-hyun is a case in point. However, despite the anxiety after the test, the then North Korean leader Kim Jong-il defused the tension immediately by pledging to resume the nuclear negotiations.

North Korea also did not couple the 2006 test with an explicit threat to turn Seoul into a “sea of fire” or to attack the United States. Compared to tone taken by North Korea during and after its 2013 and 2016 tests, in which Pyongyang threatened to carry out a preemptive strike and to launch an “all-out offensive” to fight against the America and its allies, North Korea’s signals in 2006, 2013 and 2016 greatly differed. Every nuclear or missile test will increase tension, yet it is the signals sent to accompany such tests that determine North Korea’s utmost intentions.

So when it comes to Saturday’s ballistic missile launch, North Korea’s signalling appears in line earlier scenarios, with Pyongyang refraining from outright threats to the US and South Korea due to the ongoing détente with Moon.

If in the coming months North Korea carries out missile tests under the “satellite clause” without sending a clear and explicit threat towards Seoul and Washington, the message it wants to send is that Pyongyang is still waiting for the US to change its negotiation stance and for South Korea to push ahead with inter-Korean projects independent of US pressure. Pyongyang will not want Moon to lose ground to domestic conservatives or to lose his inside track on US North Korea policy. Plus, Kim certainly wants to reap the economic benefits of Moon’s North Korea policy so will not seek to delegitimise Moon’s approach with outright provocations.

North Korea’s fragile testing moratorium is a reminder that there needs to be a breakthrough in negotiations with Pyongyang to address the nuclear problem pragmatically. Sticking to comprehensive and total rollback of North Korea’s nuclear program is an unwise strategy since such a stance only solidifies the present gridlock.

Instead, the US should seek to lift some sanctions in exchange for Pyongyang’s acceptance to a permanent moratorium and to limit its program. Such a move will give Moon necessary leeway to build more trust between Washington and Pyongyang to preserve the détente.

Thanks to Dr. Nicholas Miller, Assistant Professor of Government at Dartmouth, for his help with the article.