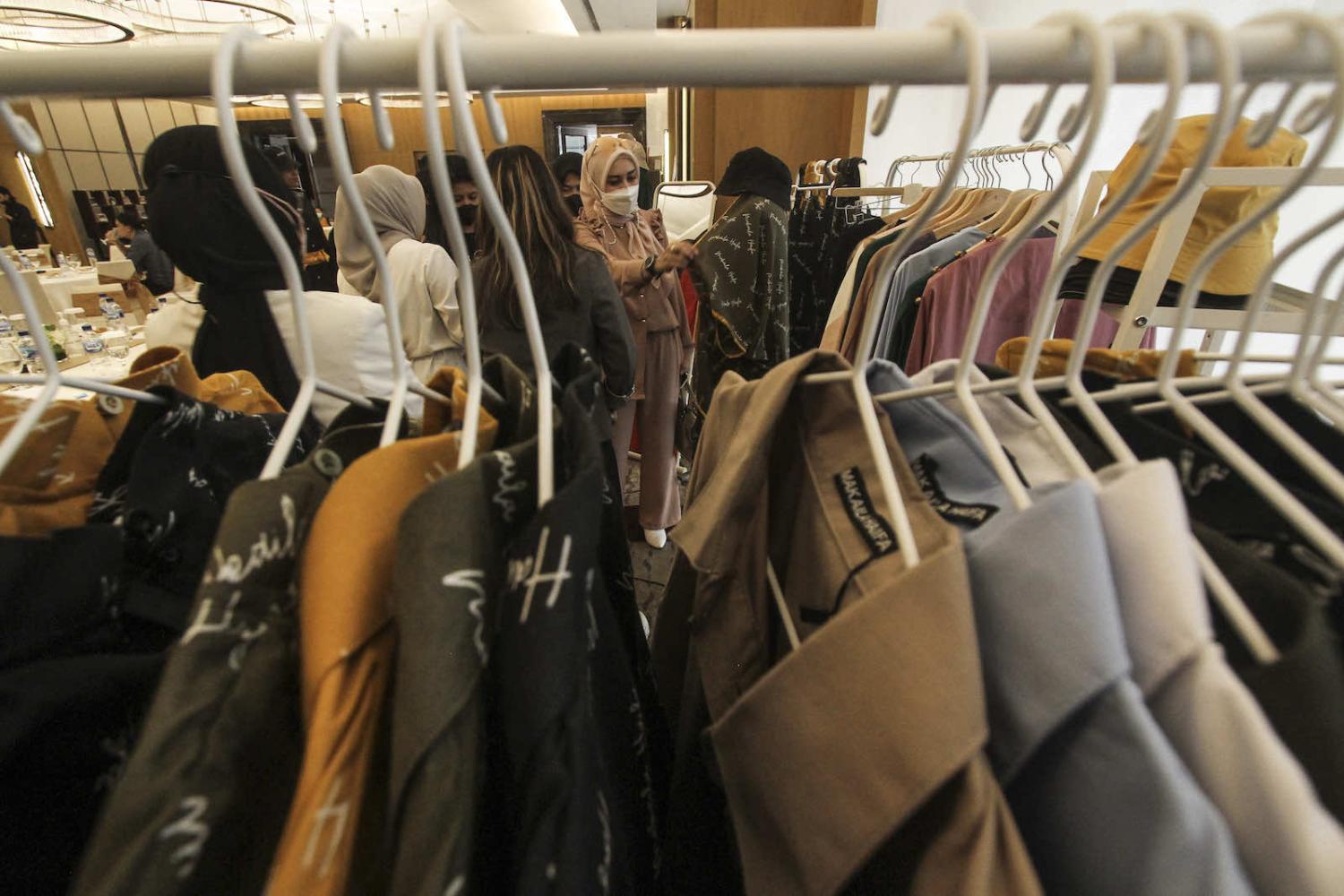 Nazanin Ali walked stylishly in the Westin Hotel Jakarta lounge. Wearing a black hat and collared shirt, she exhibited the “Makaila Haifa” brand of clothing to the invited guests this week at the World Refugee Day gala. Alongside another nine refugees, Ali also spoke, sharing her experiences as an Afghan having fled her home and living in Indonesia for the last seven years, saying she was happy to be involved in this project as modelling and fashion has always been her passion. Still, a rare moment of glamour aside, life as a refugee is often one of hardship. “As a refugee, I cannot work, I cannot go to school, I cannot own property or open a bank account,” Ali said.

Most of the refugees with Ali in the show had come from Afghanistan, as well as Sudan and Eritrea, each having lived between two and eight years in Indonesia. One is Um Muminin, who fled Sudan to seek asylum in another country. While in Indonesia, she gave birth and raised two young sons who now speak fluent Bahasa Indonesia. “The hardest part is work,” Muminin says. “Otherwise, how can we support our family?” She is thankful, however, that her two sons can go to school.

Many asylum seekers in Indonesia had hoped the country would be a transit point to reach Australia by boat, only to find the way denied by Australia’s policy to turn back asylum seekers. But in the last decade, their numbers have also swelled by hundreds of Rohingya who have fled Myanmar for fear of persecution.

Ali and Muminin are involved in Mishka Project, collaborating with the offices of the UN High Commissioner for Refugees in Jakarta to engage women and child refugees in Indonesia to be trained in fashion modelling, styling and choreography. The refugees’ community received a share of the profits from Mishka Project sales.

The gala event for World Refugee Day was not the first outing. Mishka Project also presented at Indonesia Fashion Week last April, featuring the theme “Revive” to support women refugees. Ling Hida Saeful, the founder of Makaila Haifa brand, said that she was touched by the life of women refugees in Indonesia. “I created this project as my gratitude. I was inspired by these tough ladies who bravely determine their life course, bravely following their dreams.” She founded the brand four years ago while struggling as a single mother of two daughters. Now her brand can be found across Jakarta and Singapore.

Data from UNHCR reveals there are more than 13,000 refugees and asylum seekers from around 50 countries living across the archipelago, including major Indonesian cities such as Banda Aceh, Medan, Makassar, Pekanbaru, Denpasar, Bogor, Surabya and Jakarta. UNHCR Senior Protection Officer Julia Zajkowski said the refugees are actively participating in local communities and contributing to society with their skills.

Miskha Project paints a brighter and more hopeful picture of the lives of refugees in Indonesia, in contrast to the common bleak portraits. But even so, it is not a life that is settled.

The hardship for refugees in Indonesia has been exacerbated during the Covid-19 pandemic.

Sawazar Muhammad Musa left Afghanistan more than a decade ago to find a better life. A journalist, he was targeted for his critical works, leaving his wife and two children in a bid to find a permanent home in a country that received refugees. Musa resides in Bogor and joined other refugees who conduct an annual demonstration in front of the UNHCR office in Jakarta on World Refugee Day, pushing for resettlement to a third country.

Indonesia is not a party to the 1951 UN Refugee Convention and doesn’t have a national refugee status determination system. That means refugees in Indonesia are not allowed to gain formal employment and often have limited access to health services. It does, however, allow refugees who are minors to go to school, as Indonesia is a signatory to the UN Convention on the Rights of the Child.

The hardship for refugees in Indonesia has been exacerbated during the Covid-19 pandemic. Some have taken their own lives, according to local media reports, and last year an Afghan refugee set himself on fire during a rally in front of the United Nations refugee agency in Medan, suffering severe burns. The protest called on the international community and Indonesian government to do more to address their plight.

The UNHCR has sought to help refugees with resettlement to a third country, local integration where possible, or voluntary repatriation if safe.

I asked Nazanin Ali during the World Refugee Day event whether she would prefer to be resettled into a third country or to obtain work and education rights here in Indonesia. “If there’s a chance to get access to work and education in Indonesia, why not?,” she said. “I would love to be here. This is a lovely country.”

UNHCR’s Julia Zajkowski said that resettlement to third countries had been the priority for urgent cases, while local integration, helped by initiatives such as the Mishka Project fashion show, had been supported and encouraged. While the prospect of naturalisation for refugees in Indonesia remains a distant hope, local integration of refugees is evidently occurring.

Funding the deficit is a necessary short-term measure, but “free money” can lead down a dangerous path.
Sam Roggeveen 15 Feb 2022 10:00

Canberra should look beyond the Quad and to its own backyard for an all-weather strategic friend.
Aisyah Llewellyn 31 May 2018 11:30