Shinzo Abe was a pioneer of Australia-Japan relations in a complicated geopolitical region. 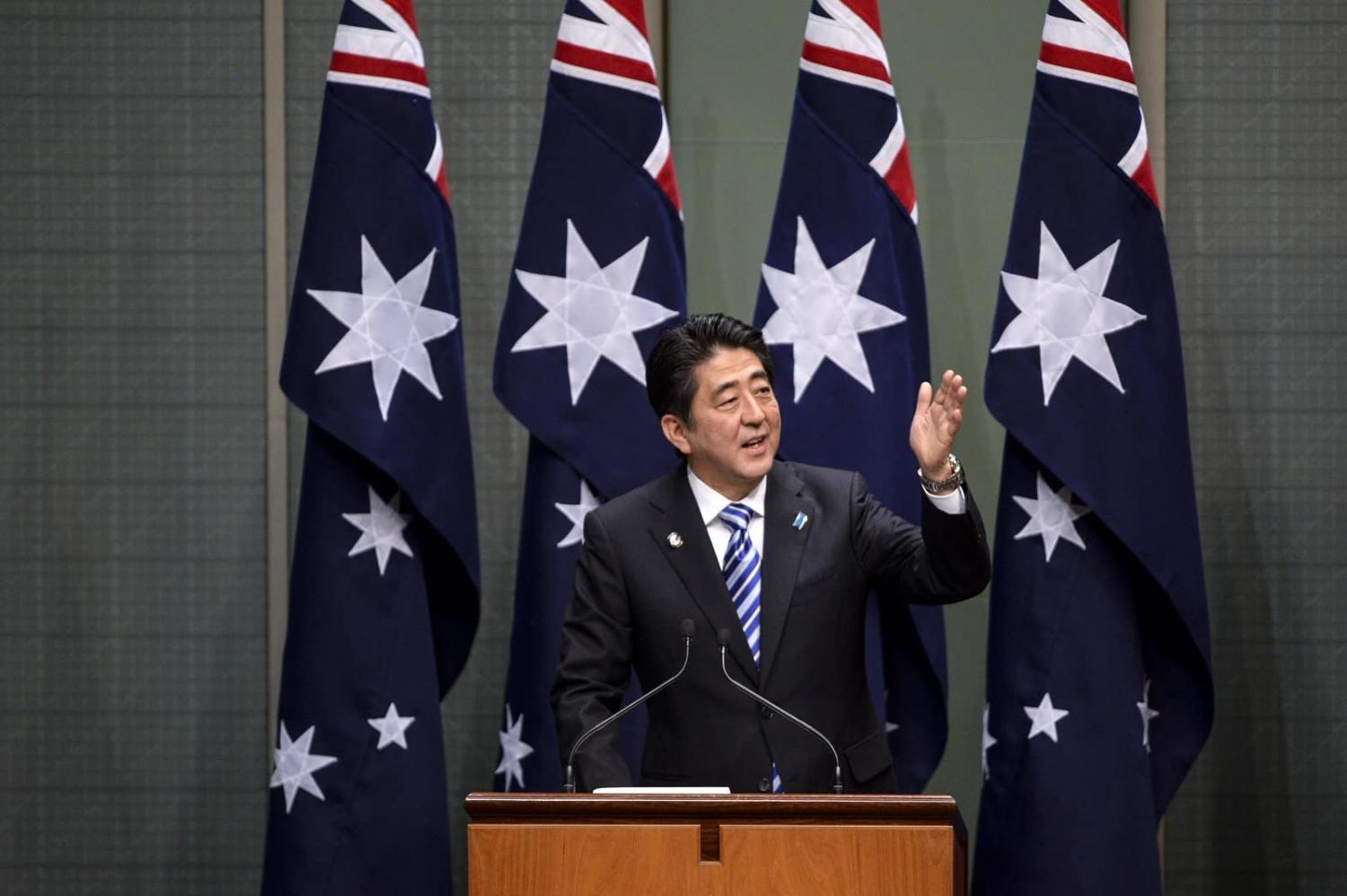 The assassination of former Japanese Prime Minister Shinzo Abe has sent shockwaves around the world. Abe’s term as prime minister ended in August 2020, but he remained leader of the largest faction in the Liberal Democratic Party (LDP) and a “king maker” within the party. Given the outpouring of grief within Japan, it is not surprising that the LDP was the recipient of a sympathy vote and an election victory in the Upper House vote held on Sunday 10 July.

From an Australian perspective, Shinzo Abe has been a crucial player in the extraordinarily close bilateral relationship between Australia and Japan. The condolences, disbelief and sorrow expressed by Prime Minister Anthony Albanese and former prime ministers John Howard to Scott Morrison about Abe’s death are not merely polite platitudes. Abe’s long tenure as prime minister meant he gave stability and continuity to bilateral military and economic upgrades at a time when Australia had a revolving door of prime ministers. Significant multilateral initiatives crucial to both Japan and Australia, such as the Quad and the Trans-Pacific Partnership were also driven by Abe. His impact in the region was remarkable. Upon Abe’s resignation as prime minister on 28 August 2020, then prime minister Scott Morrison tweeted that Abe was a “friend and mentor”.

For Abe, the explicit focus on Australia as a high priority country was personal.

Prior to becoming prime minister in 2006 Abe published Towards a Beautiful Country (Utsukushii Kuni e), which advocated strengthening security cooperation with the United States, Australia and India. This became the genesis of the Quad. For Abe, the explicit focus on Australia as a high priority country (the first Japanese prime minister to do so) was personal. Abe’s revered paternal grandfather, Nobusuke Kishi, signed off on the 1957 Agreement on Commerce that became the cornerstone for bilateral post-war reconciliation and the core foundation of the post-war Australia-Japan relationship. Abe had a strong desire to emulate his grandfather and signed off on the historic Joint Declaration on Security Cooperation (JDSC) with John Howard in March 2007. Abe also sought to strengthen the bilateral strategic partnership through the creation of the controversial Legislation for Peace and Security enacted in 2015 with a view to enabling Japan to exercise the partial right of collective self-defence. Notably, the legislation allows Japanese Self-Defence Forces (SDF) to defend Australia in the event of a survival threatening situation.

On the economic front, Abe and Howard began negotiations for a Free Trade Agreement (FTA) or the Economic Partnership Agreement (EPA) in December 2006. After Abe returned to power in December 2012, he pursued the FTA goal with Australia with renewed vigour and signed off on the FTA/EPA with then prime minister Tony Abbott in September 2014. The JDSC and subsequent security upgrades and the FTA/EPA were the missing pieces in bilateral ties and have led to more updates and even stronger connections between already well-established commercial interest groups and powerful alignment between security communities in Tokyo and Canberra.

The most problematic areas for Australia stemmed from Abe’s desire to amend Article 9 of the Japanese Constitution – which outlaws war as a means of settling international disputes – along with whaling and the submarine saga. Of these issues, Article 9 was the most complex. Successive Australian prime ministers from Bob Hawke onwards have supported Japan’s incremental enhancement of SDF and a greater military role within the United States security framework. There is less support, however, for an amendment of Article 9 due to its potential to provoke hostile responses from China and South Korea and resurrect residual war-related antagonism in the Asia-Pacific region more generally.

His personal friendships with consecutive Australian leaders are in themselves his legacy as Japan’s longest-serving prime minister.

Yet as Australian and Japanese security communities have become closer in recent years, concerns about Article 9 have diminished. Abe’s minimal approach to any possible amendment has also reduced concerns in the region. Whaling has been the perennial thorn in relations and was a source of irritation and indeed serious tension when then prime minister Kevin Rudd took Japan to the International Court of Justice over whaling in Antarctica in 2011 and subsequently had its case upheld. Nonetheless, the whaling issue has been largely managed. The decision by the Turnbull government to select a French company to produce Australia’s next generation of submarines over Japanese tenders in 2016 highlighted the limitations of networks and friendships. Japanese negotiators were genuinely surprised at the Australian decision. It was assumed that it was a “done deal” based on the close friendship between Abe and Tony Abbott. The leadership change, from Abbott to Turnbull, and strict adherence to a tender process that did not favour Japanese interests came as a rude shock to Japanese supporters of Australia and became a source of serious tension for the following 12 months. Given the dramatic ditching of the French tender for UK/US nuclear-powered submarines in September 2020, the loss may well have been of some relief to the Japanese in any event.

Overall, however, the bilateral relationship has been relatively smooth, and Abe expertly developed his political and personal relationships with his Australian counterparts, from Howard to Morrison. His personal friendships with consecutive Australian leaders are in themselves his legacy as Japan’s longest-serving prime minister who proactively pursued a “special strategic partnership” with Australia in the age of the Indo-Pacific.

This is a revised version of an article originally published on 31 August 2020.

Previous Article
An element of doubt? Rare earths targeted in disinfo campaign
Next Article
The China factor in France’s growing engagement in the “peaceful sea”

Canberra is busy diversifying its diplomatic efforts partly in response to ASEAN's shortcomings.
Malcolm Cook 4 May 2020 14:00

Covid-19 and development banks in Asia

Covid-19 has challenged fears, or hopes, the AIIB would supplant the World Bank and ADB as the development bank in Asia.
Brendan Thomas-Noone 25 Jan 2018 11:47

Last year saw a surge in testing and deployment of both ballistic and cruise missile technology throughout the Indo-Pacific.