If the Morrison government is on board with reducing emissions, as it seems to claim, it needs to step up its policies. 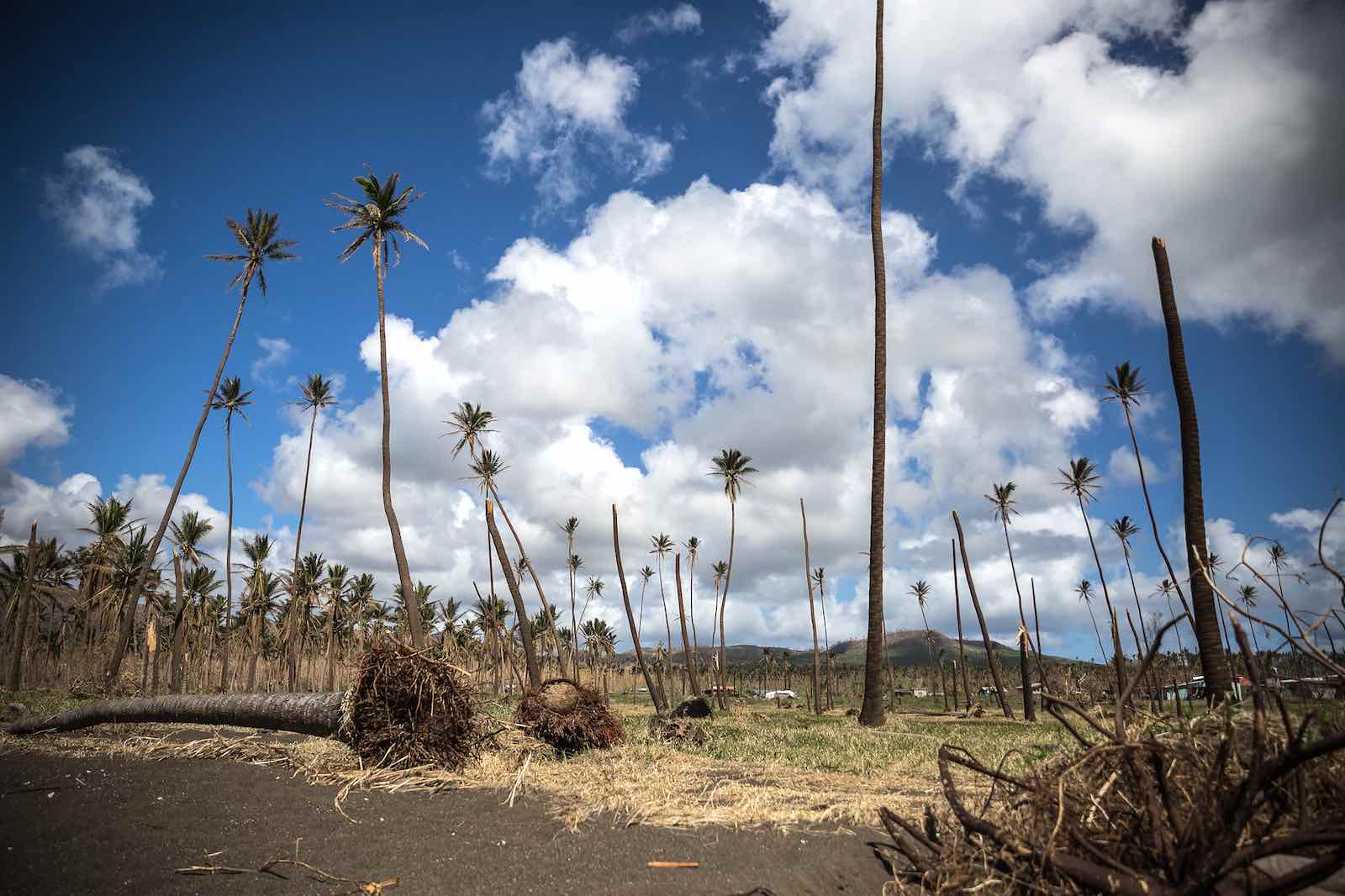 Those ministers who do say that they “accept the science” are unwilling to address the policy implications, which require a tripling of emissions reductions beyond the voluntary pledges made under the Paris Agreement on Climate Change, known as Nationally Determined Contributions (NDCs).

Since the election of the Coalition and abolition of the Gillard-era carbon price, Australian emissions have been increasing, not falling.

Morrison’s recent lecture to the Lowy Institute fudged this challenge on climate policy, calling for “a practical resilience, optimism, and resolve, rather than the anxiety-inducing moral panic and sense of crisis evident in some circles today.”

Neighbouring Pacific island countries are basing their calls for urgent action on scientific research, not moral panic. At the 2019 Pacific Islands Forum in Tuvalu this past August, all Forum leaders – including Morrison – adopted the Kainaki II Declaration, which stresses:

“The science is non-negotiable. Urgent action by the international community to reduce greenhouse gas emissions is critical to keep us on the 1.5°C pathway.”

Within weeks of the Forum, however, a key Morrison government minister announced, “I don’t know if climate change is man-made.” When asked whether human-induced climate change was making Australian bushfires more intense, David Littleproud replied, “Whether it’s man-made or not is irrelevant.”

Littleproud is no cranky backbencher. Touted as a future leader of the National Party, he is the Minister for Water Resources, Drought, Rural Finance, Natural Disaster, and Emergency Management. He has key portfolio responsibilities for Australian climate policy, at a time his own electorate is ravaged by drought and bushfire.

In the face of widespread scorn and ridicule, Littleproud soon backflipped, telling the House of Representatives on 12 September:

Since then, Morrison and Treasurer Josh Frydenberg have also reaffirmed their faith in “the science” during trips to drought-affected areas. The Drought Minister’s dog whistling, however, has already served its purpose, playing to a farming and mining lobby that is reluctant to address the looming costs of a major transition in energy, transport, agriculture, and land clearing. Apparently, accepting the science doesn’t involve acting on it.

This is not the first occurrence of ministerial backsliding on climate science. As the IPCC released its special report Global Warming of 1.5 Degrees Celsius in 2018, then–Environment Minister Melissa Price argued that the world's leading climate scientists are “drawing a long bow” by calling for an end to coal-generated electricity.

Island leaders have highlighted the importance of other scientific reports, including the 2019 IPCC special report on the Ocean and Cryosphere in a Changing Climate (For busy politicians, the IPCC provides a crib sheet setting out the key findings and the IPCC’s level of confidence in the rigour of the science).

In September, to coincide with the UN Climate Action Summit boycotted by Prime Minister Morrison, the World Meteorological Organisation (WMO) also issued a new scientific report. It states that emissions reductions must at least triple to meet the existing objectives of the 2015 Paris Agreement on Climate Change.

Current NDCs pledged in 2015 are estimated to lower global emissions in 2030 by up to 6 gigatons of CO2 equivalent (GtCO2e). But the emissions gap to meet the 1.5°C target is 32 GtCO2e. The WMO report is explicit about the policy response required to address the science:

Few countries will be able to meet this challenge, but if you purport to “accept the science”, business as usual is not an option – emissions reductions must ramp up now. As the WMO states:

“If NDC ambitions are not increased immediately and backed up by action, exceeding the 1.5°C goal can no longer be avoided. If the emissions gap is not closed by 2030, it is very plausible that the goal of a well-below 2°C temperature increase is also out of reach.”

Since the election of the Coalition and abolition of the Gillard-era carbon price, Australian emissions have been increasing, not falling. Pacific governments are angry at the complacency shown by the Morrison government, including the plan to use Kyoto carryover credits to meet current pledges, instead of new policy initiatives (many OECD countries –including Denmark, Germany, New Zealand, Sweden, and the UK – have already ruled out using these Kyoto credits to meet their 2030 pledges).

Our children understand. Young people organising last month’s climate strike put indigenous people from Australia and the Pacific islands in the front rank of every rally. They understand you can’t have a successful Pacific “step up” without rapid shifts in climate policy. But in the face of opposition from the mining lobby and agri-business, is the government capable of implementing policy initiatives that respond to the latest scientific research on oceans and temperature?

For Australia to be the “partner of choice” in the Pacific, time is pressing, and the challenge to the Morrison government is already on the table. Vanuatu will host the next Forum leaders meeting in 2020, and Foreign Minister Ralph Regenvanu has already highlighted regional expectations:

“Pacific leaders expect Australia to prepare to come to the Forum next year ready to make further, tangible commitments on climate change. Without those commitments we have to ask, what is the Pacific Island Forum for? Does Australia want a seat at the table or not?”