During Covid, the independence campaign could have been forgotten. But a new generation of activists is forging ahead. 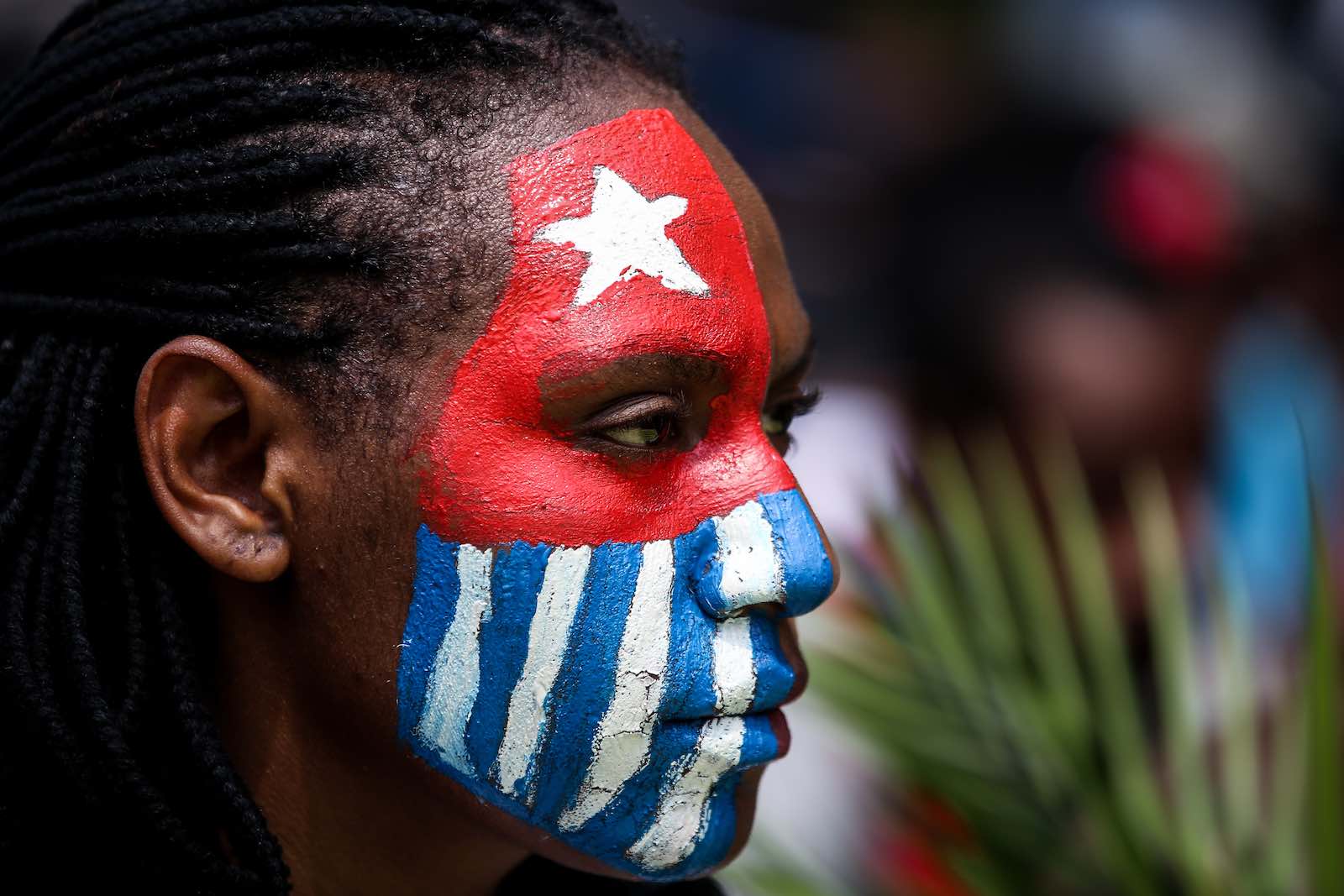 When Vanuatu’s Prime Minister Bob Loughman addressed the UN General Assembly last month, he echoed a concern that has often been expressed by his predecessors, not about the Pacific directly, but about alleged human rights abuses in West Papua.

“The world is taking a selective approach” Loughman said about investigating claims of human rights violations in the province.

Last year, leaders from the Pacific Islands Forum respectfully called on the Indonesian government to allow the United Nations Office of the Human Rights Commissioner to visit West Papua province. To date, there has been little progress on this plan. I therefore call on the Indonesian government to please heed the previous call of Pacific leaders.

This call was subsequently repeated by Tuvalu’s Prime Minister Kausea Natano, the present chair of the Pacific Islands Forum. Natano wrote to UN human rights chief Michelle Bachelet to request a report on progress negotiating access to Indonesia’s Melanesian provinces to investigate reports of widespread and apparently systematic violence and oppression against the indigenous peoples there.

Of course, no progress has been made. Arguably, none was expected.

Indonesia’s response to Vanuatu’s address was to send a junior diplomat to lambast the government of Vanuatu for an “obsessive and unhealthy” fixation on what it insists are purely internal matters.

It wasn’t supposed to go this way.

Benny Wenda, chair of the United Liberation Movement for West Papua, who lives in exile in the UK, has led an online lobbying campaign over recent months to keep West Papua on the Pacific’s political agenda. Yet the campaign has achieved only a fraction of what the ULMWP hoped. In 2019, a plan was formulated in close cooperation with Vanuatu’s then–foreign minister Ralph Regenvanu, in which Wenda and his team intended to make West Papua a key part of the PIF agenda.

Nearly everything went wrong. Regenvanu was outmanoeuvred in the coalition-building that followed the general election in March this year. Instead of holding on to the foreign ministry and taking over as prime minister, as he and others had hoped, he was relegated to opposition leader.

And, of course, Covid-19 has driven nearly every other issue off the regional radar. What little space is left is dominated by China’s rise and America’s incipient political implosion.

The UN General Assembly saw only one Pacific government raise the matter of West Papua, down from six the year before.

In the past, this might have meant a return to obscurity for the West Papuan independence movement. But Benny Wenda represents a new generation of activists. They’ve achieved unity of purpose, something their forebears never managed. Social media has fuelled vitriol against them, but it’s also been cannily leveraged by a connected membership, who use it to propagate evidence of violence and oppression against peaceful protesters.

Within a week of airborne assaults against a village in remote Nduga in 2018, images surfaced showing spent and live munitions, and graphic depictions of wounded, some allegedly burned by white phosphorus, banned for use against humans, a claim Indonesia has denied.

Benny Wenda has been compared to Timor-Leste’s José Ramos Horta, whose decades of advocacy won him a Nobel Prize and helped his country gain independence from Indonesia. Wenda also has high-profile support, including Australian lawyer Jennifer Robinson, who has represented Julian Assange and defended BBC Persian staff from persecution by Iran.

And Pacific leaders are becoming increasingly confident on the world stage, aware of their bargaining power in a range of areas important to their own interests, such as on ocean management or climate change, while the big players compete for influence in the region.

Campaigners for West Papua even have the China angle covered.

“Australia and New Zealand need to think twice about securing West Papua,” Wenda told me in an interview last week.

“Strategically, West Papua is a very important ally,” he said. In a region more inclined to fragment than to coalesce, the argument that a free West Papua would be a stronger bulwark on Australia’s northern border is a canny line. Wenda sought to invoke memories of past alliances in even more dangerous times. “Melanesians were warriors in the front line in the Second World War,” he said. “We are the front-line defence.”

It seems the best Wenda can hope for from 2020 in his campaign for West Papua is to continue treading water. But in a world drowning in crisis, that’s an achievement.