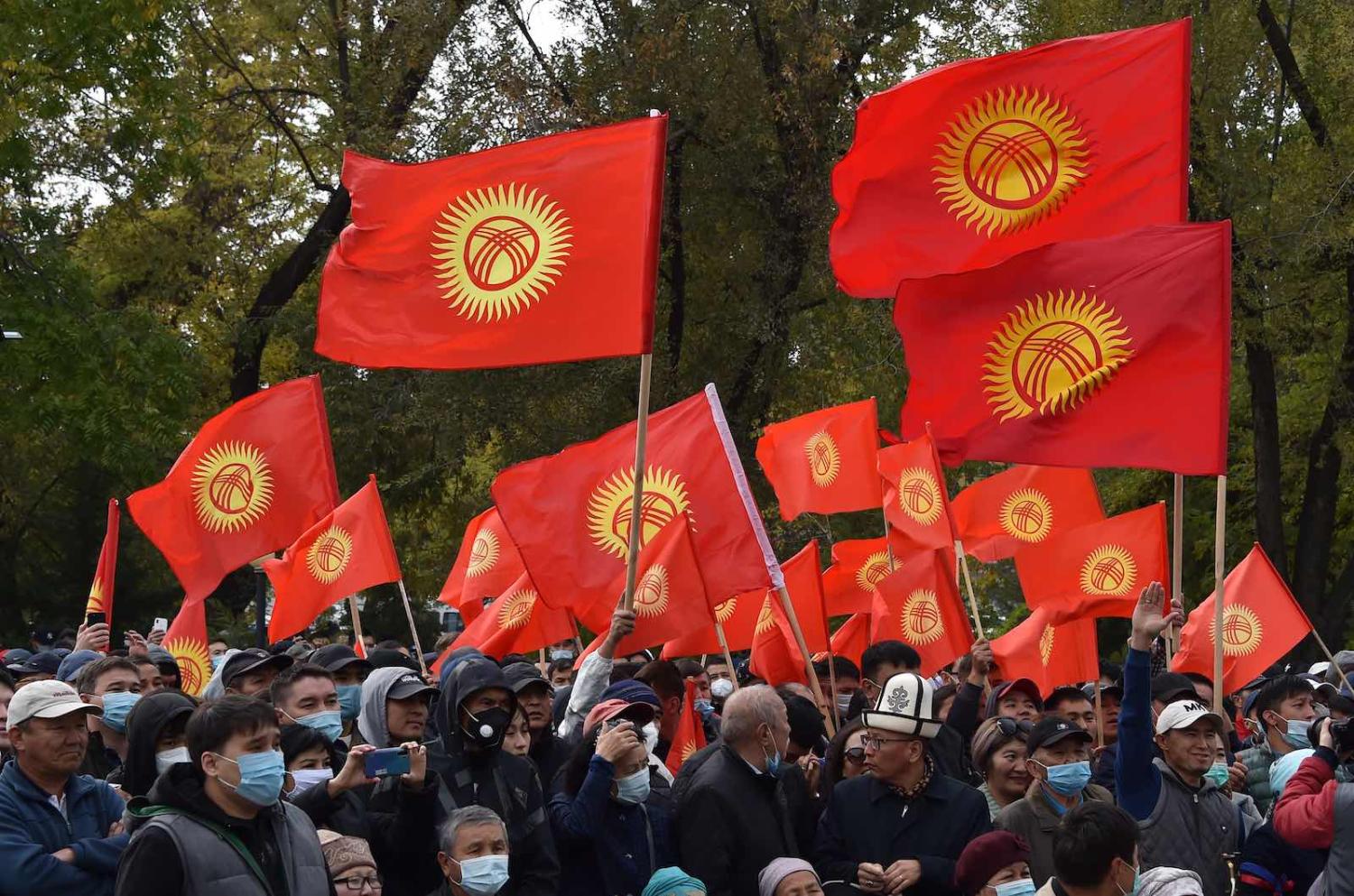 Kyrgyzstan, a former Soviet republic seen as Russia’s most loyal ally in Central Asia, has been rocked by unrest after a disputed parliamentary election held on 4 October. Moscow’s reactions to the Kyrgyz crisis have so far been relatively ambivalent, even though the nation hosts a Russian military base and is a member of the Kremlin-led Eurasian Union, as well as the Collective Security Treaty Organisation (CSTO).

Preserving the status quo in Central Asia seems to be one of Russia’s top priorities in the region, especially after two other CSTO member states – Belarus and Armenia – have been destabilised by protests and conflict. Still, there is little danger for Moscow that a potential regime change would bring anti-Russian forces to power, like what happened in Ukraine in 2014. Most actors in Kyrgyzstan have strong ties with the Kremlin, as the country is dependent on Russia’s loans, and political parties allegedly backed by the West did not manage to pass the 7% election threshold, or to play a major role in the post-election turmoil.

Following the vote, several opposition parties staged mass protests in the capital, Bishkek, claiming that the vote was rigged. Protesters managed to seize the parliament building and the president’s office, but not to overthrow the country’s leader, Sooronbay Jeenbekov. They did, however, free from prison the country’s former president and prime minister, Almazbek Atambayev, who was arrested in August 2019 and sentenced to 11 years on corruption charges.

Atambayev, it should be noted, was the one who announced Kyrgyzstan’s entry into Eurasian Customs Union in 2015, while in 2014 he secured the withdrawal of the US military base from the country, amid pressure from the Kremlin. His supporters expected him to play a major role in a post-turmoil Kyrgyzstan, but he was re-arrested just four days after he was freed.

The former Soviet republic is one of the poorest countries in Central Asia, but it has significant natural resources, and its location has geostrategic importance not only for Russia, but also for China.

Before the elections, Russian President Vladimir Putin hosted Jeenbekov in Moscow, sending a clear message that the Kremlin is not interested in any “colour revolutions” in the Central Asian country. With or without Russia’s direct support, Jeenbekov managed to consolidate his power and impose a state of emergency in Bishkek on 12 October, which eased tensions in the city.

But while Jeenbekov may have survived so far, the power struggle in Kyrgyzstan is far from over. It remains to be seen if new parliamentary elections will take place before 6 November, as announced by the Central Election Commission, and if powerful local clans can reach deals over the future of the country.

In the short term, Jeenbekov is expected stay in power, but even if he is eventually replaced by any of his rivals, the country’s geopolitical course is unlikely to change. Over the past 15 years, Kyrgyzstan has had two “colour revolutions”, but neither resulted in a radical transformation of Kyrgyz foreign policy.

For Bishkek, Russia is one of the most important trading partners, and around 640,000 Kyrgyz work in Russia – about 10% of the country’s 6.5 million population. There were also discussions of joining the Russian Federation, although such a scenario seems highly unlikely, as Kyrgyzstan would be one of Russia’s many federal subjects requiring permanent subsidies from the central budget. The former Soviet republic is one of the poorest countries in Central Asia, with close to 32% of the population living below the poverty line. Still, it has significant natural resources, primarily coal and gold, and its location has geostrategic importance not only for Russia, but also for China. Bishkek’s main lender is Beijing, to whom Kyrgyzstan reportedly owes $1.8 billion.

There have also been rumours of Russia trying to privatise Kyrgyzstan’s state-owned railway enterprise, Kyrgyz Temir Zholu. Such a development could effect the construction of the China-Kyrgyzstan-Uzbekistan transport corridor – a Beijing-supported project seen as contrary to Russia’s current monopoly on transiting Chinese cargo to Europe. Indeed, realisation of this project could significantly undermine Russia’s position in the region and pave the way for China to increase its power in Central Asia.

How the people of Timor‑Leste feel about security

Moscow is likely seeking victory on the cheap against Kyiv – which offers an opportunity to influence its strategy.
Grace Kirk, Anna Kirk 10 Feb 2017 15:05

Tanna takes us inside an ancient yet contemporary world that very few people will ever experience.