Indonesia: the not so good news 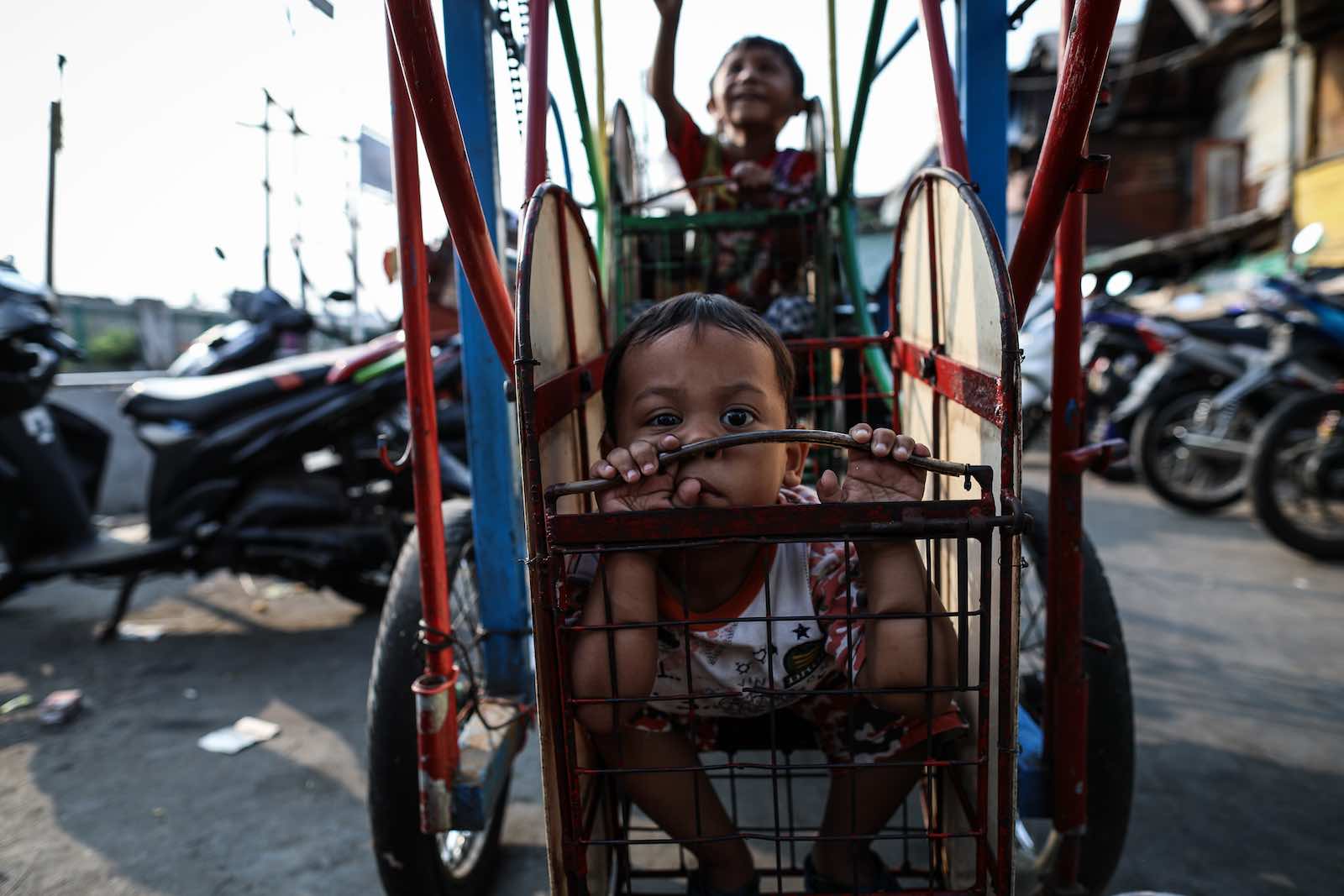 Indonesia’s booming economy has been growing between 5% and 6% for years and its GDP (PPP) is well ahead of Australia’s. A G20 member, it is proud of its new status as an emerging middle-class country, with PricewaterhouseCoopers predicting it will be among the world’s top five economies by 2050.

This is why Indonesia now likes to see itself as an emerging aid donor rather than a recipient. And it is a big part of why Australia’s aid program in the country – once Australia’s biggest – has been slashed to the bone over the last decade. This was a mistake. The good news about Indonesia’s economic success masks the real situation: Indonesia is becoming a wealthy country, but it still has an enormous number of very poor people, and they are not doing well.

Most expert observers of Indonesia – and many Indonesians – agree that it has been in democratic regression over the last decade, accelerating in the last five years.

About 20% of Indonesia’s population of 270 million – 50 million people – remains vulnerable to falling into poverty, with income just above the international poverty line of US$1.90 per day. And it gets worse outside the islands of Java and Sumatra, which contribute about 80% of GDP. Poverty rates are seven times higher in Papua than Jakarta, the capital.

The reason is simple – Indonesia’s new wealth isn’t trickling down fast enough. The four richest billionaires in Indonesia have more wealth ($25 billion) than the poorest 40% of Indonesians ($24 billion), that is, 100 million people. The income share held by lowest 20% is only 6.8%, with gross national income per capita just US$3,840, lower than Samoa, Tonga, Fiji, and neighbours Malaysia and Thailand.

The Indonesian government’s capacity to fix this severe inequality is limited by tax revenues of just 9.9 % of GDP, the lowest in Southeast Asia apart from Myanmar, and lower than the average for least developed countries.

As a result of historically limited government investment in the health system and marked regional disparities, Indonesian health outcomes are way below those of a middle-class country.

For example, the maternal mortality ratio (per 100,000 live births) was a huge 177 in 2017. By contrast, the average across the Organisation for Economic Coperation and Development was 14. Even Indonesia’s poorer neighbour Timor-Leste ranked better with 142. The infant mortality rate (per 1,000 live births) was 21, higher than Pacific countries including the Solomon Islands (17), Samoa (14) and Tonga (13), and far beyond neighbours Thailand (8) and Malaysia (7).

Stunting is another serious problem, affecting 36.4% of Indonesian children under 5 in 2013. This is on par with sub-Saharan countries such as Malawi, Angola, and Sierra Leone, and Indonesia’s large population means it ranks fifth in the world for the number of stunted children.

Indonesia’s education system is struggling as well. Despite big improvements in access, quality remains very poor. The widely cited Programme for International Student Assessment (PISA) scores in 2018 fell in all categories since the last test in 2015. Of 79 countries, Indonesia ranked just 73 in mathematics, 74 in reading, and 71 in science, well below Singapore, Malaysia, Brunei, and Thailand.

The scores from the Programme for the International Assessment of Adult Competencies (PIAAC) offers another measure that is equally concerning. A typical Jakarta adult (aged 25–65) with tertiary education has lower literacy proficiency than the typical OECD adult aged 16–24 with no more than lower secondary-school education. Some 32% of Jakartans are below level 1 (the lowest level) in literacy, compared to only 4.5% of OECD adults.

Why is this happening in a country boasting economic success? A big part of the problem is poor governance and its partner, corruption. Most expert observers of Indonesia – and many Indonesians – agree that it has been in democratic regression over the last decade, accelerating in the last five years.

Freedom House, for example, ranked Indonesia as “free” from 2006–2013, yet now it rates it only “partly free”. The Economist Intelligence Unit likewise sees Indonesia as “flawed democracy”, ranking 64 of 167 countries, lower than neighbours Malaysia and the Philippines.  Reporters Without Borders (RSF) saw press freedom – key to any successful democracy – as problematic too, ranking Indonesia at just 124 of 180 countries in 2019.

Indonesia’s entrenched corruption has long been a politically-volatile popular grievance but changes backed by the political elite soon after last year’s elections gutted the courageous anti-corruption commission (the KPK). Corruption investigations are already faltering. In 2019, Indonesia scored 40 on Transparency International Corruption Perceptions Index (where 100 is “most clean”), making it 85th of 180 countries, and it is now likely to see its ranking slide.

In short, poor governance linked to corruption and democratic regression in Indonesia is severely hampering outcomes for the poor in health and education, and maintaining deep inequality. Australia’s new free trade agreement with Indonesia flags a desire to access some of the fast-growing wealth of its tiny elite. But what about the other Indonesians? The 2018 Human Development Index (based on life expectancy at birth, expected years of schooling, mean years of schooling, and GNI per capita) placed Indonesia at 111 of 189 countries and territories, a rank it shares with Samoa.

But unlike Samoa, Indonesia is a gigantic nation of 270 million people located directly to Australia’s north. Increased aid won’t buy leverage in Indonesia, but it can win access, and sometimes influence, in a country that is vital to Canberra’s strategic planning, and will only become more important as China reaches into Southeast Asia.

More importantly, reviving Australian aid for health, education, and governance can help some of the 72 million poor or near poor Indonesians – particularly woman and girls – struggling to stay healthy and get educated on just a little over $2 a day.

Show 1 Comments
Previous Article
Competitive coexistence: A new blueprint for Russia-West relations
Next Article
Solastalgia: A malady for our age?