The Trump-Xi meeting: A view from China

China would feel more assured if Xi’s American host would repeat his support for the One China policy.

As the White House finalises its preparations for the arrival of Chinese President Xi Jinping, it is to be hoped both sides are as much invested in working towards outcomes of substance as they are in protocol.

In terms of substance, there are ample areas for the two presidents to address. These include: revitalising the global economy; aligning Chinese and American ambitions for future prosperity; and addressing their differences on the Taiwan issue, bilateral trade, the Korean Peninsula and the South China Sea.

So, what should we realistically expect from this summit?

We can start with the major source of China-US bilateral friction: two-way trade and the currency exchange rate. Despite vast amounts of common economic interests, the two countries remain much divided as to how to manage their trade imbalance. Lately China has been enjoying a significant trade surplus (in excess of $US300 billion per annum). This growing imbalance has troubled successive US governments, as has the associated issue of jobs relocating from the US to China.

This imbalance needs to be addressed if the backlash against globalisation is to be contained. The solution is not to reduce China’s exports to the US through a border tax but to increase US exports to China. The US is vigilant about guarding access to its sensitive high tech industries, but it still has much to offer, including its safe food and rich agricultural products.

In relation to currency issues, since late 2016 China has taken measures to prevent its currency from further depreciating. While China has to do so to boost market confidence and sustain its newly acquired RMB status as an international reserve currency at the IMF, there has also been pressure from declining exports during the last two years. With this context in mind, China is clearly committed to doing what is necessary to stabilise its currency.

President Trump’s accusation that China is the 'grand champion' of currency manipulation appears to be at odds with the view of the US Department of Treasury. Moreover, given Chinese corporations invested $45.6 billion in America last year, the Trump team will likely be cautious about playing the trade game and will likely seek not to push the envelope too hard.

Secondly, the Taiwan issue. Reportedly, it is Secretary of State Rex Tillerson who can take credit for ensuring the US will continue to honour the 'One China' policy. His long experience in business has left him well acquainted with the importance of this unshirkable position. However, China may still be concerned about Trump’s unstable temperament. While President Trump voiced his support for the policy to President Xi during a phone conversation in February, China would feel more assured if Xi’s American host would repeat his support for this policy, which has been a constant since the Nixon presidency.

It is possible that China and the US could make a deal without admitting the deal. As China already invests $40 billion a year in the US, it may be able to indicate its intention to invest more than $200 billion over the next five years, eclipsing Japanese Prime Minister Abe’s promise to invest $150 billion in the next few years. China would do this anyway, with or without pressure from Trump. But by making it a partnership with Trump’s 'buy America, hire America' policy, China could maximise its return, primarily with a US reassurance on 'One China' (even though this is something the US should give with or without China’s carrot and stick).

Third, the DPRK nuclear issue is high on the agenda of the summit.  On the one hand, Secretary Tillerson is right to recognise, as he admitted during his East Asia debut, that US policy on Pyongyang’s nuclear program in the past two decades has failed. On the other hand, however, the Trump team has to be careful about stating that all US options are now on the table, or pledging that America will act alone if China is unhelpful.

In reality, the US already has no practical military option and nor can it afford to lose any more time while the DPRK nuclear program advances. Given these constraints, President Trump should take a strategic view of working with the nuclear reality of the DPRK by neither accepting it politically nor acting as it if could still be pre-empted. The best route would be across the middle ground with a demand to North Korea to cap, freeze and eventually cut its nuclear wherewithal. China should partner with America and other relevant stakeholders in a realistic approach toward nuclear disarmament on the Peninsula. The Xi-Trump summit is a good opportunity to conceive a grand strategy along this line.

Finally, this first meeting between the two leaders will hopefully nurture mutual understanding and respect. Substantial cooperation would be helped by personal chemistry. But even if this is absent, any joint effort to rein in nuclear proliferation in Northeast Asia, or to promote a balanced trade relationship, would help to forge mutual trust and lay a foundation for engagement and collaboration in coming years. 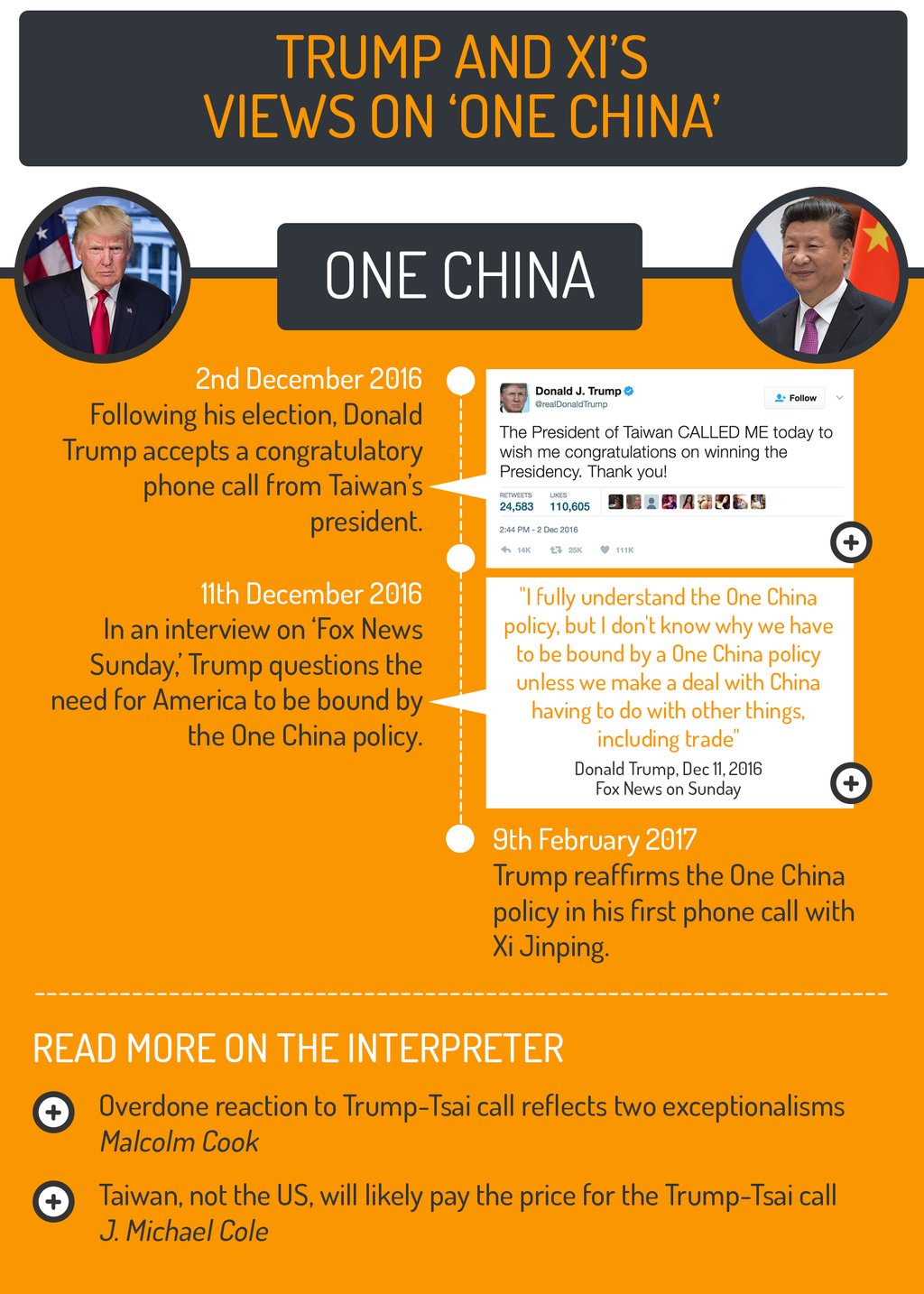 The abuse of women and children must be urgently addressed as a key issue in the hierarchy of harm.
Greg Earl 11 Oct 2018 16:30

Australia has a new way to count Chinese foreign investment, underlining how this has become a vexed policy issue.
J. Michael Cole 7 Dec 2016 17:06

Taiwan, not the US, will likely pay the price for the Trump-Tsai call

China is likelier to retaliate is against Taiwan itself.